If you’ve been having trouble with some of Apple’s online services today, you’re not alone, with the company confirming numerous ongoing outages as well as more that have been fixed. Issues are being reported across iCloud in particular, with Backup, Mail, Notes, Calendar, and Keychain all among the services affected.

Apple is yet to comment on the cause of the faults today. Neither has the company said how many of its customers are impacted, only that “some users are affected” and that they “may be unable to use” the services. 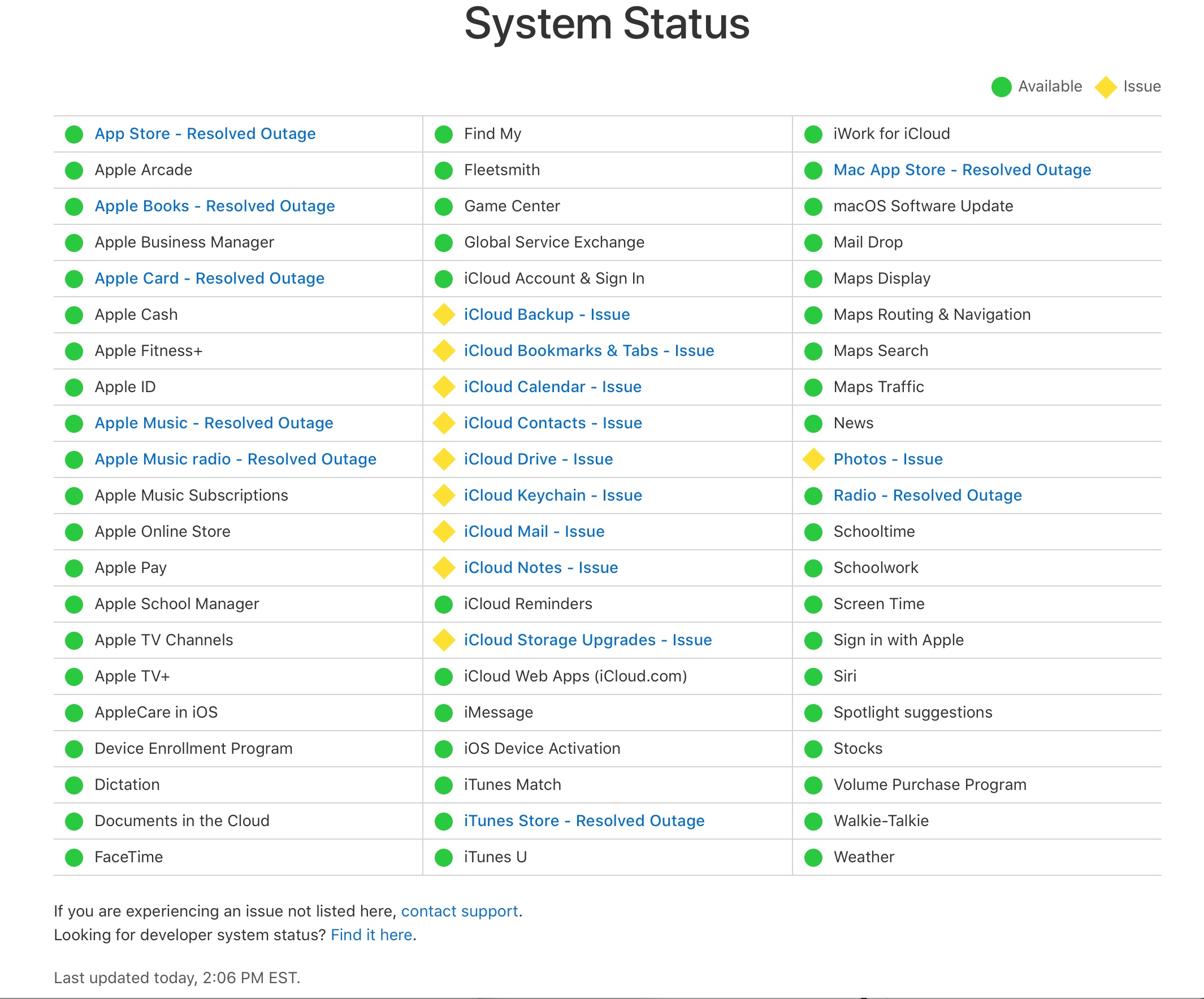 The situation was even more problematic earlier today, however. Apple says it started noticing issues with some of its other online services at around 8:26AM EST. that included the App Store, Apple Books, Apple Music, and Apple Music radio. The iTunes Store, Mac App Store, and Apple Radio were also affected.

In a separate event, problems with Apple Card were reported yesterday. That left some users unable to activate the physical Apple Card that the company provides, for use when payment terminals and cash registers don’t accept NFC transactions via an iPhone or Apple Watch. However the problem only lasted around an hour, Apple says.

It’s a reminder that we’re increasingly reliant on online services, even if we don’t explicitly use them. iCloud Keychain, for example, is responsible for synchronizing passwords across different Apple devices signed into the same Apple account. iCloud Bookmarks & Tabs does the same thing to harmonize bookmarks and open pages in Safari, so that they can be accessed regardless of the device you’re using.

If you were relying on iCloud Drive to work around limited local storage, meanwhile, you might find that today’s outage limits your access to some files, if there wasn’t a copy also stored on your Mac.

Update: As of 1:13pm ET, Apple reported outages of iWork for iCloud, iMessage, Find My, and other online services. Some users will find they’re unable to access them. No word on a potential restore time at this stage. 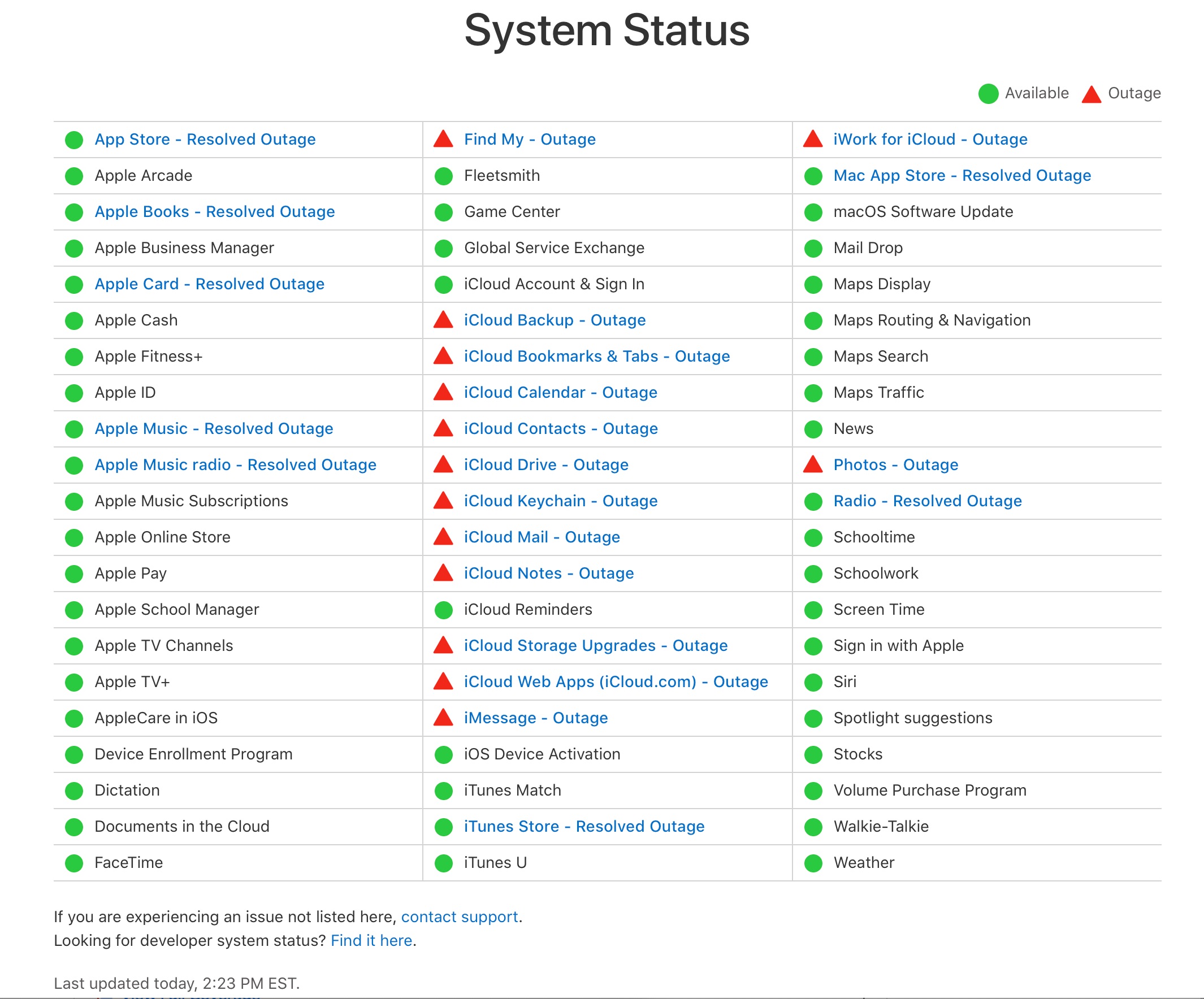