IBM’s Watson will analyze your personality

IBM’s supercomputer Watson is trying its hand at discerning personalities, and it bases its guesses on text samples. A demonstration of the technology allows anyone to copy in their own snippet of text and get an assessment based on it — whether your own will prove accurate is another matter. This is the latest example of computers learning to predict and analyze; we saw a different example yesterday via a neural network that is learning to write.

The technology is called “Personality Insights”, and as the name suggests, it tries to provide insights into someone’s personality. How it does this is simple — it looks at something you wrote, like a blog post or a tweet. It is probably best to use something informal rather than a report or other stuffy writing. 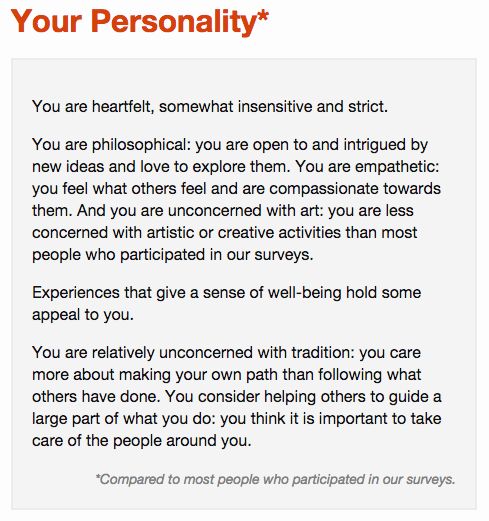 The above shows an example of its assessments, which is about 50-50 in its insight accuracy — about half of them are accurate, and a couple of them are quite incorrect. Its analysis was based on a 300 or so word article. When trying it again with a much longer excerpt from a blog, it gave wildly different results: 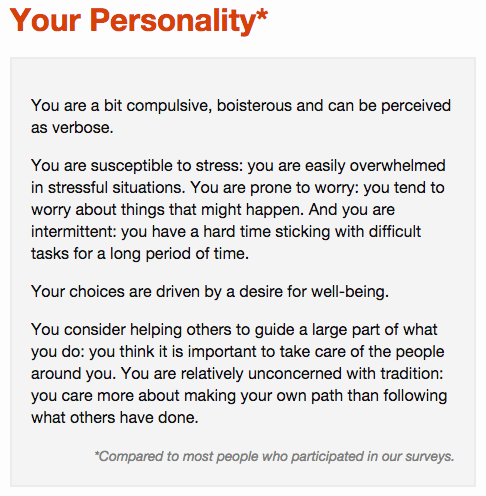 Only two insights were consistent across both assessments (and, coincidentally, they are also correct), so you probably shouldn’t put too much stock in what it says about someone. Running several pieces of writing through Watson and keeping track of the results might prove more accurate, though, as it does seem to pick out certain “insights” consistently.

The longer your text is, the better your results will be. You need at least 6,000 words if you want any sort of meaningful analysis. 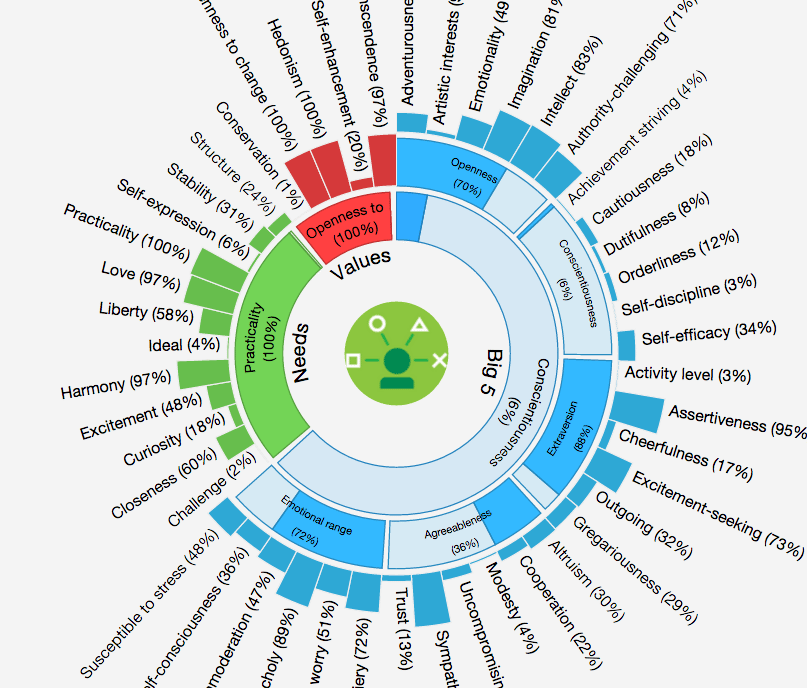