IBM’s salt-grain sized computer is ready for the blockchain

A computer the size of a grain of rock salt is not only the world’s smallest computer, IBM claims, but could be cheap enough to spread AI smarts and the blockchain ubiquitously. Shown off for the first time at IBM Think 2018, the company’s annual research event, the tiny computer could have huge implications for making sure everything from medication to luxury goods are genuine rather than counterfeit.

It may be a small chip, but it’s no small achievement. IBM’s computer packs up to one million transistors, mounted on a silicon carrier, and combined with static random-access memory (SRAM). For communication, it relies upon light rather than WiFi or Bluetooth: there’s an integrated LED and a photo detector to handle transmissions from and to the computer. A small solar cell gives it sufficient power to run.

Why might you want that? It’s actually part of what IBM sees as a way for future products to be monitored from production to delivery and consumption, ensuring safety and authenticity along each step of the process. It’s dubbing it a “cryptographic anchor“: the computer could be used to track that nobody has tampered with a product like an automotive safety part, for example, or a cellphone’s batteries.

However, since it’s a computer, there’s potential for even more. Sensors could track whether foods have been kept at the right temperature throughout the supply chain, or that crops have not been genetically tampered with. IBM says that, costing less than ten cents to manufacture, the tiny computers would be cheap enough that they could be widely distributed. 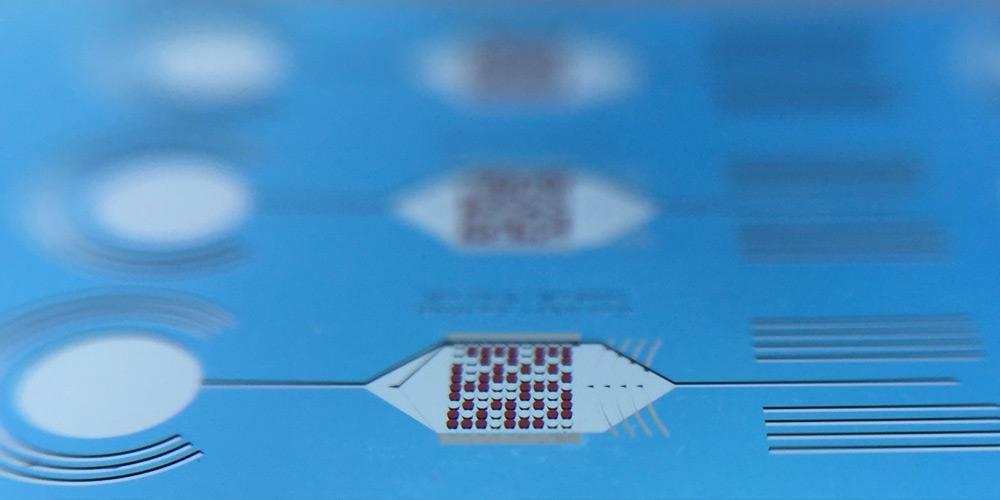 It’s not the only such anchors the company has in mind, though. The computers would work alongside other methods, such as ink dots which could be embedded into the color of a pill. They could even be invisible normally, but activated when they come into contact with water or another chemical trigger.

IBM is counting on that current buzzword favorite, the blockchain, to do the heavy lifting. This isn’t bitcoin mining, though: instead, it’s using unique, unspoofable identifiers to ensure legitimacy from producers, though processors and the logistics chain, to retailers and consumers. That has big implications for things like luxury goods and medications, among other categories.

IBM says that its tiny computers – and other cryptographic anchors – will be ready for deployment within the next five years. “These technologies pave the way for new solutions that tackle food safety, authenticity of manufactured components, genetically modified products, identification of counterfeit objects and provenance of luxury goods,” the company predicts.