Hyundai has unveiled its next-generation electric racing car that it says is meant to convey the next generation of Hyundai N Performance. The car is called the RM20e Racing Midship Sports Car and has 810 horsepower and 708 pound-feet of torque from its electric power plant. RM stands for “Racing Midship.”

The car uses a rear-drive, midship powertrain configuration that Hyundai says yields ideal handling balance and agility from a low polar-moment of inertia. The vehicle platform is a “rolling lab” for testing high-performance technologies for Hyundai. The RM20e platform is part of the progressive evolution of the RM series that has so far included the RM14, RM15, RM16, and RM19.

The automaker says its new electrified RM20e pushes the proven RM platform into a new, environmentally-focused decade of the 21st century. According to Hyundai’s Albert Biermann, the car stretches the performance envelope of electrification on everyday road environments. Hyundai expects the vehicle to accelerate from a stop to 62 mph in less than three seconds and reach 124 mph in 9.88 seconds.

The midship-based motor placement and rear-drive layout help the vehicle to achieve such impressive acceleration. Hyundai promises the vehicle has racecar-like levels of performance, balance, braking, and grip while retaining the quietness needed for a daily driver and road-going capability. Hyundai intends to have 44 eco-friendly models on the roads by 2025 and take the N brand “into the forefront of environmental responsibility.” 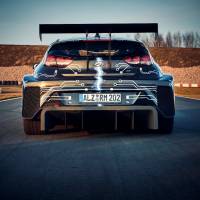 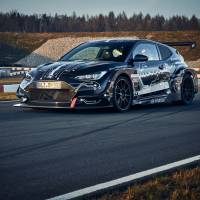 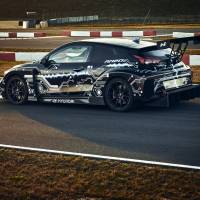 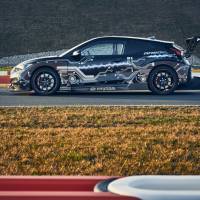 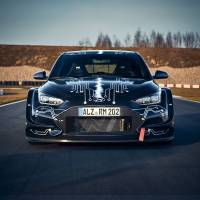 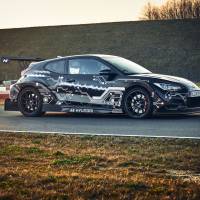 Presumably, that means that its N performance line will also feature electric vehicles. It doesn’t appear that the RM20e was designed to be raised in any specific racing series. Rather the car is a testbed for future electric vehicle technologies and performance. It certainly looks cool and has plenty of power to move.