Hyundai has helped a 13-year-old girl named Stephanie send a message to her father. The reason sending a message is so hard is that the girl’s father is an astronaut aboard the ISS. To send the message, Hyundai sent a fleet of 11 Genesis cars to write a message that spanned a space as large as about half of New York’s Central Park.

The message was written using tire tracks from the cars and the finished message spanned 5.55 square kilometers and could be seen from the ISS. The massive message received a Guinness World Record for the largest tire track image ever created. 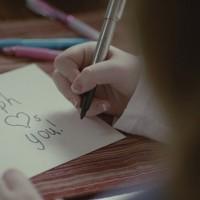 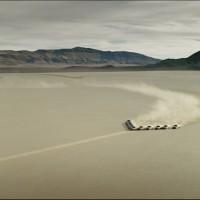 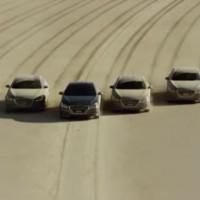 The message was written at Delmar Dry Lake in Nevada. Making the message took more than 11 cars and drivers able to synchronize movements; it required a large number of support personnel. The message also had to be planned out meticulously because one mistake could ruin the entire plan.

Hyundai’s team went on expeditions to several locations seeking an area to write the message that would have the ideal weather and visibility. Eventually the location in Nevada was chosen. Check out the video to see how Hyundai and its team created the message.