Boston Dynamic’s first “BigDog” robot may have been the stuff of robotic nightmares, but its smaller Spot has received mixed feedback both from people and companies. The quadruped’s more streamlined appearance still doesn’t easily remind one of a dog (or any living creature for that matter), but it has become more approachable and a teeny bit more affordable to the point that companies, hospitals, and even governments have put it to some use. The latest to join that list of clientele is the Hyundai Motor Group, employing Spot as a late-night safety officer.

The “Factory Safety Service Robot” or simply “The Robot” takes Boston Dynamics’ commercialized design for Spot the robot “dog” and equips it with additional software and hardware custom-made for the carmaker’s specific purposes. Specifically, Hyundai installed thermal cameras and 3D LiDAR along with AI programs to allow the Robot to detect and identify people and various scenarios inside industrial areas. The goal is for the Robot to be able to detect potential dangers and warn the appropriate personnel back at the control center. 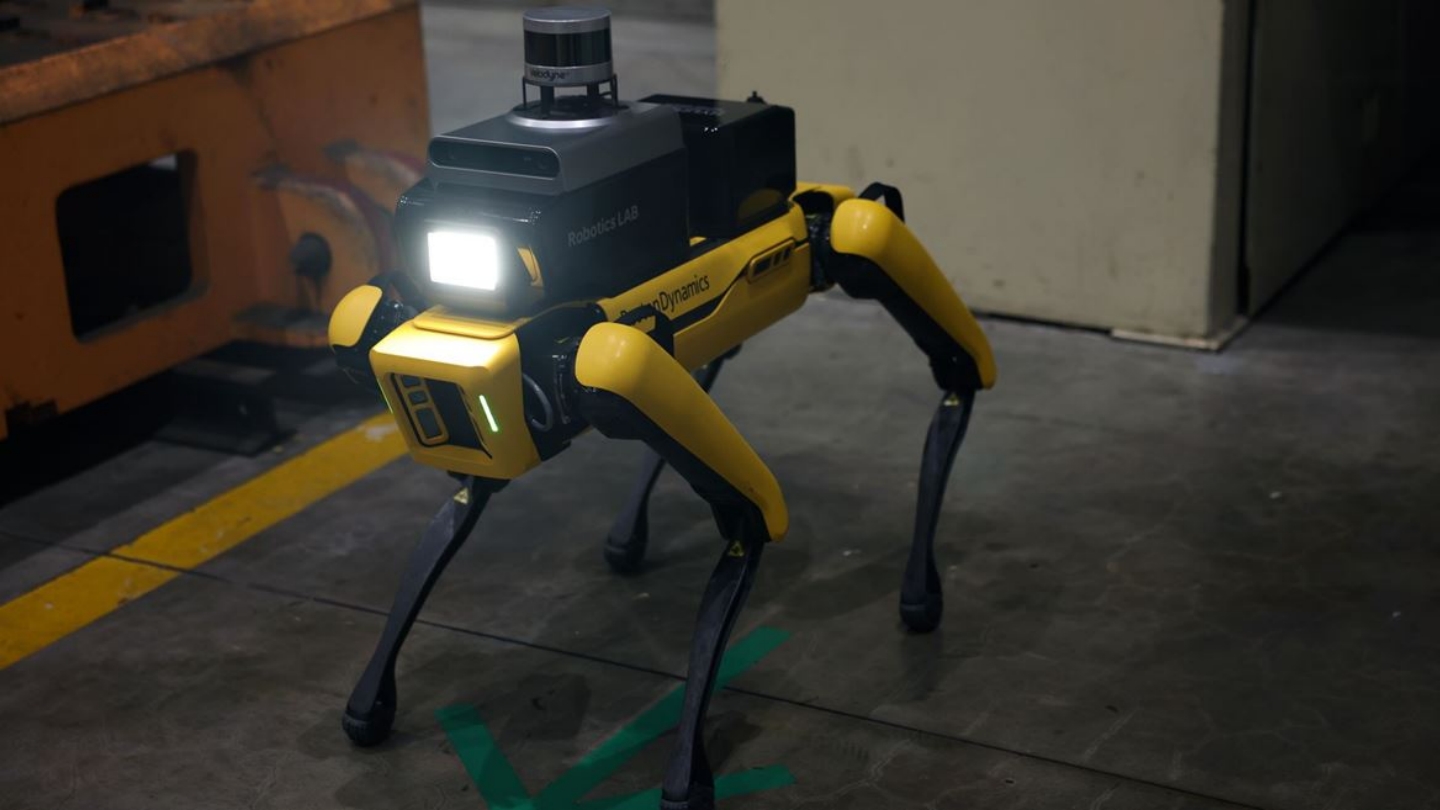 For example, Hyundai’s Spot should be able to tell if there’s a high-temperature risk in certain areas or if a door that should be closed was accidentally kept open. The Robot’s size allows it to go through narrow spaces, and its sensors let it see things that human eyes might miss. It is intended to support late-night patrols in factories to ensure overall worker safety.

While the Robot can navigate areas on its own, there’s also an option to manually control it via teleoperation, in case safety personnel needs to take a closer look. Hyundai’s Spot provides a live stream of its activities and can trigger alarms, all from an easily accessible web page at some designated control center.

The Hyundai Motor Group is testing its new Robot at Kia’s South Korean plant as a proof of concept. If proven to be successful, the carmaker envisions a fleet of Factory Service Safety Robots that can patrol different zones at the same time while connected to a single control center.