After a bit of a foot-in-mouth mention of a high-speed transit system between the two ends of the country earlier this year, Elon Musk is today ready to bring a bit more heat to the very real possibility of this Hyperloop system. In a release made through Tesla Motors, Musk suggests that this next-generation system must be faster and cheaper to operate than either our current airplane system or driving a car. It must be, he suggested, far better than any other mode of transport for the journey it’s capable of making – a fifth mode of transport.

The problem with creating a system like this is the massive amount of effort it would take, that tied with the beastly amount of cash that’d need to be tossed into it.

This “Hyperloop”, as Musk calls it, would have to pair cities that are less than 1500 km or 900 miles apart. Anything further would be better served by supersonic air travel – which you can bet Musk will be ready to provide once the time comes. Distances below this “several hundred mile journey” would not be good for a supersonic aircraft, on the other hand, as they do take quite a bit of time heading up to ultra-high altitudes.

For that spot in-between miniature car-friendly distances and a distance well-suited for supersonic airplanes, the Hyperloop would fit quite well. Musk suggests that this Hyperloop system must be each of the following compared to current alternatives:

So you’ve got planes, trains, cars, and boats, and this high-speed Hyperloop (also a train, if you’re asking someone to identify it at a glance.)

“Short of figuring out real teleportation, which would of course be awesome
(someone please do this), the only option for super fast travel is to build a tube
over or under the ground that contains a special environment. This is where
things get tricky.” – Musk

One possibility Musk suggests is similar to that of the pneumatic tubes used to send mail in massive buildings and paper/pens between your bank and your bank’s drive-up window. Another possibility includes using a “near hard vacuum” in a tube combined with an electromagnetic suspension. The problem with the second approach is the near-impossible task of keeping a tube of that size at a full hard vacuum. 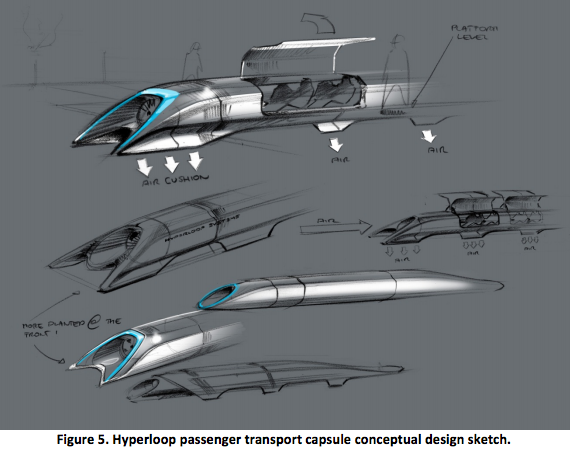 Musk also acknowledges the Kantrowitz limit which, with a capsule in a tube, limits the speed of said capsule traveling through said tube both in how slow and in how fast it can travel. Air bearings are one key element to the successful delivery of this system, suggests Musk, this system using the same principles as a cushion of air in an air hockey table.

Musk suggests that the pod work with an electric motor which gains a reboost of energy every 70 miles, this made possible with a round induction motor rolled flat – a round induction motor, that is, just like the one delivered in the Tesla Model S. This sort of system would be an external linear electric motor, and it would only need to be used for right around 1% of the whole journey the Hyperloop system would make. 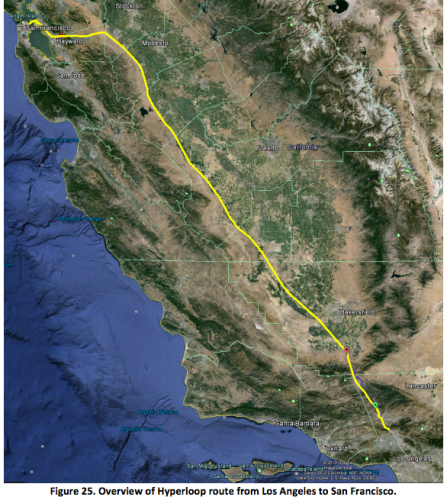 Musk suggests in the first abstract pulled together for the Hyperloop system that a crew capsule would ring in at a cool $1,350,000 USD, totaling in at $54 million USD for a full Hyperloop system. As for the total cost of the crew AND the cargo that’d be needed for the system, that’d be $1,525,000 USD, or $61 million in change.

“Hyperloop is considered an open source transportation concept. The authors encourage all members of the community to contribute to the Hyperloop design process. Iteration of the design by various individuals and groups can help bring Hyperloop from an idea to a reality.” – Hyperloop Alpha authors

And of course this is all just a concept at the moment. The full report (in alpha mode) is available as Hyperloop Alpha in PDF format from Tesla Motors, where you can study it for hours on end. For now you’ll have to rest with the idea that it could happen some day (perhaps even inside our lifetime).

You’ll also find the Hyperloop system earning its own place amongst SpaceX’s ranks. Here in SpaceX, the 5th mode of transport known as the Hyperloop would appear just as friendly to the future-molded universe of space travel as it would the current-generation electric vehicle environment in Tesla.