Augmented reality and virtual reality are hip and cool right now, mostly because they are relatively new to consumers and present a lot of wonderful possibilities. But like any technology, the computers and the Internet, they do come with their own set of dangers, opening them up to abuse by less than conscientious individuals. For now, given how rare and expensive these technologies are, especially augmented reality, the threat level is very, very low. But can you imagine future where synthetic reality takes over real reality? Designer Keiichi Matsuda has and his vision, narrated in the video “Hyper-Reality”, is rather frightening.

It starts out innocently enough, or so you thought. You see two real hands playing what looks like a virtual game. It’s all fine and dandy until later on she swipes that layer of virtual reality away to reveal a reality that isn’t that much different. You see neon colored text and images everywhere, floating like ghosts loosely attached to surfaces and people’s heads. The act of simply getting off a bus is almost as dangerous as navigating Lara Croft out of a Tomb Raider maze.

It might sound a bit comical at first really. You’re almost sure it’s never going to happen. But those who remember an age where ads wrecked havok over the Web might find some similarities here. There are some advantages to AR based signs, admittedly. It requires fewer resources, mostly just some QR codes or tags. And the whole field of vision is your canvas, which is almost near infinite compared to, say, a computer screen. On the flip side, after a few minutes of AR-filled scenes, the real, AR-less world suddenly looks dead and boring. 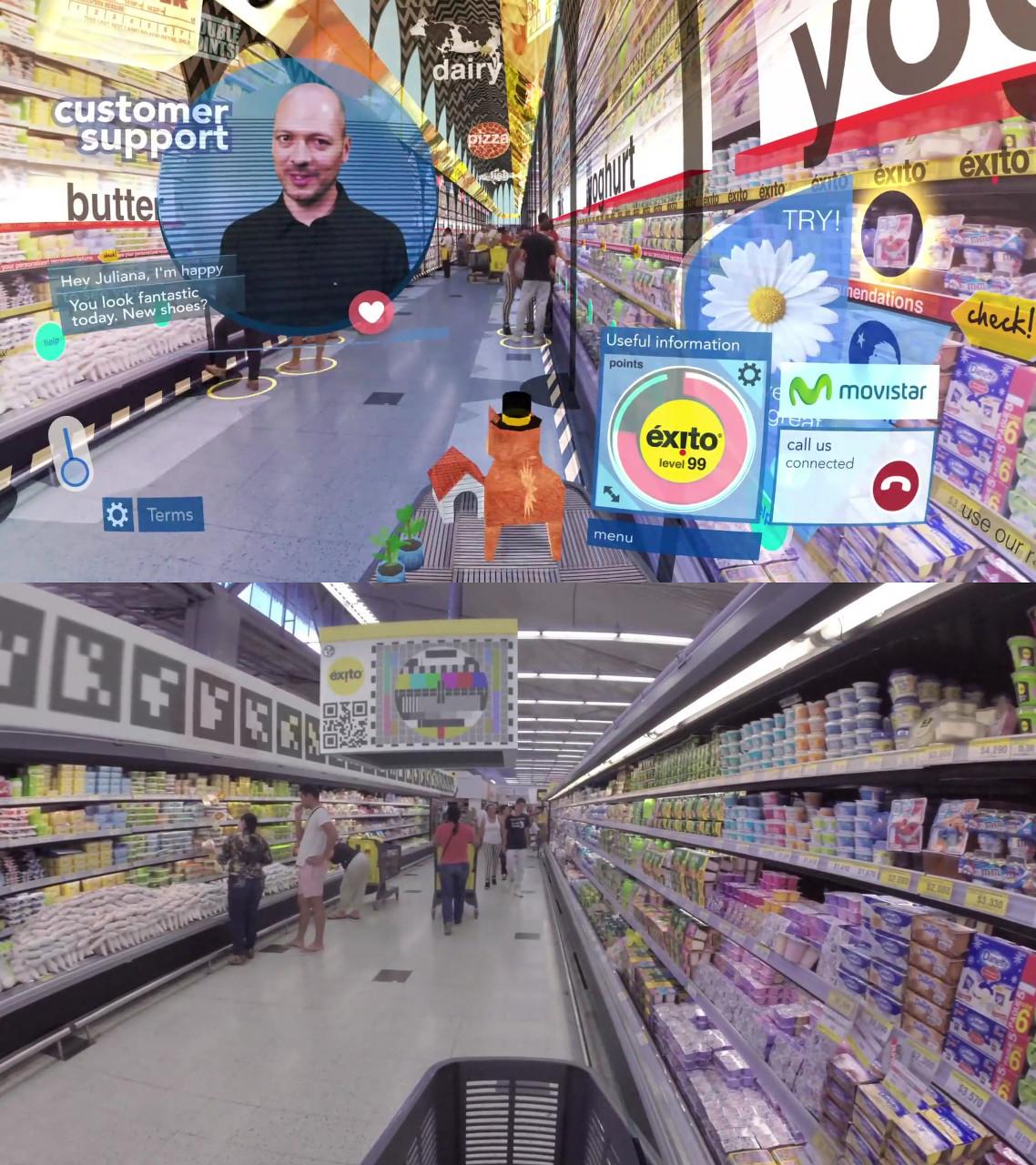 Things, however, take a wrong turn when you start considering the human factor. Hacking (really breaking and entering) and theft has never gone out of fashion, from the age of the Greeks to today. It becomes even more frightening, however, when you imagine human life becoming totally dependent on things like AR and points.

The video ends in a sort of comedy-tragedy duality, depending on your interpretation of the events. It is, admittedly, an extreme interpretation of the future based on current trends, both in technology and society. It is, however, still a possible future, one that most will probably hope never comes to pass. Unless, perhaps, if you were in the advertising biz.