Hulu on the Web gets a simple Live TV channel guide

Hulu has announced an update that, among other things, brings a channel guide to Live TV subscribers who access the service through the Web. The channel can be found via a small menu button added near the playback bar on the Web interface; it opens in a simple left-hand menu that presents the channels with info about whatever is currently playing.

Hulu has officially been offering everyone access to its Live TV product for six months, though it is still labelled as a beta at this time. The service has increasingly arrived for various platforms, and Hulu has steadily worked to launch apps that merge both its new interface and its Live TV product. Updates continue to arrive in a steady stream. 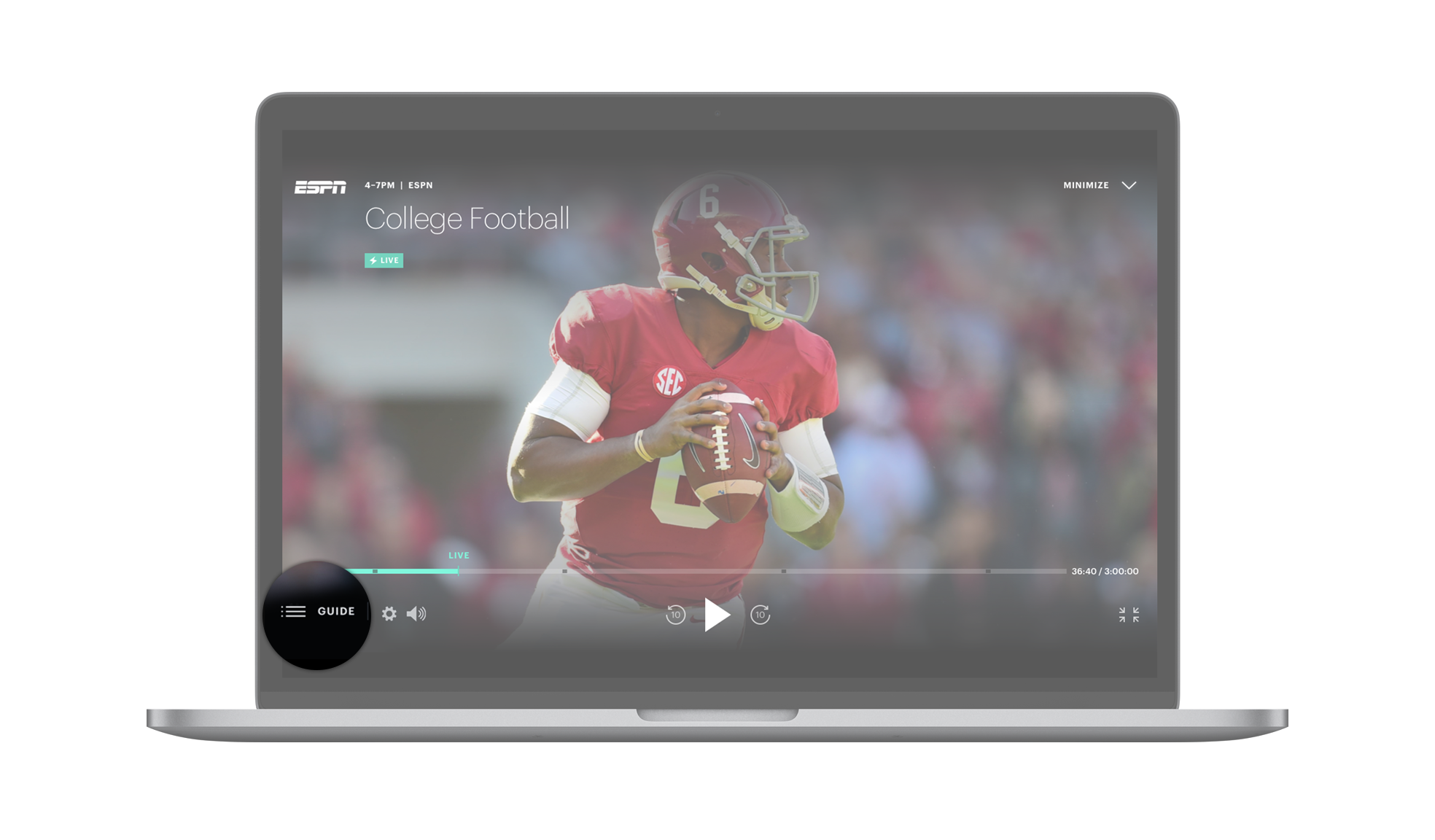 Though some like the interface, there’s a lot of criticism about it at this time, and Hulu has acknowledged that. Talking about it in its most recent product update, Hulu said, “We agree there are a number of enhancements that we can make to improve the viewing experience even more.” Badges showing new episodes was a recent update that took this to heart, as is the ability to view more options than before while browsing.

Hulu says more tweaks are coming in the near future, and today marks the arrival of a simple channel guide for Web. The service’s Web experience launched back in August so that Live TV can be watched on a laptop or desktop. If you’re watching the service on PC/Mac, you can find a semi-traditional channel guide by clicking the Guide button shown above.

This button opens a menu from the left-hand side of the screen; it shows the available channels and whatever is playing on it at the moment. Filter options at the top of the guide make it possible to view content based on category, such as sports. There’s also the option of seeing what is going to air in the future.