The Hubble space telescope has been in space for many years now. Of late it has had some challenges, including one that left its Wide Field Camera 3 non-functional for a while. Hubble is back at work, and scientists from the Instituto de Astrofísica de Canarias have shared a new image that took three years to produce. The photo is the deepest image of the Universe ever taken from space.

The image was created by recovering a large quantity of “lost” light around the largest galaxies in the Hubble Ultra-Deep Field. The team used original photos taken by the space telescope over a region known as the Hubble Ultra-Deep Field. The team created an improved process for combining several images in the group to recover a large quantity of light from the outer zones of the largest galaxies.

Recovering the light emitted by the stars in the outer zones is equivalent, according to the scientists, to recovering the light from a complete galaxy smeared over the entire photo. The missing light showed that some galaxies in the image were almost twice as large as previously measured. 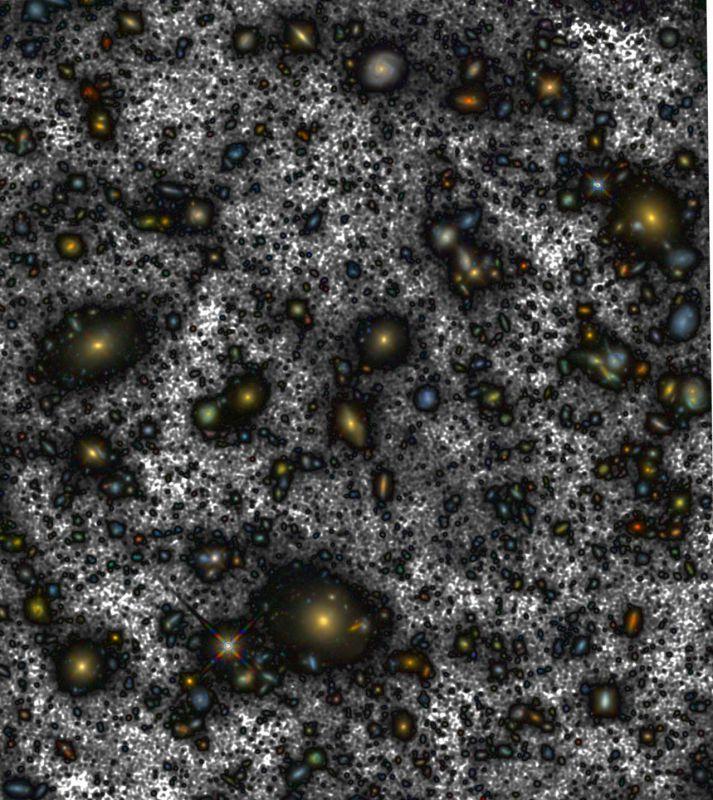 The image was the result of combining hundreds of individual photos taken with the Wide Field Camera 3. Hubble took the images over 230 hours of observation in 2012.

The Wide Field 3 Camera has proven to be a valuable instrument and was added to the Hubble in 2009 by astronauts. Since the camera was added in space, it was unable to be tested on the ground making calibration a challenge. Alejandro S. Borlaff led the team who created the image, he said the image, “has been possible thanks to a striking improvement in the techniques of image processing which has been achieved in recent years, a field in which the group working in the IAC is at the forefront.”