Hubble Space Telescope back in action: A brief tale of recovery

The aging Hubble Space Telescope has had a rough year, with two major instances of the telescope being unable to conduct science operations. NASA confirmed this week that Hubble has returned to full science operations with all four active instruments collecting science data. The orbiting observatory went into safe mode when instruments recorded synchronization message issues.

As of December 7, no synchronization message issues have been recorded since NASA began monitoring on November 1. While the space telescope has returned to full science operations, Hubble team members are still working on software changes for the major science instruments aboard the telescope that will allow them to continue working if further synchronization message issues arise. The first of the four active instruments NASA plans to upgrade with new software will be the Cosmic Origins Spectrograph.

That instrument is expected to get a software update by the middle of December. The three other instruments will also get updated software in the coming months. Hubble has been conducting science operations in orbit around the Earth for more than 31 years. Later this month, it will get an orbiting partner observatory with the James Webb Space Telescope launch.

Despite Hubble’s age, NASA expects it to continue working in conjunction with the Webb Telescope well into the current decade. Hubble was down for multiple weeks due to the synchronization issue. Previously, on November 28, the team recovered the Cosmic Origins Spectrograph.

Before that instrument was recovered, the Hubble team recovered Wide Field Camera 3 on November 21, the second instrument aboard the space telescope recovered after the Advanced Camera for Surveys. NASA chose to recover the Advanced Camera for Surveys first because it had the fewest potential complications if synchronization messages were missed. Hubble operations were suspended on October 25, when the telescope automatically went into safe mode when synchronization messages were missed.

Early in November, the Hubble team was focusing efforts to isolate the problem on the hardware inside the observatory commanding the instruments, which was part of the Science Instrument Command and Data Handling Unit. The specific component was the Control Unit responsible for generating synchronization messages sent to the instruments. The first instrument NASA recovered hadn’t been active since 2010, called the Near Infrared Camera and Multi Object Spectrometer. The instrument was deactivated when the Wide Field Camera 3 became operational.

Team members activated the hibernating instrument to collect information on lost synchronization messages without risking any of the instruments currently being used. While the instruments were in safe mode, NASA says the spacecraft itself continued operating normally. The last time Hubble entered safe mode happened in the summer of 2021.

NASA began applying the major fix to recover Hubble from safe mode in mid-July 2021. The issue during summer had to do with a payload computer that managed the telescope unexpectedly shutting down. Multiple efforts to bring the telescope back online failed, and some feared Hubble might be down for good. The hardware at the center of the issue was the same hardware that caused major issues for Hubble in the past.

In 2009, NASA conducted Servicing Mission 4, sending astronauts to replace some Hubble hardware with newer versions. Even though the hardware was changed in 2009, the design was the same as the hardware Hubble originally used that was developed in the 1970s. The challenge today for NASA is that there is no way to conduct orbiting space repairs since the space shuttle fleet has retired.

NASA determined based on in-depth analysis that voltage levels from the regulator were outside the 5V operating range and had tripped the secondary protection circuit. An alternate hypothesis was that the secondary protection circuit degraded and became stuck in the inhibit state. Initially, NASA attempted to reset the PCU remotely, but that failed. The fix that was settled on was switching Hubble to the backup PCU, which required other spacecraft systems to be switched to backups.

Before any repair attempts could be made to retrieve the telescope from safe mode, a review board had to approve changes to the systems aboard the orbiting telescope. The formal review was completed on July 13, and the repair attempt was approved on July 14 and scheduled to be implemented on July 15. The fix proved successful, and the telescope was recovered. However, with the spacecraft now running on backup hardware, any failure in those systems in the future could bring an end to Hubble’s more than three decades of observing the universe.

Hubble was back online and conducting full scientific observations only days after the fix was applied. With the James Webb Space Telescope launching later this week, if another hardware failure aboard Hubble occurs, astronomers and scientists will at least have another instrument in orbit that is working.

Webb Had Its Own “Incident”

The Webb space telescope has had its own problems, with the latest occurring late last month while preparing the telescope for launch. NASA says the incident happened in French Guiana at the satellite preparation facility. While team members were working on attaching the telescope to the launch vehicle adapter, a clamp band unexpectedly released, resulting in a vibration being sent to the spacecraft. 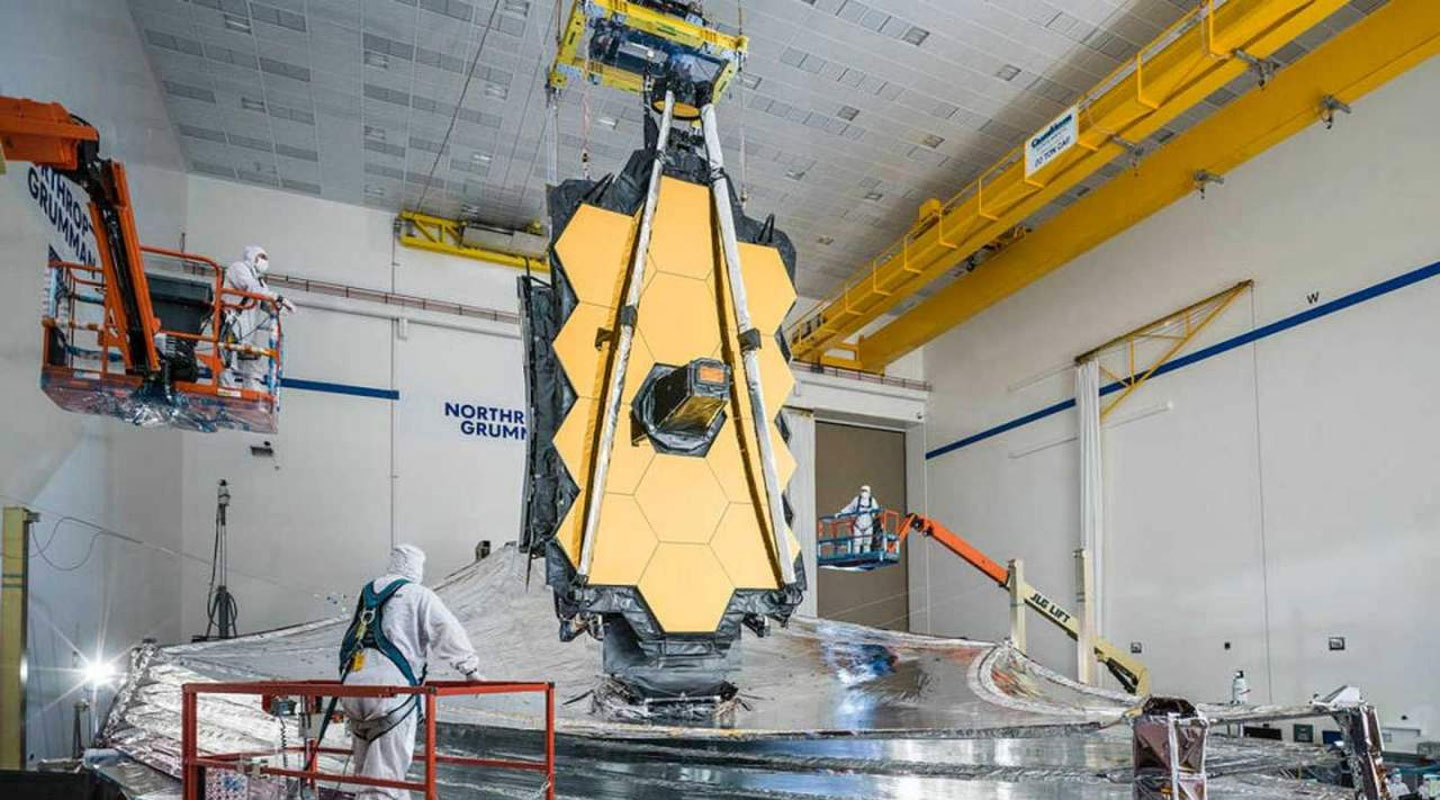 The space telescope is an extremely sensitive instrument, and the vibration triggered additional testing to ensure there was no component damage. As of now, it appears the telescope is fine, and it’s currently scheduled to launch on December 22. However, it’s worth noting that the telescope is 14 years behind schedule. In addition, Webb has reportedly gone over its original budget by as much as 20 times, with a cost as of 2016 estimated to be $10 billion.