The possibility of life on other planets just became more probable with NASA’s Hubble telescope’s latest discovery. Hubble uncovered evidence of a giant underground ocean on Jupiter’s largest moon, Ganymede. Ganymede is the largest moon in our entire solar system and has long drawn the focus of astronomers as they search for conditions that could be hospitable to life on other planets. The theory of underground oceans on Ganymede was first proposed on in the 1970’s, but it wasn’t until now that scientists uncovered solid evidence.

Scientists were even able to calculate the size and depth of this newly discovered ocean. Ganymede’s underground ocean is suspected to be over ten times deeper than any ocean on earth. The ocean would have more water than all of the combined oceans on earth. The ocean is likely buried under a 95-mile frozen crust of ice. 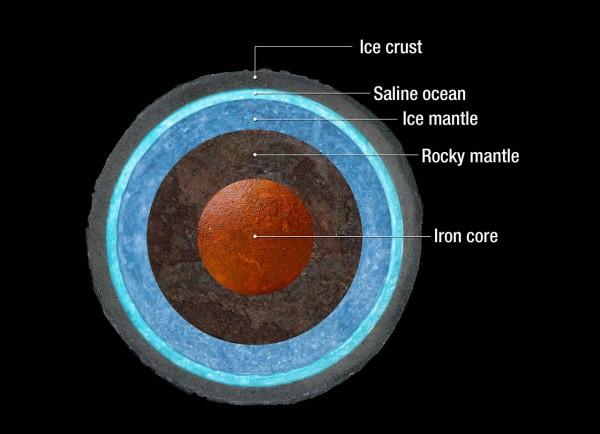 When scientists search for conditions conducive to life on other planets, they look for water. When Hubble identified Ganymede’s underground ocean, scientists found a moon within our own solar system that has at least one of the quality necessary to sustaining life. I wouldn’t wait for the alien mothership just yet, but we can look forward to other exciting discoveries from Hubble and NASA.