Hubble completes its latest tour of the outer solar system

The Hubble Space Telescope is a joint project between NASA and the ESA. Teams operating the telescope have announced that it completed its annual tour of the outer solar system. The outer solar system is the realm of massive planets much larger than Earth, including Jupiter, Saturn, Uranus, and Neptune.

These planets are vastly more distant from the Sun than the Earth and are nothing like our planet. These distant planets are made up of extremely cold gaseous mixtures of hydrogen, helium, ammonia, methane, and other trace gases. Those frigid gases surround very hot and compact cores.

Hubble teams note that each time the space telescope turns its sharp eyes to those worlds, they discover new surprises and insights into the weather and other conditions on the planets. Hubble observations of Jupiter allow researchers to track any change in the turbulent atmosphere of the planet. In this year’s observations, new storms are noted around the planet’s equator, which has changed color. In the image here, taken on September 4, the equatorial zone is a deep orange color that is unusual, according to researchers. 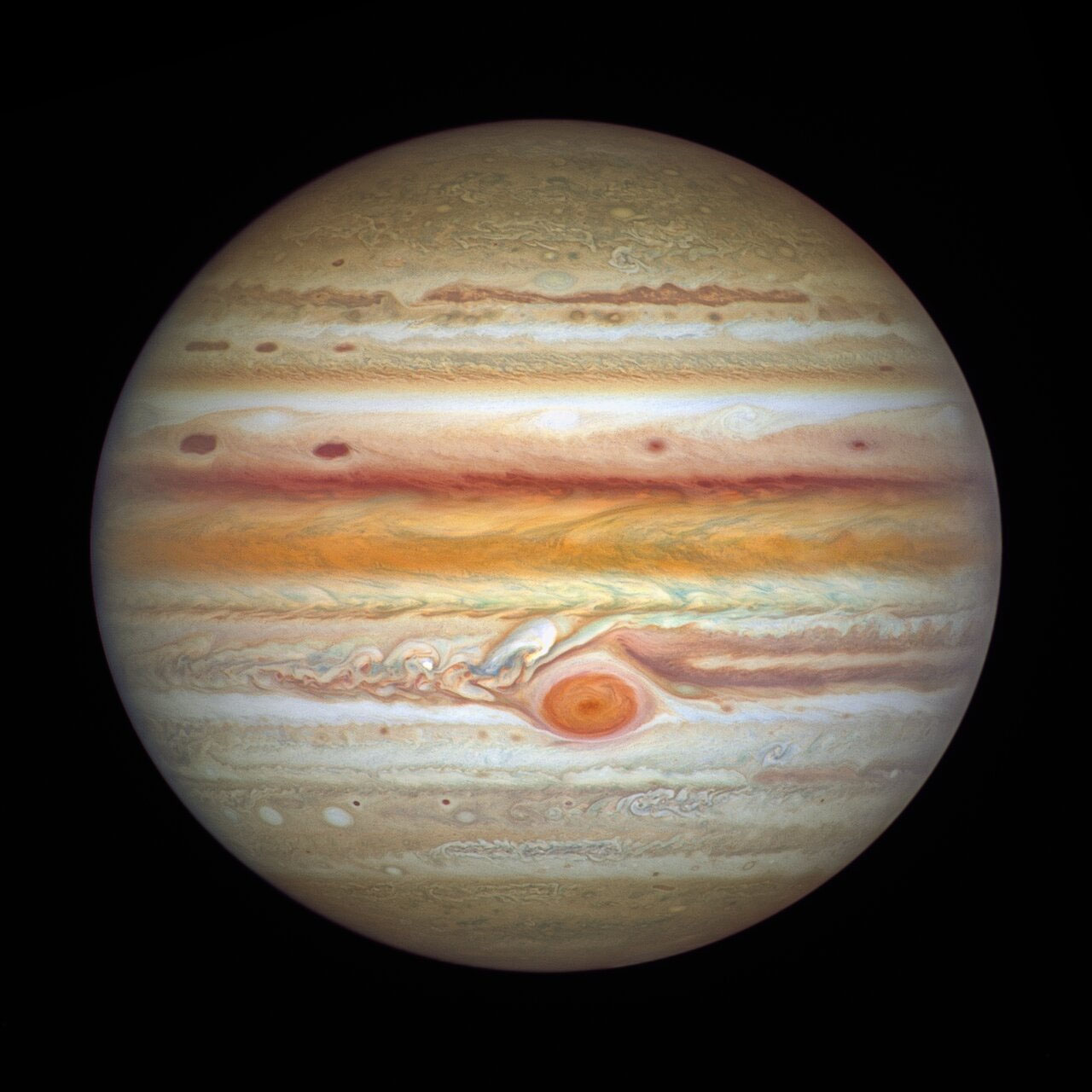 Typically the equator has been white or beige over the last few years. Astronomers also noted several new storms, which are called barges. They are defined as cyclonic vortices and vary in appearance, with some of the storms being sharp and well defined while others are hazy and fuzzy. The differences in appearance are the result of physical properties within the vortices.

Hubble also took a gander at Saturn, the massive ringed world. The photograph here of Saturn was taken on September 12 and illustrated some of the color changes in the bands within the planet’s northern hemisphere. In that northern hemisphere, it’s currently autumn. Those bands changed colors since Hubble observations in 2019 and 2020. The image shows the southern hemisphere of Saturn as well, which is in winter and has a bluish tint. 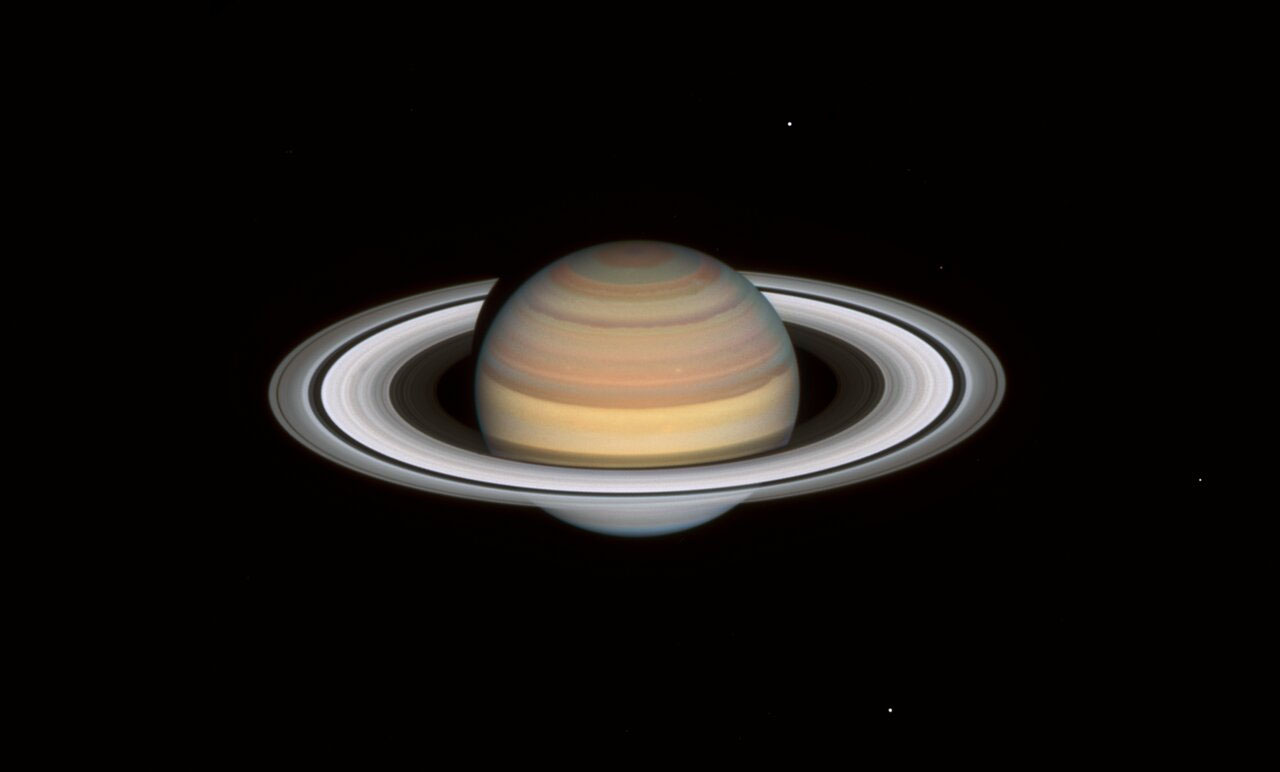 The image of Uranus was taken on October 25 and highlighted the northern polar region of the planet. It was springtime in the northern hemisphere when the photograph was taken, causing the area to be brighter than usual, possibly due to an increase in ultraviolet radiation from the sun. Interestingly, researchers aren’t sure why the hemisphere seems brighter.

Speculation suggests the change in brightness has to do with the opacity of atmospheric methane or variation in other aerosol particles in the atmosphere. The image also shows the sharp southern boundary remains, which is a feature that has been consistent over the last several years of observations. Speculation suggests jetstream might exist that creates a barrier at a latitude of 43 degrees on the planet. 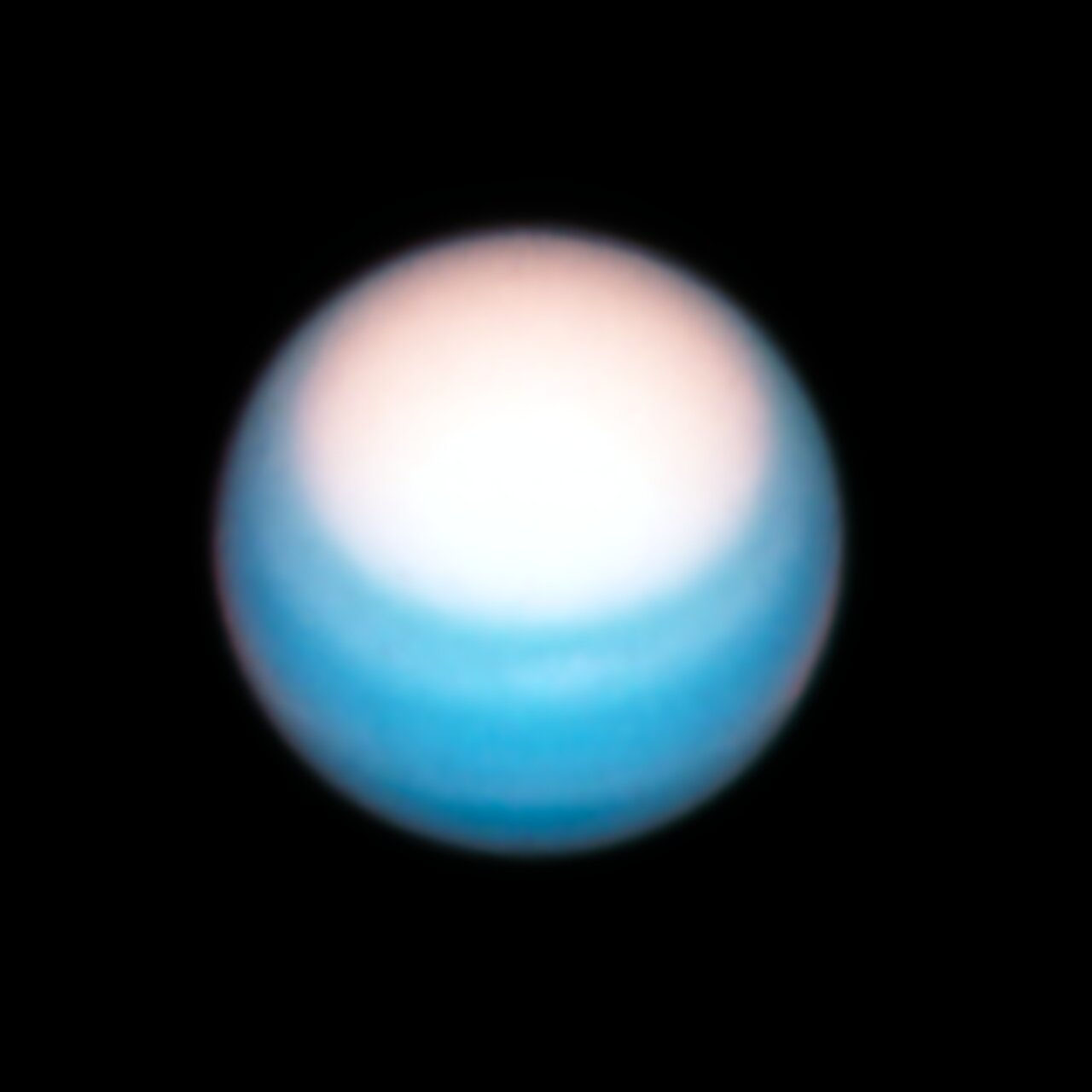 The image of Neptune was taken on September 7, 2021. With that image, researchers determined that the dark spot on the planet is still visible. That dark spot was recently discovered to have reversed its course after traveling towards the equator in the past. In addition, the northern hemisphere of Neptune has darkened in the photo. The reason that Neptune appears blue is because the methane-rich atmosphere absorbs red light. 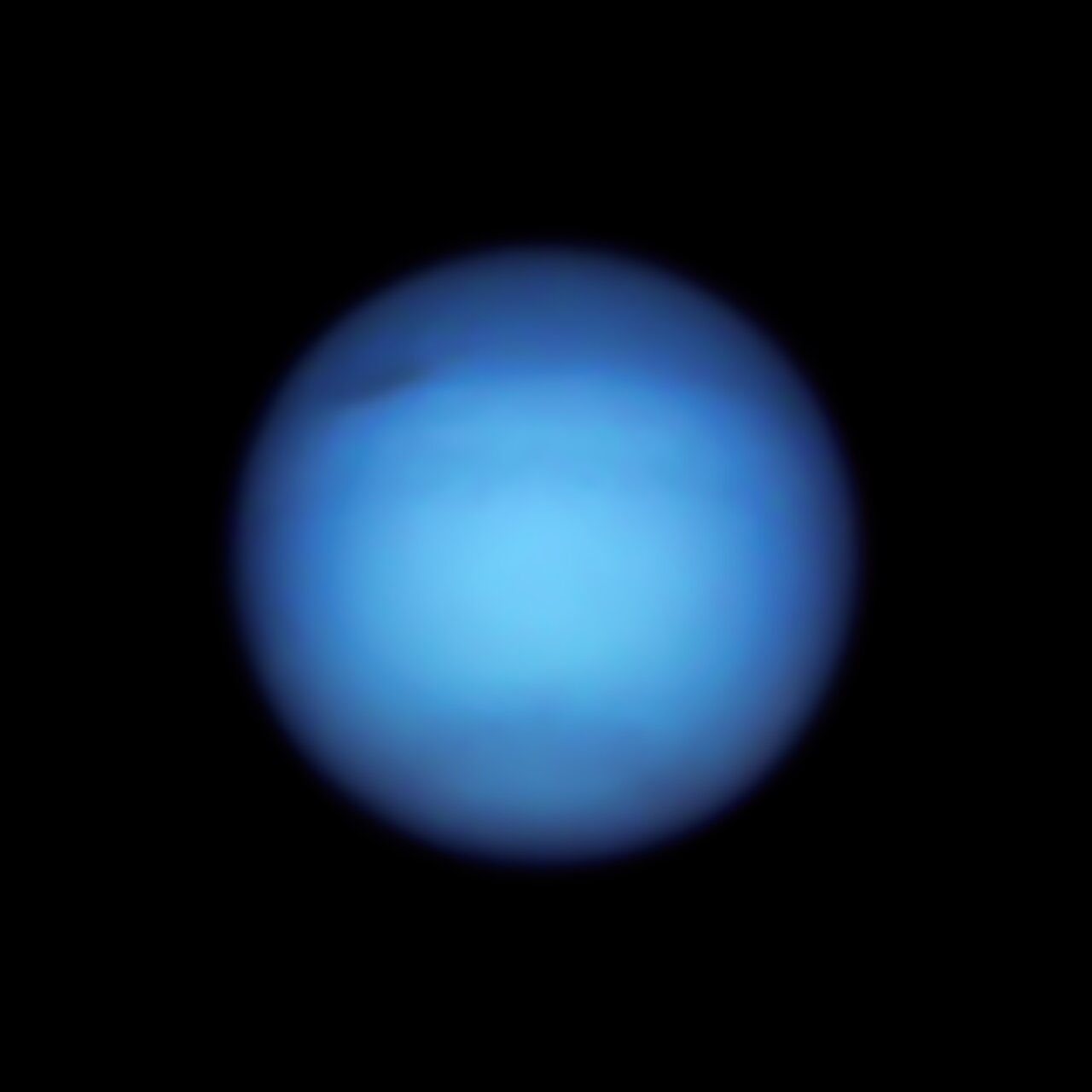 All of these images were taken as part of Hubble’s yearly mapping as part of the Outer Planets Atmospheres Legacy program. The program captures global views of outer planets each year to record changes in planetary features such as storms, wind, and clouds.