A hollowed-out galaxy, sending out lavish plumes of spiral gas clouds, has resulted in one of the most striking Hubble Space Telescope images in recent memory. Galaxy NGC 2275 is 67 million light years away from Earth, and relatively tame in terms of star activity compared to other regions of space. However it’s that very fact which makes it so fascinating to look at.

The official reference for NGC 2275 is “flocculent” – that is to say, it is a fluffy-looking galaxy in appearance. Spiral in form, it has a complex whorl of glimmering, patchy clouds, punctuated with starlight.

In the center, though, the galaxy is relatively sparse. That’s because, NASA and the ESA explain, NGC 2275 has actually used up the majority of the gases that would once have been found there. The “unusually large and relatively empty galactic bulge” has spent its stock of material on generating stars, it’s believed.

As for the feathery arms that spiral out from that hollow center, they’re a result of the interplay between gas clouds, fiercely burning new stars, and the rotation of NGC 2275 itself. The blue stars are young and hot, brightly shining like pinpricks through the galaxy’s tendrils. They’re believed to trigger star formation in nearby gas clouds, a chain reaction at galactic scale. 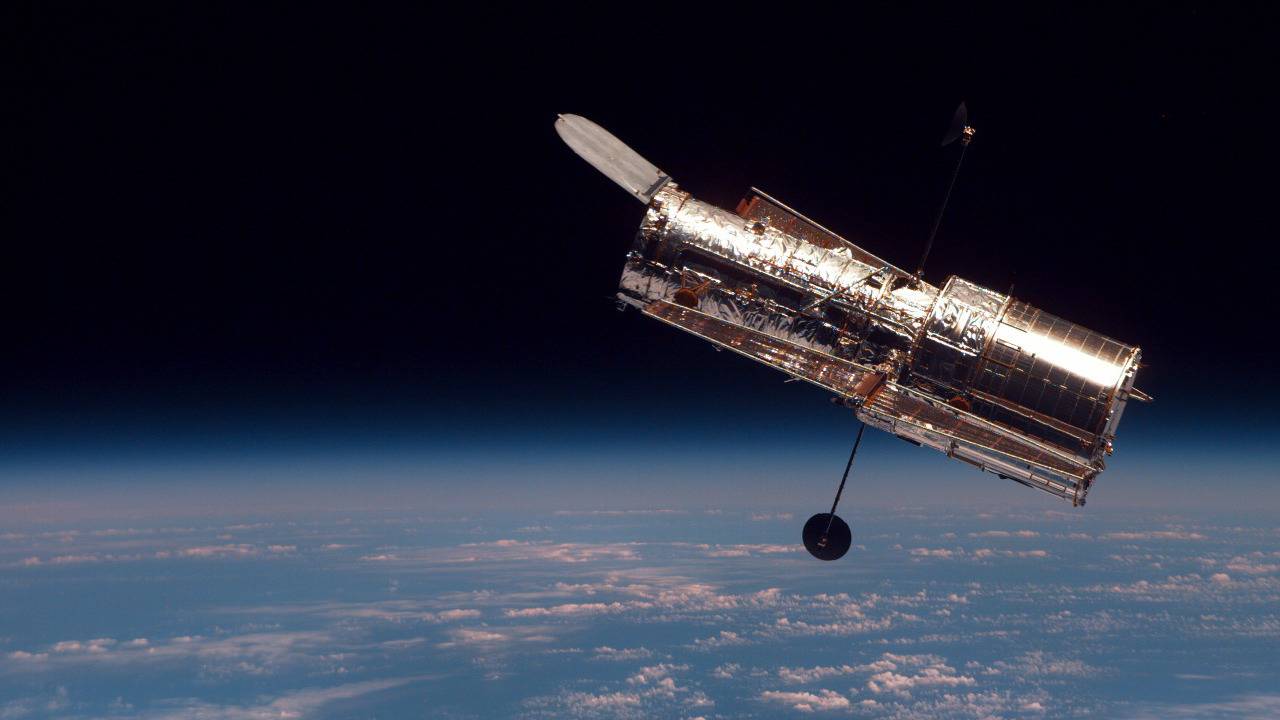 The gas clouds themselves, meanwhile, are sheared as NGC 2275 rotates. The result is a softened, smeared halo of cloud and stars, distinctly different to so-called grand-design spirals which feature crisper, more delineated arms.

Hubble has been a reliable source of dramatic imagery since its launch in 1990. The space telescope takes advantage of being outside of Earth’s atmosphere for an uninterrupted view of the universe, capturing ultraviolet and visible light imagery. However though NASA and the ESA have undertaken multiple serving missions – most recently in May 2009, when the since-retired Space Shuttle added two new instruments among other changes – the reality is that the telescope will eventually be retired.

Originally, the plan was to bring Hubble back to Earth so that it could be exhibited. With the demise of the Space Shuttle program, however, that possibility was taken off the table. The last servicing mission also took the opportunity to install a Soft Capture Mechanism (SCM) system, which is expected to be used with either a crewed or robotic mission to deorbit Hubble safely.