The Apple Watch continues to dominate the rather small smart wearable market but that hasn’t stopped dozens of companies from putting out their own. Of those, however, few have wandered away from Google’s Wear OS platform. Aside from Samsung, Huawei is the only other major consumer electronics manufacturer that has struck out on its own with some amount of success. Most of that has been due to the Huawei Watch GT’s battery life, a trait that an upcoming Huawei Watch GT 2e will apparently continue based on new leaks.

As the name might suggest, the Huawei Watch GT 2e may be a small incremental update to the company’s Watch GT 2. The latter was launched in the second half of 2019 so there might not have been much time to make significant changes in time for the Huawei P40. Fortunately, it may still have the same features that made the older smartwatch a hit.

That feature is the battery life that’s advertised to last for 14 days. That’s thanks to a combination of a large 455 mAh battery, an energy-saving HiSilicon Hi1132 chip, and Huawei’s custom smartwatch OS.

In terms of other specs, the Watch GT 2e may not be that notable. It still has a large 1.39-inch 454×454 screen in an equally large 46mm body. There’s 4 GB of storage inside for your songs which you can play on paired headsets via Bluetooth 5.1. It seems to have just the basics when it comes to tracking, including GPS, step, sleep, and heart rhythm. Nothing fancy like ECG or blood oxygen levels. 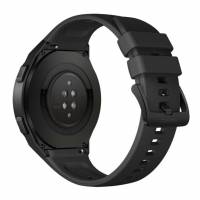 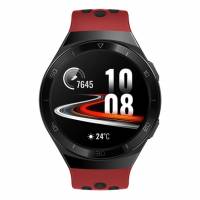 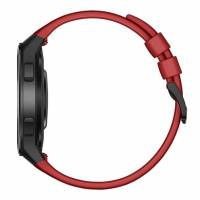 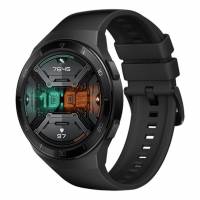 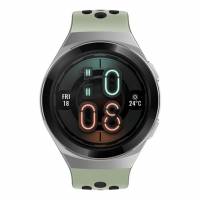 The design seems to still cater to people with large wrists and sporty tastes. WinFuture notes how the new mint green color could remind people of the Apple Watch and not in a good way. No word on when it’s coming out, which may be when the Huawei P40 is announced, and for how much.