We’ve seen our fair share of new and odd camera bump designs but it seems that the Huawei P50 will take the cake this year. Its phone cameras have always been known for their performance, at least until the Xiaomi Mi 11 Ultra dethroned it on DxOMark this year, so it doesn’t really need to do some fancy design gimmick to sell it. It might be, however, aiming for a shock factor to get its upcoming flagship to get noticed, even if its means being ridiculed for it, like what is already happening with real-world photos of the Huawei P50 that just got leaked.

The Huawei P50’s odd camera bump design was already leaked last March but that was only seen through renders. Tipsters have christened it an “egg” camera bump, one that had two large circles in it. That led to some speculation and one render about how the cameras would be arranged inside those circles, a question that is being answered by an alleged real model, though not in a good way.

Digital Chat Station on Weibo shared photos of what is claimed to be a real Huawei P50 with the actual cameras seen inside their enclosures. There are four cameras split into two groups, one beside the other. That design can easily be compared to some other things unrelated to phones, like a Type E socket or even a pig’s snout. 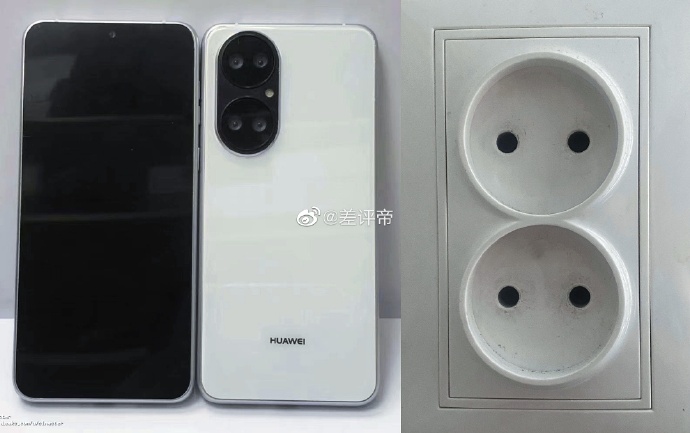 That said, this model is supposed to be the Huawei P50 which might have a slightly different design from the Huawei P50 Pro. The latter was earlier leaked to have five imaging sensors, one of which is a 1-inch Sony IMX800. The camera arrangement for that might be different but not exactly better. 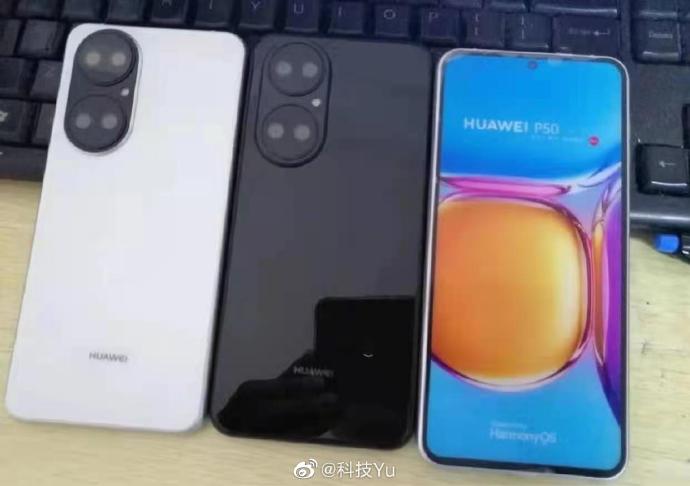 Another leak shows the screen of the device with the obvious name of HarmonyOS at the bottom. This suggests that the Huawei P50 could be the first to ship with the company’s new operating system but, if beta impressions are to be believed, it won’t be that far removed from Android anyway, at least for now.