How much is too much, really? When it comes to smartphone cameras, it seems the limit is the amount of space you have both inside and on the surface of the phone. Penta-lens cameras are nothing new thanks to the Nokia 9 PureView but it seems that 2020 will be the year it becomes the norm for high-end Android phones. Unsurprisingly, the one that started the multi-camera trend won’t be taking the challenge sitting down and the P40 Pro will try to sell the idea that we need more.

It’s sometimes difficult to imagine what you’d need five cameras for, or even just four if you consider one of them being a 3D Time-of-Flight (ToF) sensor for depth perception. Since cameras don’t have interchangeable lenses, however, the only way to achieve multiple focal points and angles is to dedicate one camera for one purpose.

According to 9 Tech Eleven, the Huawei P40 Pro will have four such purpose-specific cameras, five if you count the ToF. One is the main wide-angle camera, another a periscope-style 10x optical zoom shooter. There’s a mention of a “Cine Lens” and even the site seems unsure what the last camera will be four. It wouldn’t be a surprise if Huawei uses that for a macro lens. 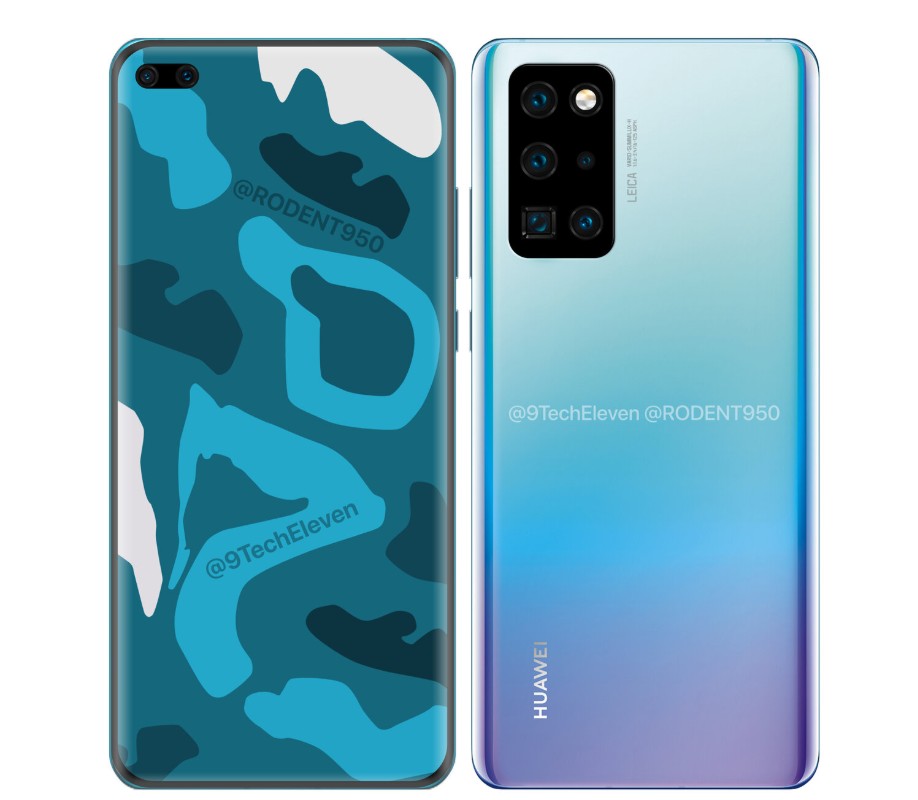 Fortunately, Huawei didn’t go the Nokia 9 PureView route and has adopted what could be the “standard” camera design for 2020. That involves a rectangular bump with cameras and an LED flash arranged in a 3×2 grid. That’s certainly better than the longer 4×2 concept visualized by the tech site.

Equally interesting is the front of the P40 Pro, which shows a long punch-hole cutout instead of a regular notch or none at all. In theory, this would allow Huawei to pack more sensors into that space instead of just one camera. If all goes well for the company, we could see the confirmation of all these in March 2020.