The Huawei Nexus 6P isn’t exactly a new device having launched last year. If you are a Nexus 6P owner looking for longer run time from your device, you might want to consider the new battery case that has launched from ZeroLemon called simply the Nexus 6P Battery Case. The case promises 190% charge for your device and should almost double the runtime between charges.

Inside the protective three piece case is a battery that packs 8500 mAh of power. The case has a Type C charging port allowing the Nexus 6P user to charge the case using the factory smartphone charging cable. The case is designed to allow access to all the ports and controls on the smartphone without needing to remove the case. 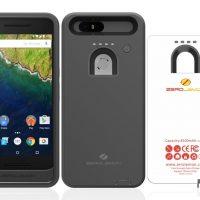 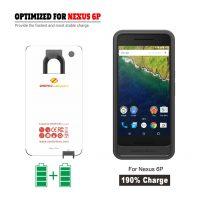 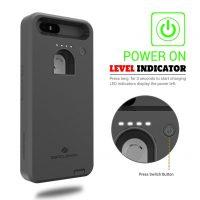 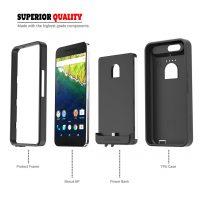 Construction of the case uses triple protection and is shock resistant. The inside of the case is made from soft TPU material. Dimensions of the case are 7.17 x 3.43 x 0.82-inches and the case weighs 0.55 pounds. ZeroLemon offers a 100% zero defect warranty and a 180-day money back guarantee with support 24 hours a day 6 days a week.

The case is listed on Amazon right now, but it’s not available for preorder and Amazon doesn’t know when it will be in stock. ZeroLemon says that it will launch on July 15 and will sell for $59.99. If you are unfamiliar with the Huawei Nexus 6P smartphone, you can check out our review of the device from launch last year for all the details. The big features are a large 5.7-inch screen with 2560 x 1440 resolution, 3GB of RAM, and a Qualcomm 810 processor. The rear 12.3MP camera is able to capture 4K video and uses a bright broad-spectrum flash for lighting.