Huawei MatePad is a budget MatePad Pro aimed at learners

Samsung just recently announced the Galaxy Tab S6 Lite, a watered-down version of its premium Galaxy Tab S6 built to be more affordable in exchange for missing a few features. It isn’t, however, the only Android device maker that had such a wallet-friendly slate in the works. In line with its announcement of the mid-range nova 7 trio, Huawei has also unveiled the MatePad to bring some of the features of the earlier MatePad Pro to a different kind of audience.

If the MatePad Pro was designed for professionals and power users, the Huawei MatePad is being marketed for more educational purposes. This message comes through its access to learning resources and even a distraction-free “Focus UI” mode. There’s also a reading mode that tries to simulate an e-paper screen while also reducing blue light emission, a feature that will benefit users of all ages.

That’s not to say that the MatePad won’t be up to the task of a general-purpose Android tablet. Sure, it has a less powerful Kirin 810 and 4GB of RAM at the lowest configuration. That, however, is on par with what Samsung is offering on the Galaxy Tab S6 Lite anyway, including the 10.4-inch 2000×1200 screen and, coincidentally, four speakers tuned by Samsung-owned Harman Kardon.

Just like the Galaxy Tab S6 Lite, one of the Huawei MatePad’s main attractions is its support for the M-Pencil stylus. Unlike the Samsung version, however, this accessory comes as a separate purchase. 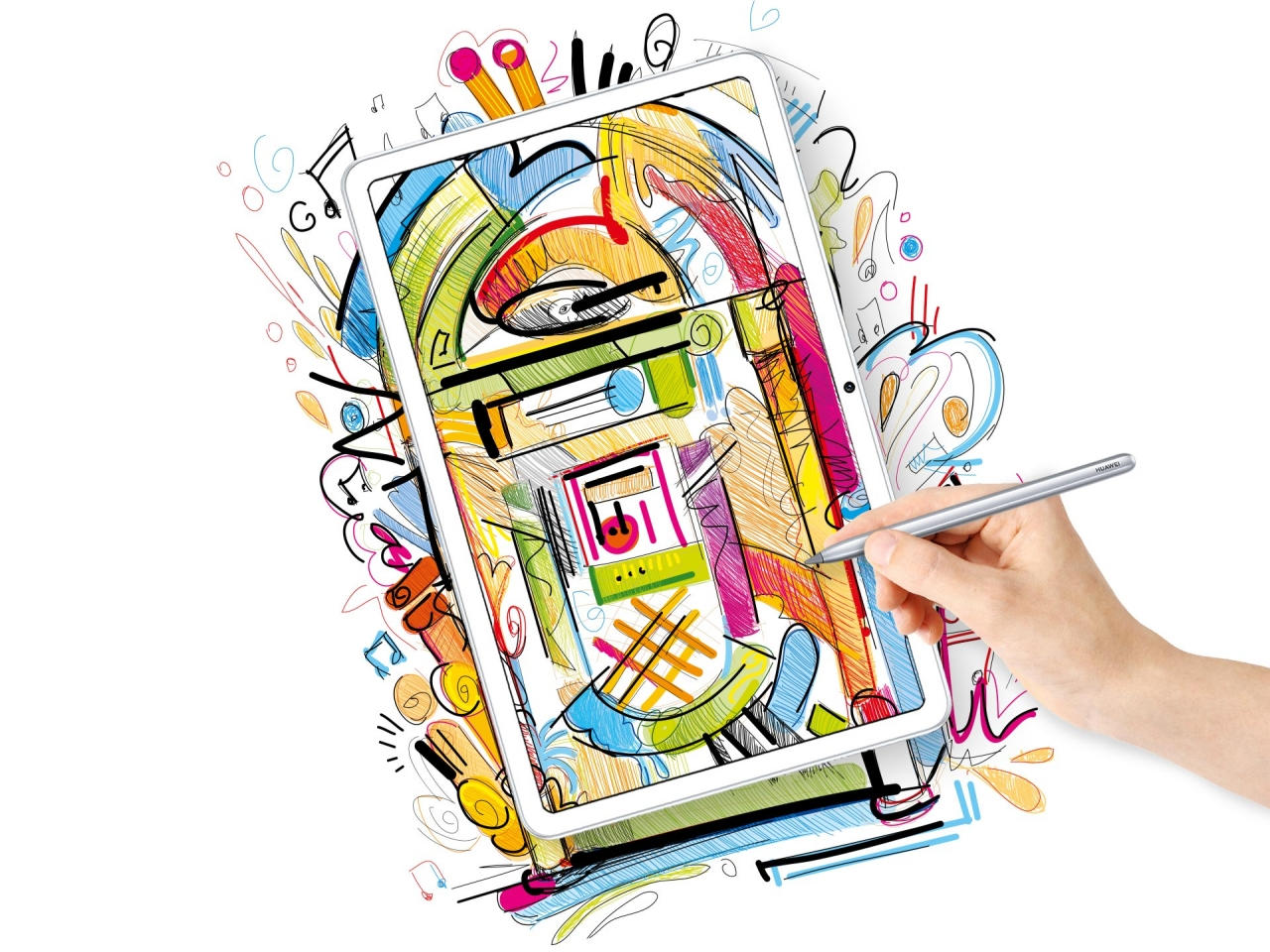 Buyers probably won’t mind too much since the Huawei MatePad‘s retail price starts at 1,899 RMB, just around $270. As juicy as that price may look like, this tablet suffers from the same malady that afflicts any new Huawei Android device since last year, forcing users to either depend exclusively on Huawei’s replacements for Google Play apps and services or find a way to unofficially install those on their own.