Being first is a two-edged sword. If you succeed, you will be hailed as a pioneer. If you fail, you give your rivals the chance to one-up you. That might be what will happen in less than two months between Huawei and Samsung as the latter still tries to do damage control. Huawei, on the other, seems nonplussed and will push through with the launch of its own foldable Mate X phone as scheduled, giving it the opportunity to say once again that it did better than Samsung.

That won’t be the first time it made that claim. When the two unveiled their different interpretations of foldable phones, Huawei was quick to note that it did try Samsung’s “innie” design. In the end, it dumped that idea because it was just too ugly, wasteful, and unusable.

Now it might say its outie fold is also more resilient. One of the possible reasons why the Galaxy Fold screens failed, in addition to removing the not-a-screen-protector sheet, is the pressure applied at the fold. Wrapping the screen outside produces less of a curve and could also take off some of that pressure, which is exactly the design being used by Huawei.

Given Samsung’s major problem with the Galaxy Fold and its decision to delay its launch, there have been rumors that Huawei will be pushing back its own launch to September. Huawei insiders, however, say it’s all just rumors and the company is still on track to launch in June. After all, why would it miss the opportunity to prove it did better than the world’s No. 1. 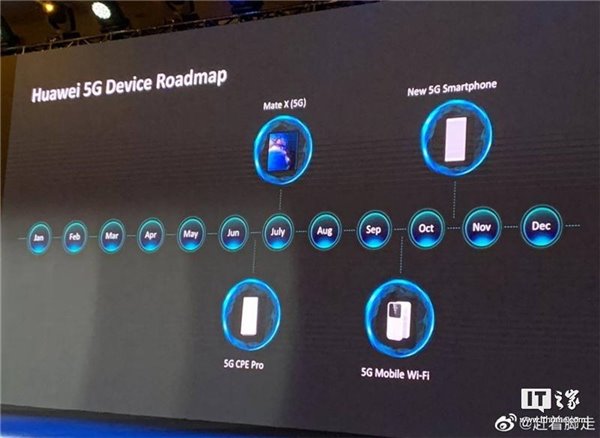 It might also have something to do with Huawei’s larger timetable, one that touches upon that other mobile hype: 5G. In an analyst conference, Huawei revealed its roadmap for 5G devices and a Mate X (5G) is slated for July. That is, of course, presuming the Mate X doesn’t encounter similar problems before then.