Halloween is long over but something might continue to haunt Huawei Mate 20 Pro owners like an eerie green ghost. And no, we’re not talking about Ghostbusters’ Slimer. Just days after new, proud owners got their hands on Huawei’s latest and greatest, the flood of complaints regarding screen problems come crashing into forums and social media. The complaints are clear: users are seeing a greenish light bleed around the edges. Unfortunately, Huawei’s official response isn’t as certain.

There seems to be a less publicized issue that is actually plaguing recent generation of smartphones, particularly those whose edges curve to the sides. There is an amount of light bleeding from the edges, but not as visible nor as garish as the Mate 20 Pro’s. In dark light and with a dark background, it almost seems like your smartphone is haunted.

Responding to the rapidly growing number of complaints, a Community Forum Manager from Huawei UK almost wrote the problem off as a side effect of the screen’s curved design and something that only happens under very specific conditions. Except it doesn’t, which angered users even more. Huawei distanced itself from the initial response, saying it is not the company’s official answer. Long story short, it still doesn’t have one. 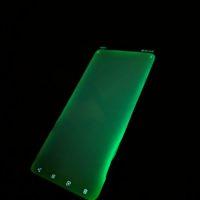 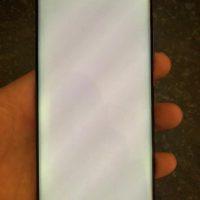 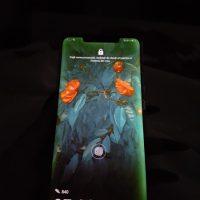 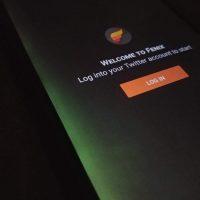 GSMArena reports that Huawei Finland is investigating the issue and is offering users replacements free of charge. Although there is no official statement yet, Huawei UK seems to be doing the same as well. In general, however, Huawei remains silent on the matter, which has lead users to come up with theories of their own.

Some have started using the #gluegate hashtag, blaming it on the glue that Huawei uses to lock the screens. Others have noted that only those OLED panels made by LG are affected while those from rival display maker BOE are just fine. LG’s reputation with the Pixel 2 XL’s equally problematic screen definitely sets a precedent for that.