Huawei’s much-vaunted HarmonyOS, the Android-replacing operating system it plans to use as a workaround to its placement on the US trade block list, isn’t quite the masterpiece of in-house development the company claims, a new beta deep-dive has revealed. The Chinese electronics giant has faced an uphill struggle in phones, smart home tech, and other devices over the past year or so, after being placed on the US entity list preventing it from doing business with American companies.

That left Huawei in the weird situation of being able to use the open-source release of Android, but not have access to some of the apps most associated with the OS. Google-made software like Gmail, YouTube, Google Maps, and indeed the Google Play store all require a separate agreement with Google: that’s an agreement that the entity list blocked Huawei from making.

Huawei’s response was to commit to a platform of its own. HarmonyOS, the company insisted, would do everything Android fans would be familiar with, but allow it to push its own services and app store. It would give the company an OS suitable not only for phones and tablets, but all manner of connected devices, courting third-party developers in the process.

Turns out, though, with the first beta of HarmonyOS available, the reality of what’s underneath the boasts is unexpectedly familiar, just as many expected. Ars Technica went on a deep-dive through the software – having jumped through Huawei’s bizarre hoops and hurdles for registration, including having to send in a copy of your passport and a credit card, and wait for a two-day background check to clear – only to discover that most of the code they had access to was something already freely available on Google’s servers. 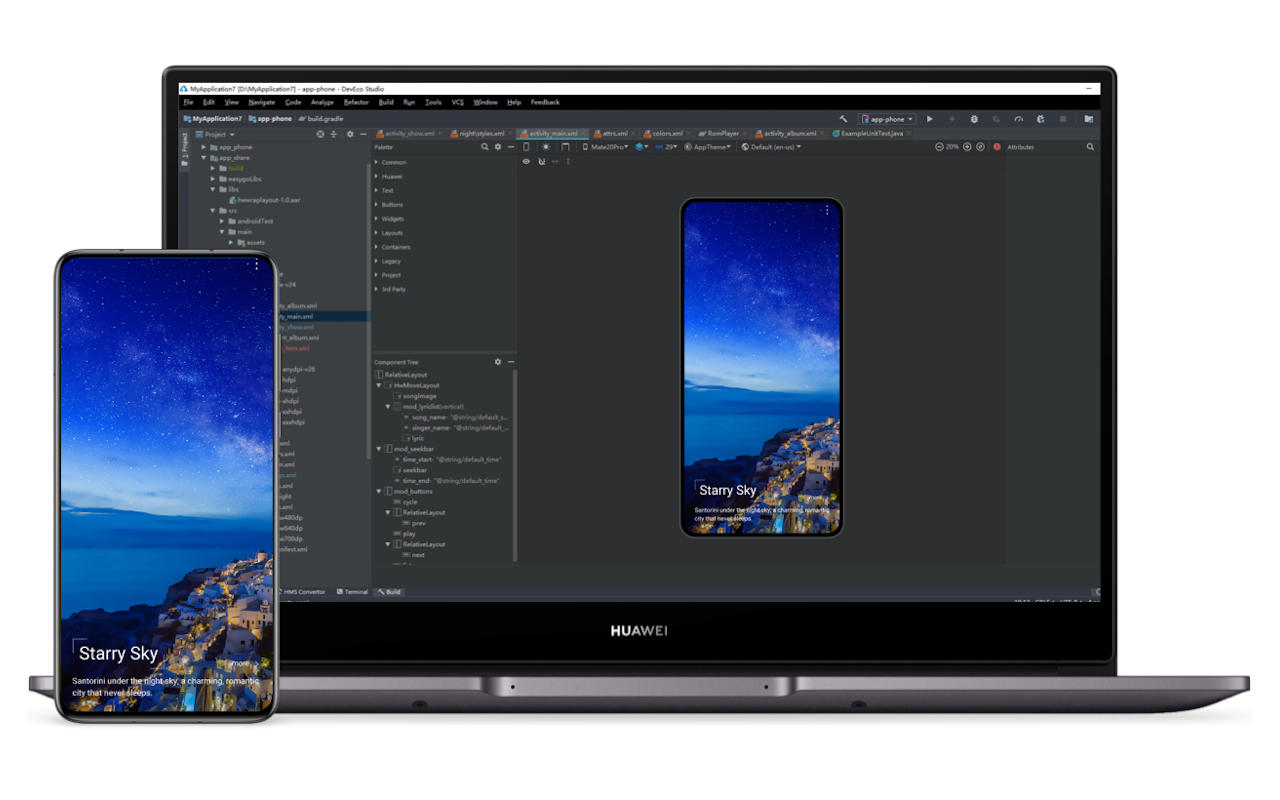 In short, HarmonyOS is basically Android 10 with Huawei’s existing EMUI skin on top. Rather than the homegrown software Huawei has been promoting, it’s apparently just the open-source version of Android, massaged to replace that branding with Huawei’s own. The full extent of what seems to be more of a branding exercise than a software one is worth reading, for just how comprehensively Huawei attempts to cover its tracks.

It’s worth noting that what Huawei has done isn’t, in fact, against the rules. Indeed there’s a significant benefit to taking this approach: it means the Huawei App Gallery, its software download store, can be well-stocked on day one with software from recognizable names, and that most of the features people are familiar with from modern Android devices are already available in HarmonyOS. What it’s not, Ars points out, is anything “more than a branding exercise,” seemingly done so that Huawei can publicly declare it’s breaking ties with American software.

Interestingly, it’s not as though Huawei is unwilling to take dramatic steps to salvage its businesses in the face of its position on the entity list continuing. The sale of its millennial-focussed sub brand Honor completed recently, leaving the now-independent phone-maker able to ink its own deals with all of the software and hardware companies Huawei is blocked from signing contracts with. Chatter internally is even that Huawei is weighing spinning out its Mate and P Series brands, setting the flagship phone series free in order to bypass the trade limits.

HarmonyOS, meanwhile, is expected to feature on new Huawei devices later this year. While the name may be different, the reality is that the situation will be little-changed from how it is now. Huawei will remain China-focused with its phones, with strong government support there, and an audience already used to not having access to Google apps and services as they weren’t offered there even before the entity list saga began. What this won’t address, though, is the concerns that Huawei may be running out of its Kirin chipsets and coming up short on a way to replace them. That, more than software, may end up the pinch-point for its continued ambitions in mobile.