Even with the advent of smartwatches, smart fitness bands, which have been around before those smart timepieces, have continued to thrive. Beyond software differences, smart bands have always been distinguished by smaller or at least narrow displays compared to the circular or square screens of smartwatches. There have been a few outliers, of course, and Huawei’s latest fitness tracker is one of them. The Huawei Band 6 has a tall but large display that, unless you’re looking closely, could easily be mistaken for a smartwatch.

Granted, the line that separates smartwatches from smart bands can be arbitrary, especially for brands that use their own custom OS and not something like Wear OS which is specifically for smartwatches only, at least for now. The Huawei Band 6 may not have access to the same apps as Huawei’s dedicated smartwatches but it does allow users to switch to different watch faces with different themes.

That ability comes in handy with the Huawei Band 6’s 1.47-inch AMOLED screen, which it claims to be 148% bigger than its previous fitness band. Unlike many fitness bands, it is also wider and its overall design gives off a stretched Apple Watch vibe. Those keeping tabs on the international wearable market, however, will most likely also see traces of the Honor Band 6’s DNA in its design.

Despite the smartwatch-like appearance, the Huawei Band 6 is a smart fitness tracker through and through. It has also the staples of such devices, from 24/7 heart rate monitoring to all-day SpO2 tracking. The larger size also has the benefit of fitting in a battery that, along with more restricted OS functions, promises to yield two weeks of uptime. 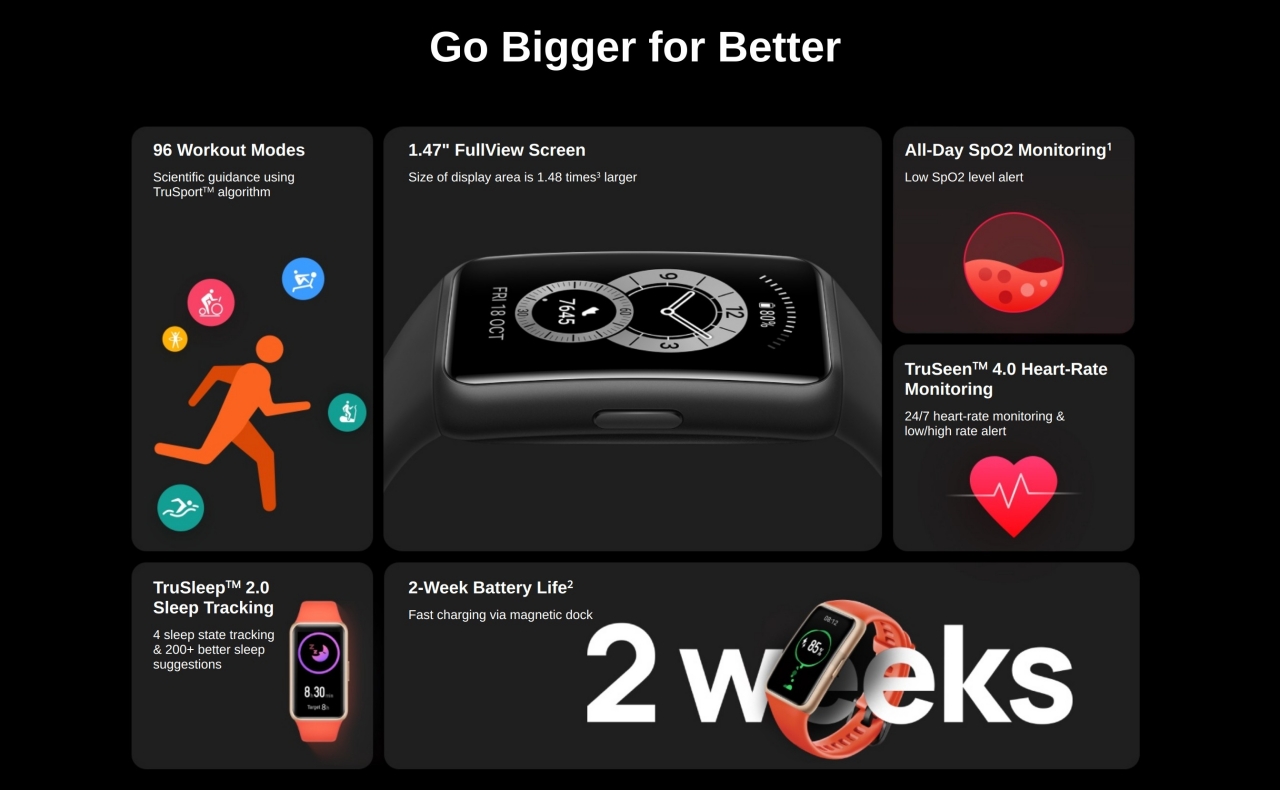 Coming in four color options of Amber Sunrise, Forest Green, Graphite Black, and Sakura Pink, the Huawei Band 6 will be launching for 219 RMB, roughly $35. Although one of its predecessors, specifically the Huawei Band 3, did reach US shores, the chances of that happening this time around is extremely slim.