Today is the big day for some lucky HTC Vive buyers. The Vive is showing up in houses across the US, which means it’s time to answer the burning question on everyone’s mind. No, I don’t know when yours is showing up, I mean the other burning question. “What’s the difference between the Vive and the Vive Pre?” Well I’m glad you asked.

At first glance, the two headsets appear to be nearly identical. The only thing I noticed upon pulling it out of the box was the removal of the “VIVE PRE” branding on the top of the device. Instead, you’ll only find the HTC logo, and nothing more. Once I got to really comparing the two, there were some minor differences that I thought I should document.

The IPD adjustment knob has been slightly changed, to add more of a grip. I never had much of an issue twisting it to get things right, but I do like the feel of the new “grippy” knob. 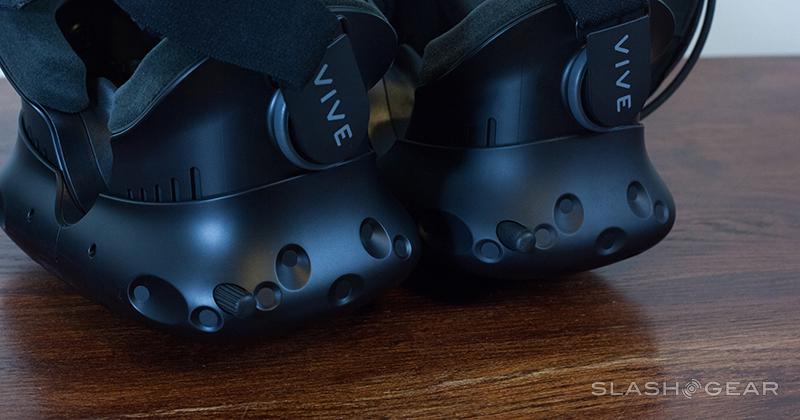 If you look at the back of the headset, to the straps that hold it into place, you’ll find some other minor changes. The triangular logo has been moved from underneath the cables, and is now on the new, wider cable guide. The bottom cable guide has been increased in size as well, and looks a little less out of place. 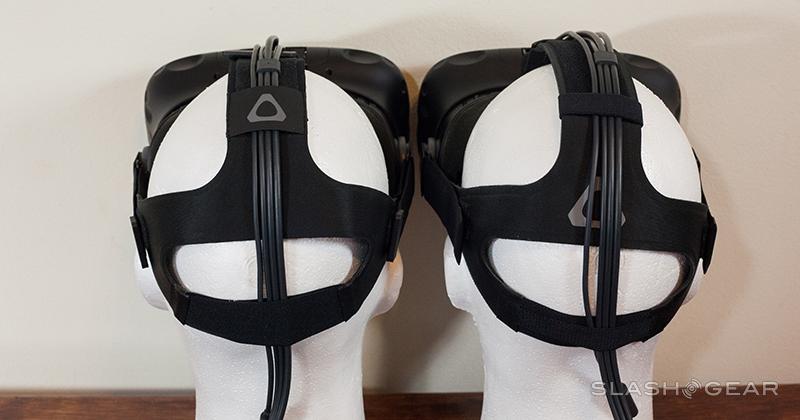 The tips of the straps have been given a more solid rubber coating. They feel a bit more solid, as though they could withstand being pulled on a lot more than the earlier Vive Pre. 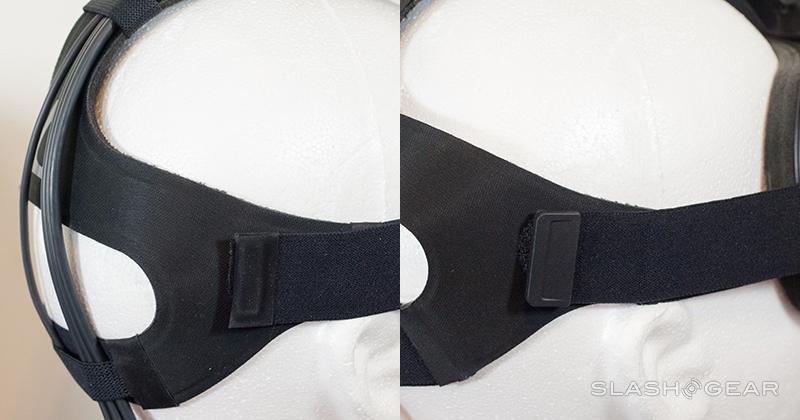 If you look on top of the headset, you’ll see that the area where the straps connect to the top has been changed up a bit, too. Instead of seeing a large hole where the strap goes, you can see that the strap now connects a bit more toward the front. And that portion of the strap now has a hole for the cables to come through. cleverly, the hole is also shaped to look like the Vive logo.

While we’re looking at the top, there are two small indents that weren’t present on the Pre. I’ll admit that I’m not quite sure what these are, as they’re different from the larger dimples seen on the front of the device. 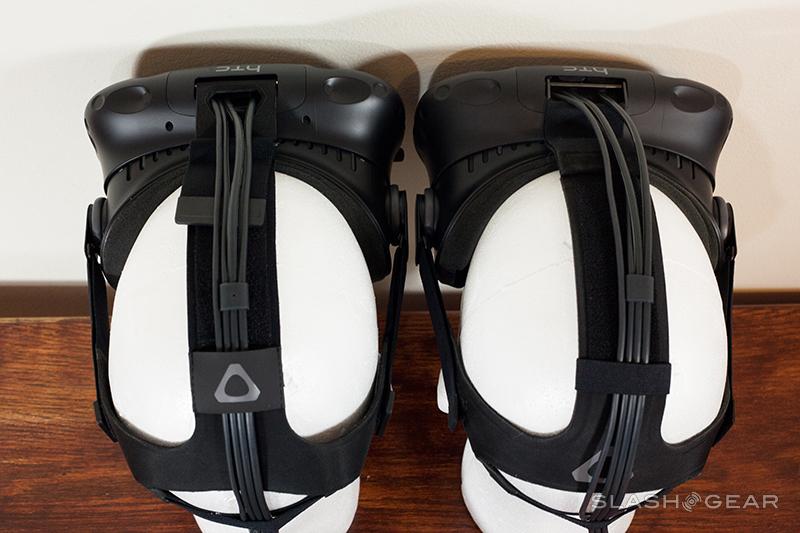 The same small indents are present on the bottom of the Vive as well, and not on the Pre. 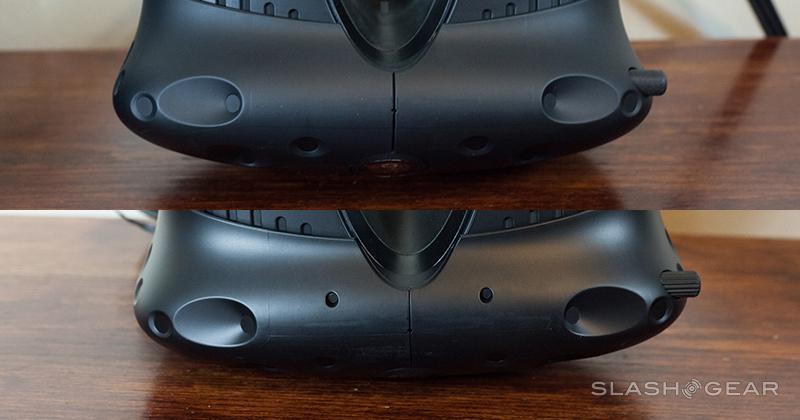 If you pull off the padding around the headset, you’ll find that something has changed here, as well. You can see that there is now room for a small tab to be inserted at the top. This corresponds to the tab that is now present on both face cushions provided with the Vive. While the tab might not seem very interesting, I’ve found that it does make the process of putting the cushion back on a fair bit easier. Mostly because I try hard to get everything lined up perfectly, and the tab gives me a good starting point. 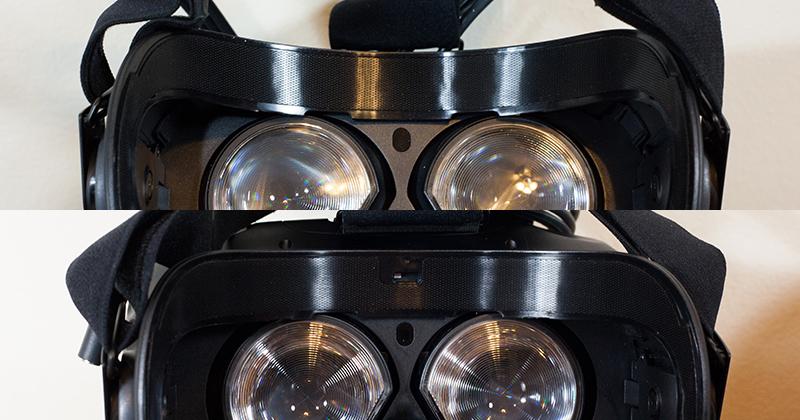 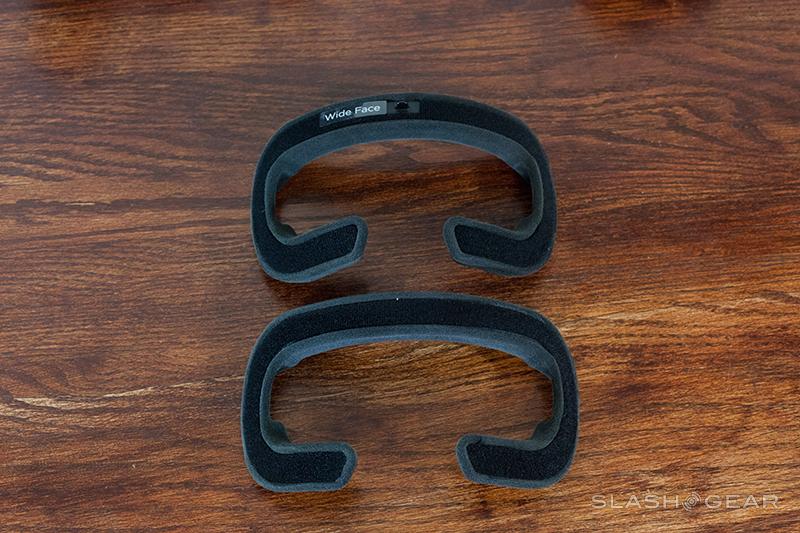 There are no noticeable differences in the earlier controllers and the ones shipped with the consumer version. Aside from the branding and logo changes on the front, and the color of the ink used on the back, the hardware appears to be identical. 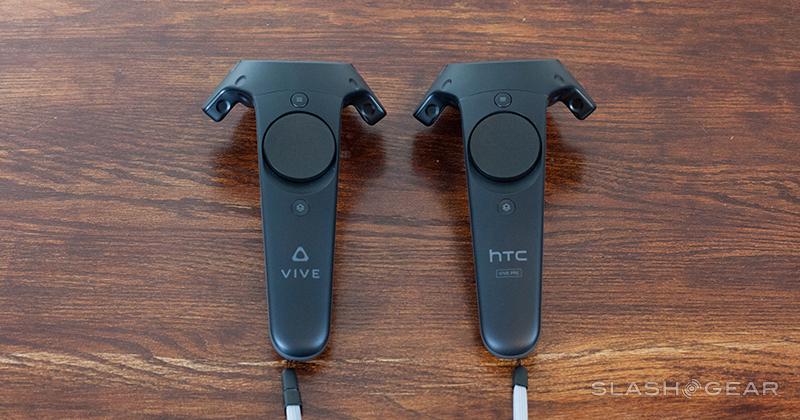 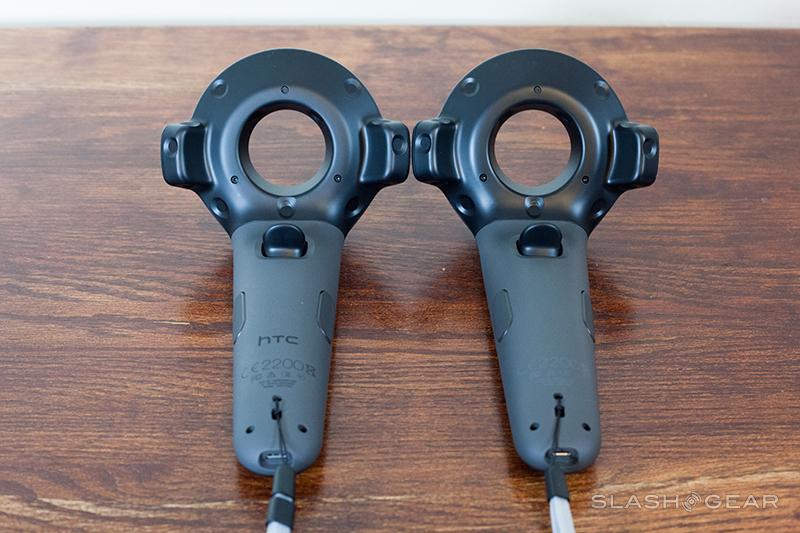 The receivers also appear to be identical. The text on the back has been altered slightly, but otherwise the small black boxes remain unchanged. 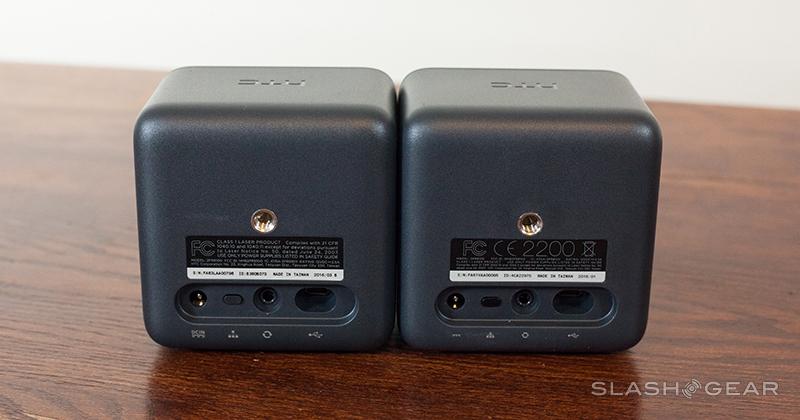 Now here’s a big change that makes me very happy. The mounting hardware for the receivers is completely different. The original hardware that was shipped came in a separate box, which means it was just something that they had found off-the-shelf and stuck in the box. It was completely functional, but required tools in order to make any adjustments, once they were on the wall. The new hardware is super simple to use. Once you’ve mounted it to the wall with a couple of screws, adjustments are as easy as turning a knob. The plastic ring around the ball that you see is just that, a simple knob. Unscrew it a bit to loosen things up and make your adjustment. After that, tighten it back up and it’ll stay put. It’s also made from a lighter plastic, which I’m a fan of, when it comes to mounting anything on the wall. 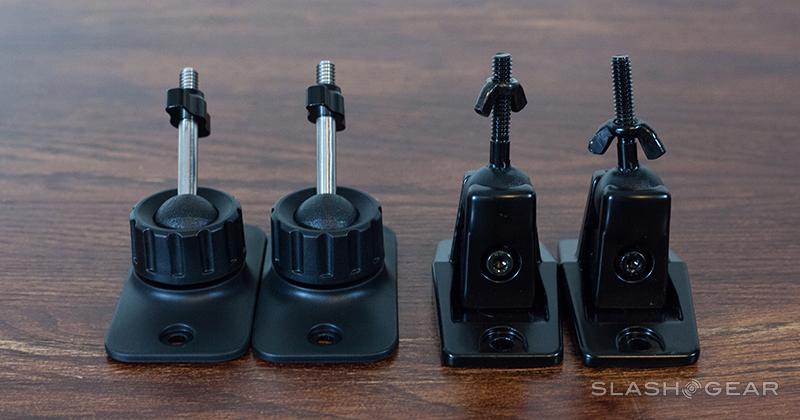 The link box is essentially the same. They’ve added labels for each of the ports, both on the back and front of the box. Also, they’ve included labeling on the top to let you know which side is for plugging in your headset, and which is for the plugs going into your PC. 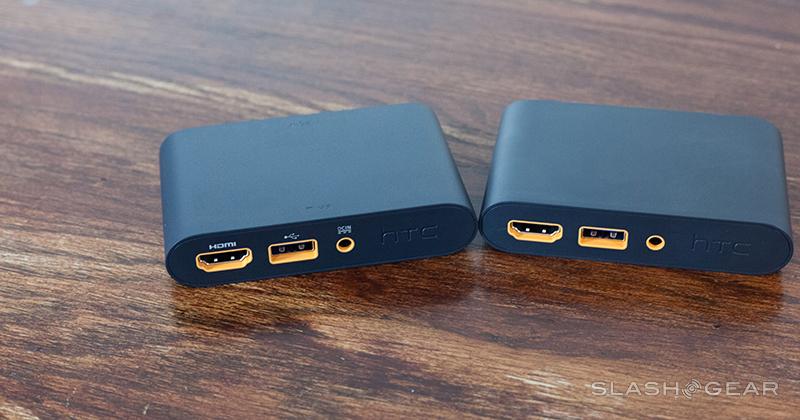 The final change of note is in the earbuds. The buds themselves are the same, but the cable has been shortened significantly. It’s only a mere 12″ long, which is honestly just fine, considering that you’ll plug them into the audio jack coming out of the headset. The original cable was much too long. The original earbuds also had a small switch with a mic on it, which is absent in the final version. I had wondered if this would be used in conjunction with the new Bluetooth features for the headset, but apparently not. 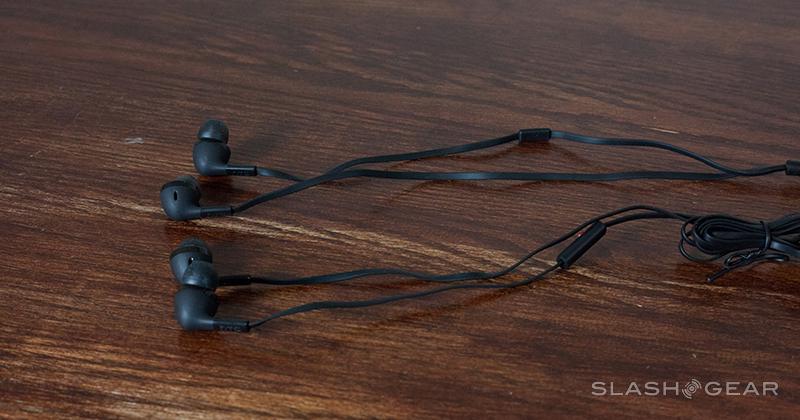 There you have it. Not a lot of big changes, but a number of very minor ones. If you’re a developer that got your hands on one of the Pre kits, it doesn’t look like you’re going to be missing out on much.