With screens effectively pushing out bezels and buttons from the faces of phones, OEMs are looking to the back and sides for additional controls. But instead of simply adding yet another button, HTC dared to do something new in the HTC U11: Edge Sense. As fancy as it may be, the squeezable interface didn’t exactly wow users when the phone launched. But HTC at least seems committed to making that gesture more functional and more customizable. Unlike a certain Korean manufacturer hellbent on locking its new single-purpose button to that single, still practically useless purpose.

At its core, the pressure sensitive side edges of the HTC U11 detects a short squeeze and a longer squeeze and allows you to map those to two different actions. At launch time, the number of supported actions were limited but they were more than just one. Plus, HTC allowed you to change the actions to your needs, unlike Bixby.

In the update that HTC is rolling out, the U11 Edge Sense will spread to more apps. In other words, you can use those same two squeezes to do two different things from inside apps. Think of it like quick shortcuts to most commonly used functionality. Even better, HTC lets you decide which functionality that will be.

Setting it up isn’t exactly straightforward. You don’t have a predefined list of actions per app. What you do, instead, is to select an area or action inside an app to map to a short squeeze or to a long squeeze. That is true even for double tap actions, like liking a post on Instagram. Repeated squeezes is equivalent to tapping repeatedly, so you’re practically not limited to just a single action, as long as the tap happens in the exact same area. 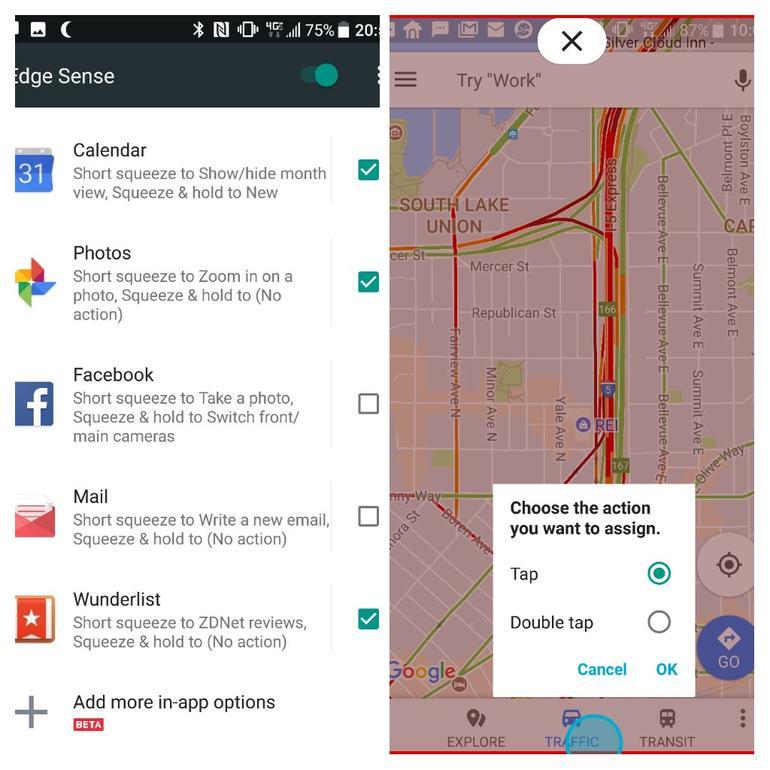 While Samsung Bixby theoretically lets you do the same using only your voice, HTC Edge Sense has one very important advantage. Users won’t need to wait for HTC and developers to incorporate the feature into apps, as it is basically just mapping touch screen taps and double taps to the squeezes. Sure, you are technically limited to two actions per apps, but two is better than having to wait for nothing.