To say HTC is having a bad month is an understatement: share price ditching, outlook slashed and reeling from an embarrassing and unexpected defeat by Apple in the patent courts. The company that once led the smartphone segment has found its “Quietly Brilliant” message struggling to be heard above the crowd. The potential collapse of the S3 Graphics deal is just the latest stage of the company’s ebbing momentum, though it can’t blame the USITC entirely for investors’ loss of faith. HTC lost its common Sense some time ago.

HTC is arguably at a disadvantage from the off in comparison with its mobility rivals. The smartphone market, outside of Apple for the most part, has become a vast game of spec-sheet bingo, with flagship, mainstream and budget products competing on how many buzzwords they can tick off. Advanced users familiar with the tech look for key features like the current generation of high-speed dualcore processors and pixel-dense displays, while the less involved can only compare long lists of checkboxes in stores to figure out which of the increasingly identikit devices is “best.”

When your worth is the sum of your components, HTC’s shortfall in manufacturing begins to drag. Samsung has a huge advantage in producing its own displays, camera modules, chipsets and memory, while LG has its NOVA display prowess. Apple has not been shy in flexing its mighty bank balance and tying up the latest and greatest in hardware for its phones and tablets. In comparison, HTC has been left to pick up what suppliers will allow it to have.

Meanwhile, its lead with Android – founded on the very first Android smartphone, the G1/Dream – has lost momentum. Samsung usurped HTC’s Nexus role with the Nexus S and leveraged its leading-hardware position to produce the Galaxy Nexus after it; Motorola Mobility, now in Google’s pocket, looks increasingly likely to produce the fourth Nexus device, despite Andy Rubin’s protestations that it will be an independent decision.

Where HTC should have pushed ahead was in software and services; in fact, at one point it showed all the signs of doing so. HTC Sense was the perfect sop for the smartphone-naive public, back in the days when Android’s own UI was more hotchpotch than holistic. The company even led the way for features Google later integrated into Android itself, such as synchronizing Facebook details with individual contacts. 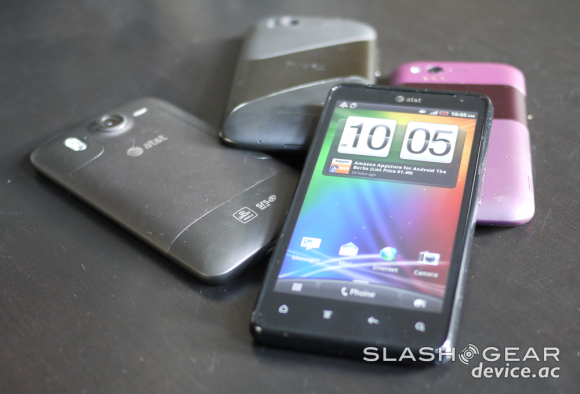 With HTCSense.com and the investment in OnLive, it looked like HTC was doing its best to innovate on software and services to balance out its shortcomings in raw components. The online Sense service was to be a cloud hub of contacts, messages and content, offering free tracking and remote access if your lost your phone or left it in your desk drawer at work, while offering a distilled selection of apps that HTC had picked out of the Wild West melee of the Android Market. With the addition of gaming it could have been a legitimate selling point, not just to first-time smartphone buyers drawn in by HTC’s eyecandy-rich UI, but to upgraders too. After all, why jump ship from HTC to, say, Samsung if you lose access to all those useful cloud services in the process?

Unfortunately, Sense online ran out of steam and HTC seemed to lose interest. What could’ve been a strong differentiator – something that would have a powerful impact on users’ daily experience with their phones – it became little more than another pointless pop-up in the notification bar. For most, the only reminder that HTCSense.com is there is the “Matched Contacts” dialog that periodically appears, asking you to link new profile information on your phone with that of other registered Sense users in the cloud. Problem is, once you’ve gone through and signed off on the links, nothing actually happens. It’s smartphone busy-work, another missed opportunity for HTC to put its merits front and center before an audience near-addicted to tapping on their phones.

With Ice Cream Sandwich receiving rave reviews, the Sense UI is losing some of its schtick. HTC is still positioning it as the straightforward, multimedia-rich way to interact with your device, but the OS it covers up no longer really demands such short-cuts. Instead, with fragmentation the platform bogey man of the moment, it introduces a cavalcade of delays to updates.

[aquote]As a user, you may not know it’s called “fragmentation” but you definitely know you don’t like it[/aquote]

That’s easy to gloss over when you’re writing about the mobile industry, or investing in it. When you’re a user, less than a year into your 24-month agreement, watching your friends get OTA updates bringing shiny new features to their smartphones and wondering where yours might be, you may not know it’s called “fragmentation” but you definitely know you don’t like it. After two years of that, it’s perhaps enough to make you look elsewhere for your next smartphone hit; that’s when HTC’s value-added services should be coaxing users back into the fold, but we’ve already seen how that’s not happening.

Based on the latest batch of leaks, HTC’s 2012 line-up shows real promise. Gone are the “big screens for the sake of big screens” of me-too handsets like the Sensation XL, replaced with top-tier hardware, aesthetically pleasing design and an apparent recognition that more-of-the-same is a shortcut only to mediocrity, not a consistent cash-flow. We’re seeing devices that can legitimately compete with the spec sheet prowess of Samsung and Motorola phones, for instance.

Hardware is only half of the story, though, and we still need to see whether HTC can deliver the second part. The company needs to screw its courage to the sticking place, and trust in the strengths of its software and service acquisitions. In today’s market, that means recognizing that a smartphone or a tablet is part of an ecosystem: communications, entertainment, gaming, social media and more. HTC has stuck a toe in before: OnLive for cloud gaming, the MediaLink DLNA-streaming adapter, HTC Watch for movie purchases and rentals. Now it needs to commit to them in a way that convinces carriers, investors and – most importantly – customers that there’s more to company strategy than a scattershot of ad-lib devices and ephemeral services.