The HTC One (M8) is one of the better Android handsets available. For many, it’s the aluminum shell that takes the cake. What happens when you strip it away and add plastic, though? Is the device still a winner? The HTC One (E8) is trying to answer that question.

This has been done recently, and it didn’t go over that well. The iPhone 5C was basically an iPhone 5 in plastic, and while not a bad phone — it wasn’t the iPhone we all knew and loved. The HTC One (E8) could find itself in similar company, taking the sexy metal casing and re-branding it anew in molded plastic.

Aside from swapping plastic from metal, is anything else different? You can run down much of the spec list of the One (M8) and find the same hardware. Snapdragon 801, Adreno 330, 2,600mAh battery, 16GB memory (expandable), and 2GB RAM.

Some omissions, like an IR blaster, are also present. Those lesser-used functions that are missing tell us this was meant for the more general-use user, not one who wants their phone to be a be-all device. 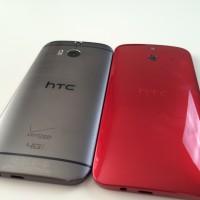 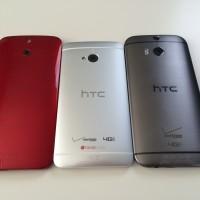 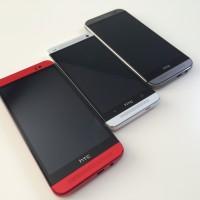 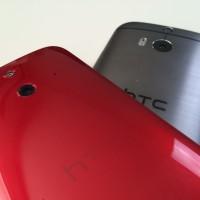 The Ultrapixel camera is also on-board, but the plastic E8 lacks some of the stiff-jabbing power of the M8. The true-tone dual flash is gone, as is the depth-sensing second “camera”. The E8 also shoots 1080p video at 30fps, a diminished experience form the M8’s 60fps. If any comparison to the camera can be made here, it’s to the original HTC One (M7) — the camera specs are identical to the older One.

The plastic — aside from, you know, not being metal — does leave you wanting. It’s a solid build, but plastic invites no reaction. It’s lighter, which is nice, but there is no longer anything special here. It’s a bright, shiny, plastic device. There are plenty of those.

If you like how HTC handles Android, you’ll find favor with the One (E8). Nothing has changed, and it offers up the same experience you’ll get on the One (M8). Blinkfeed is still a joy, and the slight customizations you can make are a delight. 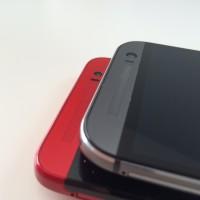 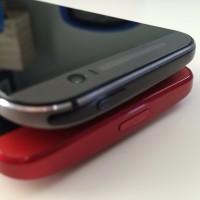 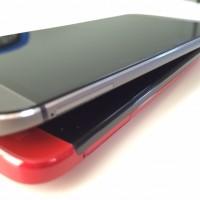 Say what you like about plastic v. aluminum; the software experience is much more important. HTC is offering the same experience we like on the One (M8), and the same level of updates can be expected here. This is a smart move on their part. While the hardware leaves some software tweaks out (the IR blaster, again), the general experience is still great.

Editors Note: To get more detail on HTC’s software, check out our HTC One (M8) review!

HTC took a page from Apple’s playbook — they just changed it up a bit. The plastic build is going to cost less, and offer a touch less as well. The camera is dated, but the rest of the spec sheet is copied from the newer One. HTC is basically taking the metal One and slipping plastic over it, much like Apple did with the iPhone 5C.

The plastic doesn’t offend in any way, and there is no reason to consider it a cheap “out”. It may be plastic, but it’s solid. For that, HTC can be commended.

Our bright red model is striking, so we’d suggest getting some hands-on time before buying one. The color is a bit more polarizing than you might find on your computer screen, and glare in the summer sun is alarming. Snatching this one online might leave you wishing you had seen the color ahead of purchase. 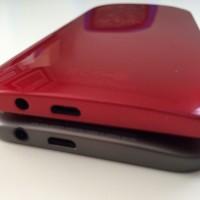 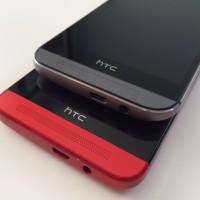 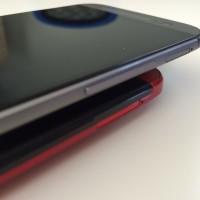 What you end up with is a plastic HTC One, plain and simple. We may have nit-picked the camera a bit, but the upgrades made to the One (M8) over the One (M7) were slight. Resolution didn’t change from last year, nor did the sensor or pixel size. Shooting 1080p video at 60fps is nice, but not something many consumers will be consumed with. We liked the original HTC One camera just fine, so the One (E8) is equally acceptable.

Aside from a sexy metal shell, the E8 lacks something intangible. The metal sets the One apart from other Android handsets. Plastic brings it back down to earth. Like Apple’s iPhone offerings, HTC’s duopoly here is meant to diversify the portfolio and price points.