HTC not upgrading One M7 to Android 5.1, and owners are mad

Today, HTC confirmed what many One M7 owners had been dreading. At two years old, the One M7 won’t see the Android 5.1 update, which is being built for their One M8 and One M9 smartphones. The reason for this shunning is likely HTC’s Sense Android overlay. HTC says the One M7 with Sense won’t see the Android 5.1 update, but the Google Play Edition of the same handset will. This split decision has not left many users happy, either.

Taking to Twitter, many HTC One M7 owners are questioning the move. Android 5.1 is what many call a “maintenance update”, wherein Google rights some wrongs persistent with the last update. Android 5.0 may have rolled in that pretty Material Design, but it’s not without its flaws.

@kennymaclean Only the GPE version of M7 will receive 5.1. Our target is early April. Thanks.

Respondents to the Twitter announcement the One M7 with Sense would not receive the update — by HTC’s VP of products, Mo Versi — were less than pleased. Cries of ‘typical of HTC’ and “this is why I will never buy another HTC phone” dot the thread.

Many are just not pleased with HTC’s work with the last One M7 update, and feel they’re owed something better. Others are just curious if the One M7 will see Sense 7.0, which we assume it won’t.

The HTC One M7 was officially unveiled in February of 2013, and went on sale in March of that year. In a very technical sense, HTC has executed on their promise of 24 months of support for their customers. Still, the choice to support the GPe edition is odd. 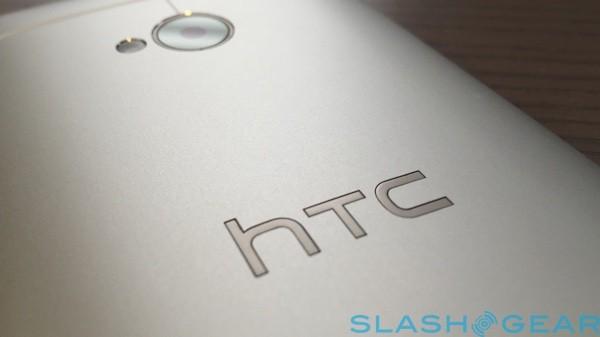 HTC’s Google Play Edition One M7 was announced in March of 2014. Aside form Sense, and a few other HTC tricks, it’s basically the same handset. It remains to be seen if HTC just finds it easier to slip Android 5.1 into the GPe One M7, or if they’re simply going to support it until its technical end of line.

Either way, One M7 owners are not happy.