I just received a detailed itinerary for the HTC London press event on Tuesday May 6, 2008. I arrive in London at 8:45 AM, registration starts at 11:00 AM and the HTC press event kicks off at 11:30AM. I have a briefing with HTC CIO, Horace Luke at 3:30 to 4:00 PM. There’s a cocktail event with HTC’s CEO Peter Chou at 5:00 PM and dinner at 7:30 PM. HTC’s Chief Designer will be attending so looks like I’ll have an opportunity to pick his brain on HTC’s next wave of innovation. Make sure to stay follow the event in real time via http://live.phonemag.com.

HTC isn’t releasing what the press event will entail, but if what’s been rumored over the past weeks are indeed true, then we will witness the birth of the HTC Diamond, HTC Touch Pro and perhaps Mr. Chou will dazzle us with the highly anticipated Android-powered Dream phone.

Overview of the HTC Diamond and Touch Pro

Earlier unconfirmed reports have revealed many of the Diamond’s specifications. The Touch Diamond is expected to be officially called the HTC Touch Diamond, and replace the very popular original HTC Touch.
Similar to its predecessor, Touch Diamond won’t have a physical keyboard but instead be focused on its 2.8-inch touchscreen. But it will supposedly have a number of upgraded features, like a VGA display, a 3-megapixel camera, Windows Mobile 6.1 Pro, and an updated version of this company’s fingertip-oriented application launcher, TouchFLO. 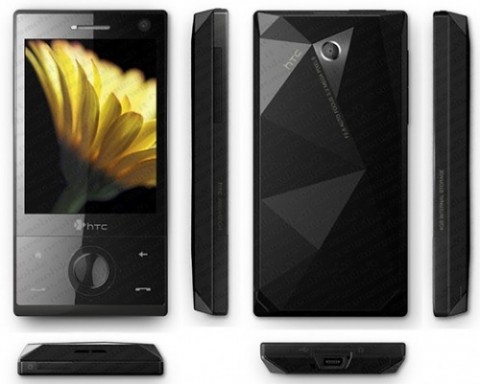 Recent leaks revealed what seemed to be plausible specifications and images of the HTC Diamond. According to the site, there is a 3.2 megapixel camera, 4GB of internal storage with MicroSD expansion still on the table, FM radio and a 2.8-inch VGA display. Obviously it will run Windows Mobile 6.1 Professional, and has the hardware to back it up, with a 528MHz CPU. Connectivity is a sure thing, with HSDPA 7.6mbps, and WiFi. It’s still unclear whether the Diamond will also sport a slide out QWERTY (similar to what has been reported for the Touch Pro), and there are rumors of an accelerometer, but it’s believed to be quad band GSM and just 10.7mm thick.

Earlier unconfirmed reports have revealed some of the Touch Pro’s specifications. The Touch Pro or Raphael is expected to be officially called the HTC Touch Pro, and replace the very popular original HTC Touch Dual. Touch Pro will have physical QWERTY keyboard in addition to a 2.8-inch touchscreen. But it will supposedly have a number of upgraded features, like a VGA display, a 3.2 megapixel camera, Windows Mobile 6.1 Pro, and an updated version of this company’s fingertip-oriented application launcher, TouchFLO.
HTC will definitely release both GSM and CDMA versions of the Touch Pro with 3G support, and some of these will include Wi-Fi, Bluetooth 2.0 and/or GPS.

Overview of the HTC Dream

The HTC Dream is speculated to include many of the iPhone features, such as the full touch screen interface and keyboard. It should measure 5-inch long and 3-inch wide. The picture below was shown on BB video, and has been undergoing tests at Google. Right now, this device is the closest thing we have to what the Dream phone looks like. 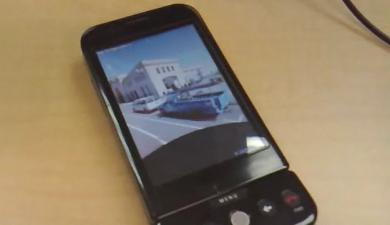 The newly launched Touch Accessories store is the one stop shop for everything HTC accessories. Make sure to drop by and check it out when you get your very own HTC Touch Diamond, Touch Pro or other HTC handsets.