The HTC Exodus is a smartphone that’s meant to lead the market into the future. HTC has a history of forging paths in this space – and with blockchain technology, it would appear that they’re aiming to take a first swipe at a crypto-phone. This device will have a touchscreen display, a single camera at its back, SIM and microSD card support, and it’ll run Android.

Each Exodus device will be unique, as each phone will serve as its own blockchain node. Each device will be blockchain encrypted, which means it’ll be incredibly difficult – next-to-impossible – to break into. Your identity and your information will be encrypted and stored on the phone, not on the cloud.

DApps are apps that are open sourced and run with blockchain technology. All records of each DApp’s operation is stored on a public blockchain – visible by all. DApps incentivize use by rewarding users with cryptocurrency. 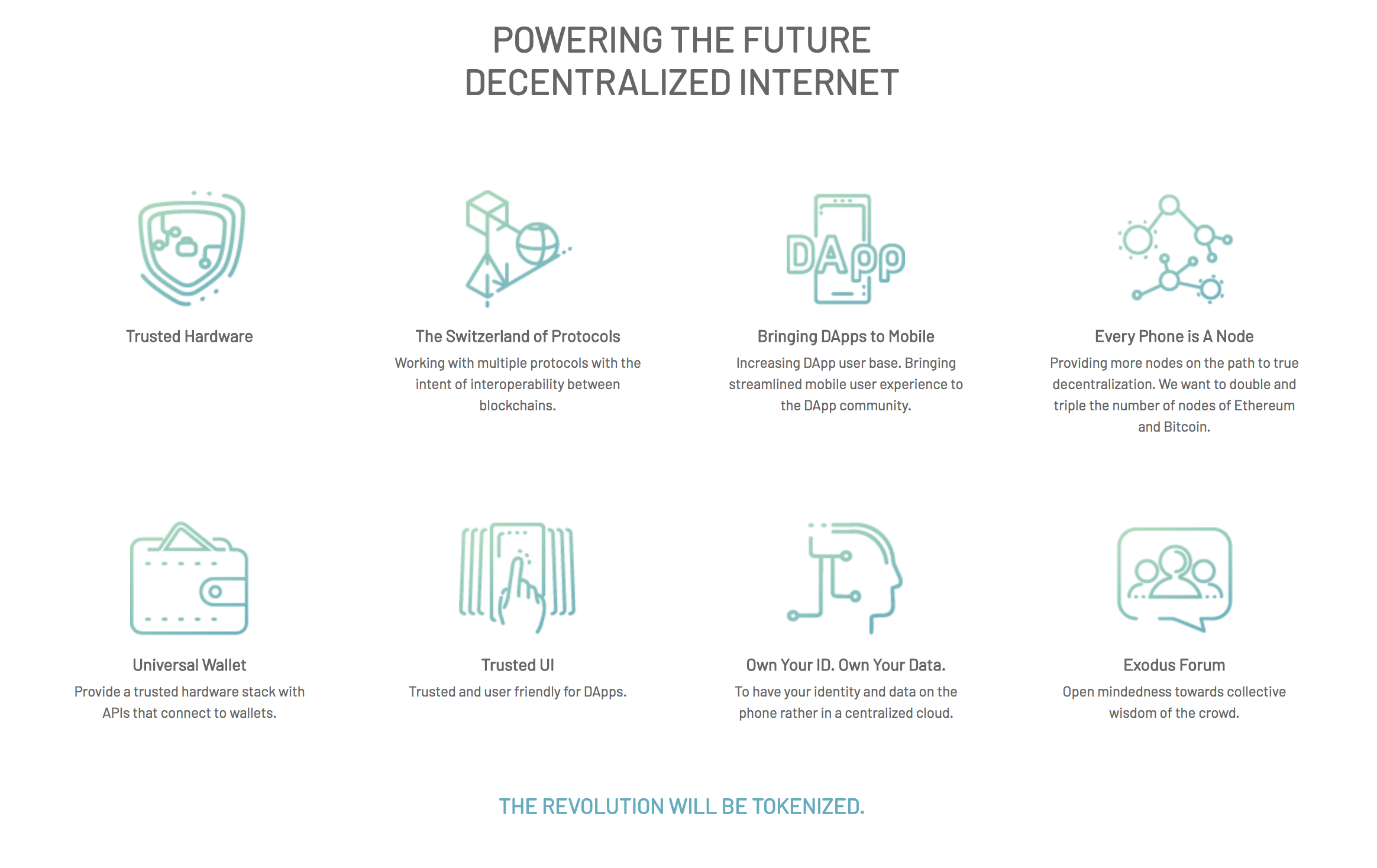 It would seem that DApps, by their nature, should provide a model where HTC won’t have to worry about lack of developer support. Apps won’t necessarily be built specifically for smartphones – instead they’ll have the ability to run on a smartphone by default. With the HTC Exodus’ connection to blockchain tech (with a boat-load of blockchain protocols, across many avenues), having access to DApps on a smartphone – this smartphone specifically – will make using DApps all the more popular.

The blockchain runs on incentivization, just like every other sort of technology. Right now an everyday average smartphone has paid apps and “free” apps. One way or the other, we’re paying for these experiences, either with our digital money or with our time and information.

DApps focus on incentivization through tokens. Cryptographic tokens like Bitcoin and Ethereum. The incentive for creating DApps is tokens, and tokens can be traded for tokens or – in some cases – goods, services, or more traditional forms of currency.

HTC’s blockchain phone hasn’t been shown to the public just yet – nor has information on the HTC Exodus’ release or pricing. When the time comes, we’ll be first to let you know what’s up. HTC has some of their most interesting and/or talented minds on this project right this minute – we’re not going to let it go without investigation!