HTC has a new star of its mainstream Desire series, the Android powered HTC Desire 820. 64-bit follow-up to the Desire 816, the Desire 820 runs Qualcomm’s 1.5GHz octacore Snapdragon 615 with 2GB of memory and LTE connectivity, along with a 5.5-inch 720p HD display.

Inside, there’s 16GB of storage and a microSD card slot good for up to 128GB, HTC BoomSound speakers, and a 13-megapixel camera. No UltraPixels, however – this is a Desire series phone, after all – just an f/2.2 28mm lens and 1080p video recording. 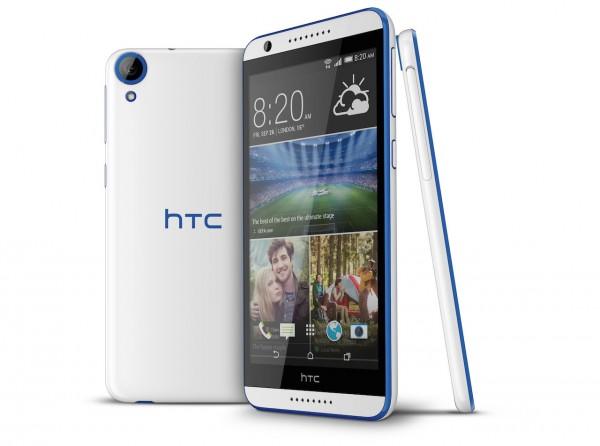 Up-front, there’s an 8-megapixel BSI sensor with 1080p video recording as well. That works with HTC’s Face Fusion software – which can blend two photos together, so that you can see exactly what your offspring would look like if you had a baby with Celine Dion – and Live Makeup, which offers the digital smoothing we’ve seen on other phones.

Along with the LTE and HSPA+ support – with dual SIM in certain markets – there’s GPS/GLONASS, Bluetooth 4.0 with aptX, WiFi a/b/g/n (2.4/5GHz), and a microUSB 2.0 port. Sensors include an accelerometer, ambient light, and proximity, plus a digital compass. 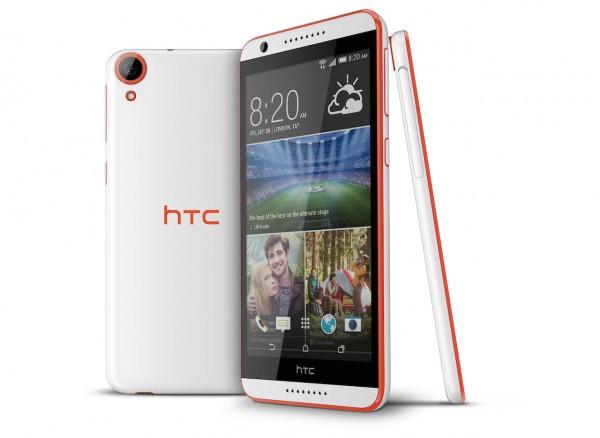 Right now, of course, 64-bit isn’t much use one, but that will change come the arrival of Android L. Unsurprisingly, then, HTC says it’ll be treating an Android L upgrade for the Desire 820 as a priority, whenever Google gets around to releasing the OS.

The HTC Desire 820 will go on sale from the end of September, with pricing and specific carriers yet to be confirmed.