HP just announced the TouchSmart tx2, the company’s very first multi-touch convertible notebook for consumers.  I had a chance to meet with HP earlier today to demo out the TouchSmart tx2 as well as a walk through by Kevin Wentzel, HP’s Technical Marketing Manager for the Mobility Global Business unit.  I like what I saw so far, especially considering this is only version 1.0.

The TouchSmart tx2 has a WXGA 12.1-inch, multi-touch glass display with capacitive touch featuring N-Trig’s DuoSense technology, and what that basically means is that you can use either your fingers or a pen.  Make sure to check out the video demo below.  It’s pretty darn impressive.  You’ll see in the demo that the multi-touch functionality also extends beyond the HP MediaSmart 2.0 suite of applications to other apps such as Windows Explorer.  The MediaSmart 2.0 software lets you watch movies, view photos, play music, watch TV on demand and listen to radio.

The video above demonstrates how the tx2 recognizes simultaneous input from more than one finger using “capacitive multi-touch technology,” which enables the use of gestures such as pinch, rotate, arc, flick, press and drag, and single and double tap.  While those functions are brought by N-Trig, and as such are available on the more expensive Dell Latitude XT, HP have also added a few modifications of their own.  A gesture-based app launcher is one particularly neat enhancement: after a double-tap on the display, the tx2 will recognize a letter traced out with your finger and load whatever software is linked. 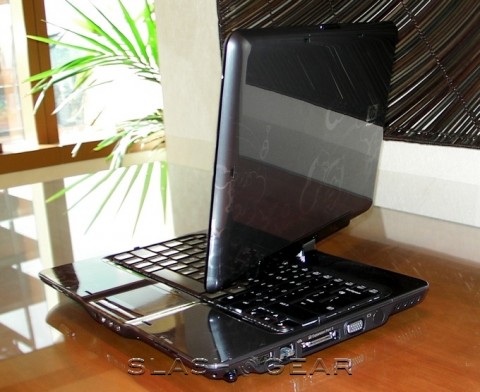 Traditional tablet users looking for the accuracy of a pen will be pleased to know that pulling out the tx2’s stylus and bringing it near the screen turns off the capactive touch and lets you use the standard Windows tablet functionality.  As far a spec goes, the tx2 can handle up to 8GB of RAM with HDD storage ranging from 160 to a 500GB 5400 RPM SATA drive; it’s powered by an AMD Athlon X2 Dual-Core processor clocked from 2.0GHz up to 2.4GHz.

The TouchSmart tx2 is available for ordering today in the United States at www.hpdirect.com with a starting U.S. price of $1,149.  That makes it around $650 less than the Latitude XT, which to me says bargain.  More information about the tx2 is available at www.hp.com/go/touchsmarttx2.  Make sure to scroll down for full list of specs and features.

HP is partnering with MTV networks to bring IPTV content in from MTV, Comedy Central and Nickelodeon. 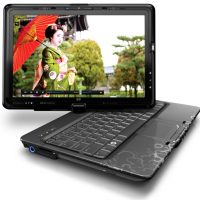 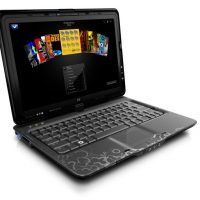 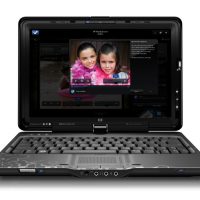 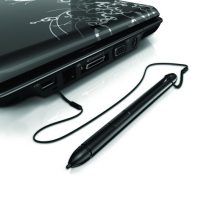 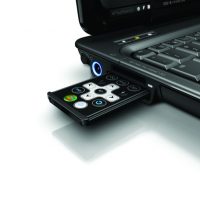 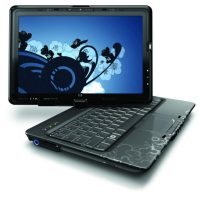 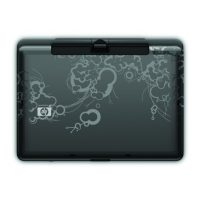 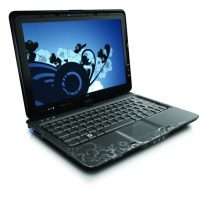 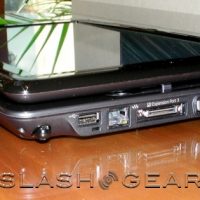 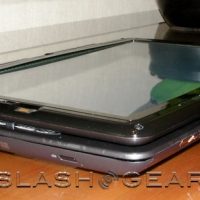 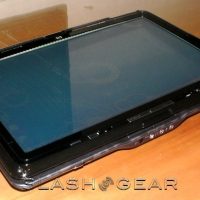 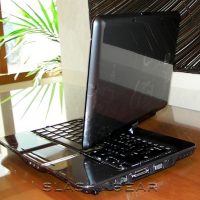 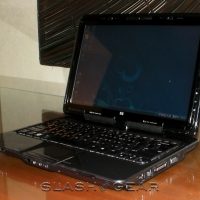 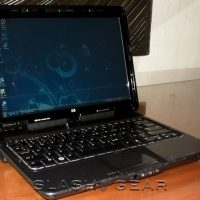 Building upon the touch innovation HP developed for its TouchSmart desktop PCs, the HP TouchSmart tx2 Notebook PC was developed for people on the go who value having their digital content at their fingertips – literally.

“Breezing through websites and enjoying photos or video at the tap, whisk or flick of a finger is an entirely new way to enjoy digital content on a notebook PC,” said Ted Clark, senior vice president and general manager, Notebook Global Business Unit, Personal Systems Group, HP. “With the introduction of the TouchSmart tx2, HP is providing users an easier, more natural way to interact with their PCs, and furthering touch innovation.”

The tx2 is the latest result of HP’s 25 years of touch technology experience, which began with the introduction of the HP-150, a touch screen PC that was well ahead of its time, in 1983.

Digital media powerhouse
The tx2 gives customers the choice to set aside the keyboard and mouse in favor of a more natural user interface – the fingertip.

HP’s multi-touch display delivers quick and easy access to information, entertainment and other social media. The tx2 recognizes simultaneous input from more than one finger using “capacitive multi-touch technology,” which enables the use of gestures such as pinch, rotate, arc, flick, press and drag, and single and double tap.

The convertible design with a twist hinge allows consumers to enjoy the TouchSmart in three modes: PC, display and tablet. With a rechargeable digital ink pen, users can turn the tx2 into a tablet PC to write, sketch, draw, take notes or graph right onto the screen – and then automatically convert handwriting into typed text.

Starting at less than 4.5 pounds, the tx2 possesses a 12.1-inch diagonal BrightView LED display and an HP Imprint “Reaction” design.

In an effort to provide consumers with rich content through the Internet, HP has expanded its partnership with MTV Networks (MTVN) by offering video content from 10 television channels and online brands within MediaSmart’s TV module.

Beginning in December, users can enjoy all the best content from Nickelodeon, the No. 1 entertainment brand for kids; MTV, the premier destination for music and youth culture programming; and COMEDY CENTRAL, the only all-comedy network and the No. 1 network in primetime for men ages 18 to 24. MTVN also plans to make content from Atom, CMT, GameTrailers, Logo, Spike, The N and VH1 available within MediaSmart’s TV module.

The MediaSmart software was first brought to HP HDX notebook PCs in September, using the interface first popularized on HP TouchSmart PCs. HP plans to include the software in the tx2 and all future HP consumer notebook PCs.

Additional features, accessories and service
The HP TouchSmart tx2 series is ENERGY STAR® qualified and EPEATTM Silver registered. Mercury-free LED display panels are included on the tx2 as part of HP’s ongoing commitment to reduce its impact on the environment.

The HP tx Series Notebook Stand elevates the tx2, enhancing its usability while stationary, including making it possible to put the PC in an upright position for full interactivity with the touch screen.

The tx2 offers access to a variety of self-help tools built in and online. It also is supported by HP Total Care, which enables consumers to reach support agents 24/7 by phone, email or real-time chat.

The HP TouchSmart tx2 is available for ordering today in the United States at www.hpdirect.com with a starting U.S. price of $1,149. (4) More information about the tx2 is available at www.hp.com/go/touchsmarttx2.