HP have gone touch-crazy in the run-up to Windows 7’s release, pushing out several new touch-sensitive products including a 42-inch widescreen LCD.  The HP TouchSmart tx2 updates the original convertible tx2, and has a 12.1-inch capacitive touchscreen which also accepts stylus input; meanwhile there are two new TouchSmart desktop ranges, in the shape of the consumer-oriented HP TouchSmart 300 and 600 – at 20- and 23-inches respectively – and the business-centric HP TouchSmart 9100, a 23-inch model targeted at the hospitality and retail markets.

The TouchSmart tx2 uses AMD’s Turion X2 dual-core 2.20GHz CPU with 4GB of RAM (8GB supported), ATI Radeon HD 3200  graphics and a 320GB 7,200rpm hard-drive.  Gigabit ethernet, WiFi b/g, HMDI and a 6-cell battery are standard, together with a DVD burner, and it comes with various touch-control apps for entertainment and media playback.  Pricing will start at $799.99. 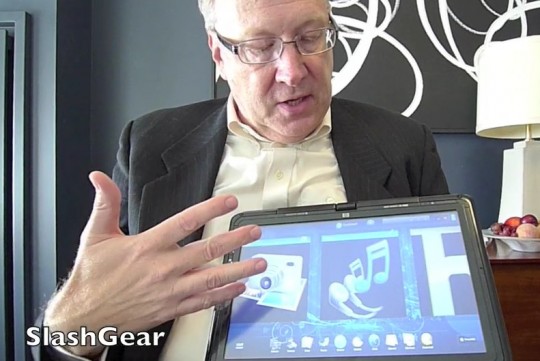 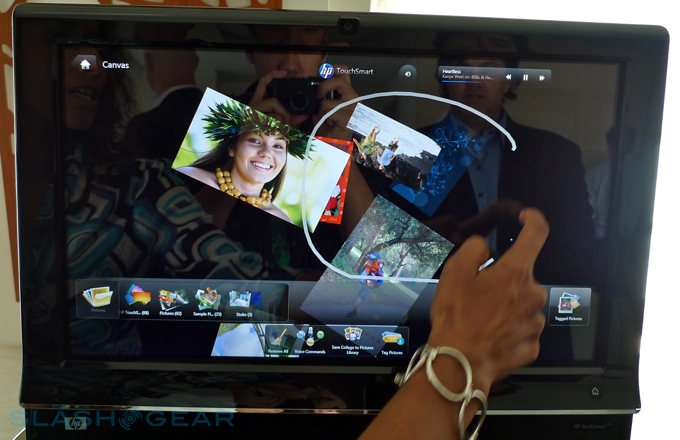 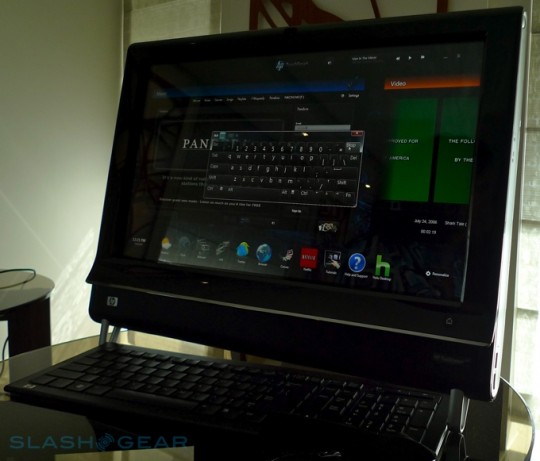 The HP TouchSmart 9100 Business PC borrows the 23-inch display and styling of the 600-series, and offers a choice of Intel Core 2 Duo CPUs, up to 8GB of memory, 250GB to 500GB of HDD space (or a 64GB SSD) and a choice of NVIDIA GeForce 200 or GT230M graphics.  There’s also an optional TV tuner, and a choice of slot-loading DVD or Blu ray drives.  No word on pricing as yet. 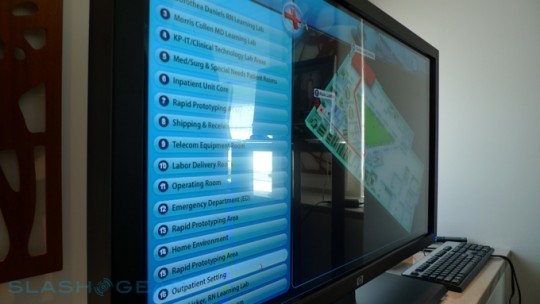 Finally, the HP LD4200tm 42-inch Widescreen LCD Interactive Digital Signage Display is, as the name suggests, not really intended for your living room; instead, it uses infrared tracking to respond to finger-touch in business and commercial environments.  It runs at 1920 x 1080 Full HD resolution and can track two-finger multitouch gestures; ports include VGA, HDMI, 2 x component, composite, S-Video, and USB.  No word on pricing as yet.