The balance between price and features is always a precarious dance, with some yielding more applause than others. HP has been putting out a few laptops that straddle both sides of the price tag line and this new Windows 8.1 laptop was expected to be one of them. Unfortunately, the HP Stream might disappoint a bit.

In terms of specs, the Stream is almost unremarkable. It has a 14-inch screen that barely reaches 720p with a 1366×768 pixel resolution. There is 2 GB of RAM on board and only 32 GB of storage. A worrying size especially when you consider it is Windows installed there. That might be somewhat mitigated by the microSD card slot as well as a 100 GB free OneDrive subscription good for two years. As for wired connectivity, you’ve got one USB 3.0 port, two USB 2.0’s, and an HDMI.

If that setup sounds a bit familiar, you wouldn’t be wrong to equate it with several Chromebooks. In fact, the HP Stream is touted to be part of Microsoft‘s answer to Chromebooks, except it runs a full version Windows, which might not do well for the limited space for installing software. The battery might also not be up to Chromebook-like comparison, as HP only promises 6.5 hours on a single charge.

On possibly notable part of the hardware is the CPU, noted to be an AMD A4 Micro 6400T, one of the company’s latest System-on-Chip (SoC). It is a 64-bit quad-core CPU that runs at 1 GHz, or up to 1.6 GHz when boosted. Because it is new, the HP Stream is one of the very few, only two in fact, devices to carry it on board. 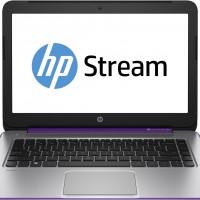 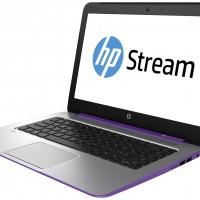 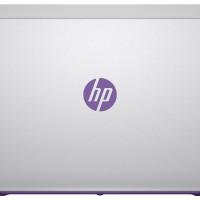 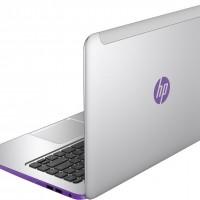 That said, the HP Stream carries a $300 price tag, considerably higher than what many predicted. It is quite possible that software licenses could have pushed the price tag up. Unfortunately, there might be other options in the market that either have an even lower price or the same cost but with better specs, and HP might find the Stream a hard sell.