Convertible laptops have found favor among consumers, and we’ve seen different options from various makers, mostly notably being some of the YOGA devices from Lenovo. Clues have surfaced indicating that HP will be launching it own new convertible in the future, the HP Spectre 13 x360 2-in-1 notebook. Though it’ll be relatively small with a 13.3-inch display, everything about the machine looks to be higher-end, including the use of a fifth-generation Intel Core processor and above a Full HD resolution.

It doesn’t seem HP has made any official announcements about the laptop yet, but some details have been gleaned from different sources — including mentions on HP’s own site — and according to it all the laptop will feature a 13.3-inch display with a 2560 x 1440 resolution, an Intel Broadwell processor, and that special flexible hinge that makes the system a convertible. 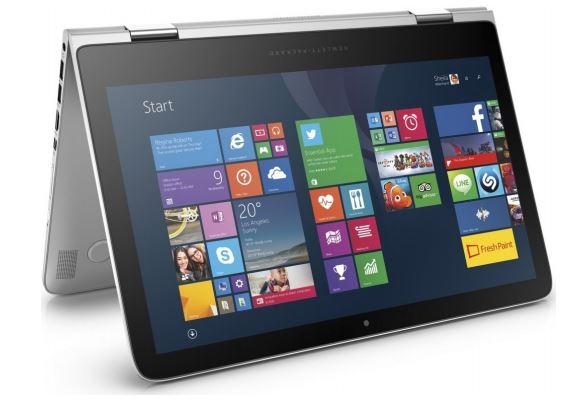 According to the leaks, the convertible machine will feature a backlit keyboard, 10 hours of run time on a charge, and a weight of 3.3lbs. There’s 8GB of RAM, and both 256GB and 512GB SSD storage options. Bluetooth 4.0, Miracast, 802.11 a/b/g/n Wi-Fi, and WiDi are also said to be included.

Rounding it all out is an HDMI port, a trio of USB 3.0 ports, a mini DisplayPort, and an SD card slot. The machine will be available in both Europe and the US by the looks of it, though European pricing has leaked (1299 Euros) and indicates those in the US should expect a hefty price tag.