HP has unveiled one of the thinnest ultrabook in its line called the Spectre 13. The ultrabook has a lot of the latest Intel technology inside combined with a very thin profile and an attractive industrial design. The ultrabook is about 15 mm thick, making about the thickness of a typical ink pen.

The machine weighs 3.25 pounds and features a 13.3-inch Vivid HD display using IPS technology and supporting touch. The screen has 221 ppi and a native resolution of 2560 x 1440. The machine can be fitted with up to a 15W Intel Haswell Core i7 processor.

The processor can be paired with up to 8 GB of RAM and a 128 GB SSD. Storage can be upgraded to a 256 GB SSD. The machine is also fitted with Beats Audio technology and NFC tech. The ultrabook also has the new HP Control Zone, which is a textured area on both sides of the wide touch surface designed specifically for navigating on Windows 8.1. 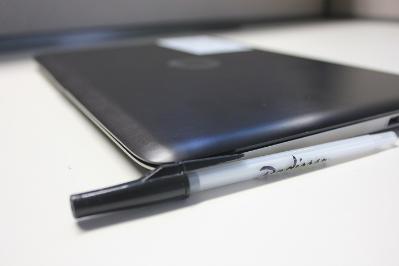