CES 2021 might be over, but that isn’t stopping companies like HP from revealing new products. Today, HP announced a collection of new Chromebooks meant primarily for education, whether those Chromebooks are for teachers or students. Given that there’s seemingly no end to the pandemic in sight, these Chromebooks are being positioned as machines that are good for blended or remote learning.

The star of today’s announcements certainly seems to be the HP Chromebook 14 G7, which comes equipped with a 14-inch display and an “ultra-wide HD webcam,” that we’re assuming is a 720p camera given that HP didn’t say otherwise. The Chromebook 14 G7 is targeted primarily at teachers who are holding classes remotely during the pandemic, as it’s outfitted with “multiple HDMI and USB-C” ports that allow teachers to hook up additional displays.

For students, we saw HP announce far more Chromebooks today. The most notable student-focused Chromebook announced today is the HP Chromebook x360 11 G4 EE, which is quite the mouthful. This one uses Intel Celeron processors and has an 11-inch screen, but also has the 360-hinge we see in 2-in-1 laptops. The Chromebook also supports the USI Garaged Pen as an optional accessory, has a damage-resistant touchscreen, and features a design that can resist “minor drops and spills.” 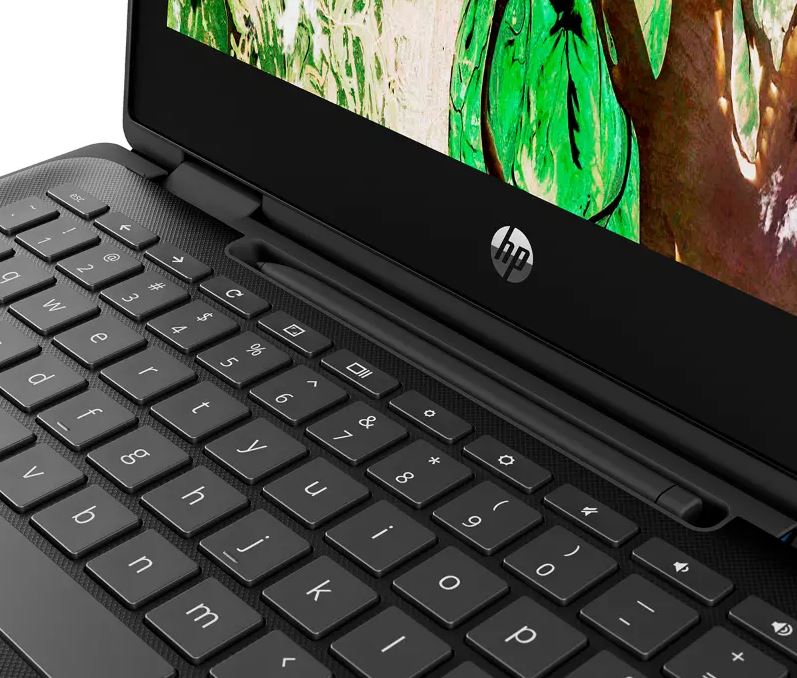 HP also announced the Chromebook 11 G9 EE and the Chromebook 11MK G9 EE today, with 11 G9 using an Intel processor and the 11MK G9 using a MediaTek MT8183. There are some similarities between the two – such as an 11-inch display and the same resistance to minor drops and spills we saw in the 11 G4 – but there also some differences as well. For instance, the 11 G9 has the option for an HD IPS anti-glare touchscreen, while the 11MK G9 once again has that 360-degree hinge and four usage modes.

Finally, we have the Chromebook x360 11MK G3 EE, which is a little more of a mystery than its counterparts because HP hasn’t gone into much detail about it. We do know that this Chromebook will offer a 360-degree hinge (just as the name suggests) and that it’ll use a MediaTek CPU, but beyond that, we’re being left in the dark for now.

In fact, detailed specifications and pricing details weren’t available for any of these Chromebooks today, so we’ll be waiting on HP for that information. We do have some idea of when these Chromebooks will launch, with the x360 11MK G3 EE and the 11MK G9 EE launching later this month, the 11 G9 EE and the 14 G7 arriving in February, and the x360 11 G4 EE releasing in March.