HP Pavilion Mini and Stream Mini: Windows in the palm of your hand

HP has set its sights on both tiny Chromeboxes and cheap Windows devices with its new pair of budget-friendly and small-form-factor Windows PCs. Both the HP Pavilion Mini and the HP Stream Mini Desktops are small enough to fit in the palm of your hand, being similar in style and size to, for example, a set-top-box or a Chrome box. Despite the small size, both run Windows 8.1, giving users an option to get their Windows fix without planting a big desktop or shelling out for an expensive laptop. 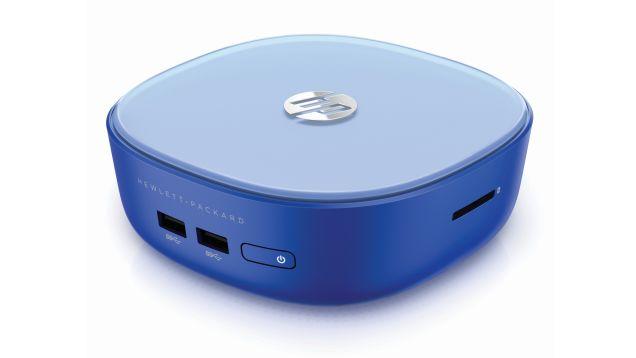 Connectivity is compatible with modern displays, and includes both DisplayPort and HDMI, and includes support for connecting to multiple displays. There’s integrated Bluetooth and WiFi, and given its small size, the desktop uses relatively little power at 45watts.

The HP Stream Mini Desktop, meanwhile, is part of the maker’s new Stream products lineup, and features a 32GB SSD alongside 200GB of Microsoft OneDrive Storage (good for two years), as well as a $25 gift card for the Windows Store. This targets the machine at those who primarily use their device for Web-centric activities, and who have little need for large internal storage capacity.