HP Pavilion AIO is for everything except making art

Say what you want about Microsoft’s past hardware flops, but there’s no denying it has become somewhat of a trendsetter in some areas. The Surface Pro tablets, the HoloLens headset, and, lately, the Surface Studio. The latter, however, might take a bit of time before it sinks into OEMs mindsets, not to mention budgets. That is why it’s a bit disappointing that HP’s newest Pavilion All-in-One hasn’t made that jump yet. Powerful and gorgeous, it’s just a pen and a few angles away from becoming a Surface Studio rival.

You might think of the Dell Canvas as that Microsoft rival, but that’s like comparing a Wacom Cintiq to a Microsoft Surface Pro or Wacom Studio Pro. The Canvas is simply just a pen display that mirrors, or extends, your computer’s own display (or be its primary display). The HP Pavilion AIO is more like the Surface Pro in that, like any other all-in-one, it contains all the hardware inside. Or rather, in a small box behind its super thin frame.

And it’s pretty powerful hardware to boot, which makes up for the fact that you do have a rather thick box. There’s a 7th gen Intel Core i processor that can be optionally paired with an AMD Radeon 530 graphics card. It supports up to 16 GB of RAM and up to 2 TB of storage. And like any decent desktop, it has a variety of connectivity options, include one USB-C, two USB 3.0, two USB 2.0, and HDMI ports for when one huge display isn’t enough. 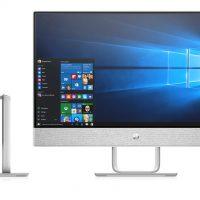 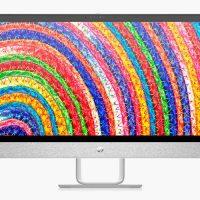 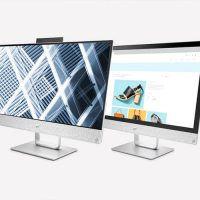 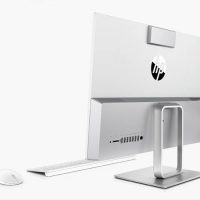 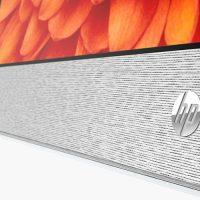 More than just the specs, this HP Pavilion’s selling point is in the department of audio and video. The latter is thanks to its 24 or 27 inch Full HD screen while audio is delivered by B&O Play speakers at the bottom of the screen. While HP is billing this AIO as a computer for both work and play, it sadly misses out on this new creative trend.

The monitor itself tilts but only to a maximum of 35 degrees. There is touch capability, but no pen input, which is probably OK given the tilt limitation. While you can definitely use something like a Wacom Intuos drawing tablet like some digital artists, but it’s still a missed opportunity in this growing age of “direct to screen” interaction. It does, however, help keep prices low. The HP Pavilion All-in-One will reportedly sell for a starting price of $750 when it comes, which HP hasn’t yet disclosed.

Topics All in oneComputingHP
Must Read Bits & Bytes