With the recent boom in the popularity of Netbooks, providing customers with the most cost effective way to get on the Internet without adding all of the extra software is what a lot of consumers are looking for. Most of us have a desktop PC that we do most of our work and browsing on, the cost of purchasing a laptop to surf the web while on the go can be a bit to much in these trying times. Hp took this into consideration when creating the successor the Mini-Note 2133, the HP Mini 1000. HP has taken the slick design and brilliant construction of the Mini-Note 2133 and made it surprisingly affordable.

Starting at $399 you can pick up the Internet ready HP Mini 1000 without breaking the bank. If your looking to spend a little more you can get a very worthy upgrade from an 8.9” screen to 10.2” for $50. You can also add Bluetooth and an HP Mini VGA webcam. When purchasing this notebook you can choose from and 8GB Solid State Drive, 16GB Solid State Drive or 60GB 4200RPM PATA Hard Drive.  Available storage space is where the Mini 1000 falls behind the Mini-Note 2133 and its available 4GB, 120GB and 160GB hard drives. All models come with 1GB of ram and an Intel Graphics Media Accelerator 950 with 1.60GHz Intel Atom Processor N270. When you order online you also have the option to purchase an HP Mini Mobile drive in 2GB, 4GB or 8GB sizes.

On the left side of the HP Mini 1000 you will come across a DC power supply port, 2.0 USB, a small fan exhaust port, proprietary dongle port if you want to shoot out video to VGA, shared 3.5mm headphone /microphone jack and under a rubber cover you will find a 10/100 Ethernet jack for wired connection. HP has included a rubber cork to cover the Ethernet port because the HP Mini is meant to be more portable with the use of Wi-Fi. The single fan port does allow the notebook to get rather hot just under the track pad, there should be more ports for ventilation.  Along the right side you will find a microSD card reader and a second 2.0 USB port.

The front of the device is where you will find the power switch and Wi-Fi toggle with status LED lights, showing power and Wi-Fi connection status. The Mini 1000 runs Windows XP Home with Service Pack 3 rather than Windows Vista, which we have been seeing in the majority of newer computers. Inside just above the screen is a HP Mini Webcam for video chat. 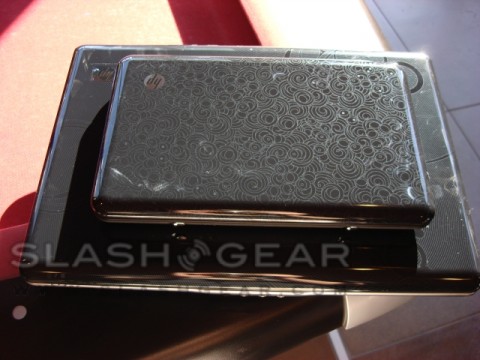 The HP Mini 1000 appears to be a lot larger in pictures, being only 10.3 x 6.5 x 0.9 and weighing in at just 2.25 LB, you really can take this just about anywhere. This model makes a lot better use of the screen space, whereas the Mini-Note 2133 looks very plain with the speakers located next to the screen. The overall rounded shape of the Mini 1000 makes it feel even smaller than it really is. The materials used to construct this notebook are of the highest quality, giving it a very solid luxurious feel from the outside casing, to the feel of the touch pad.

With this mini notebook being a bit wider than most netbooks on the market, HP made very good use of the space by putting in an almost full size keyboard (92%) leaving no extra room on the side and a wide touch pad. The keys are all in the same places that you would normally find them on a regular keyboard, from the function keys on the top, to the longer shift keys on either side. The keyboard and touch pad take a little getting use to, but are really easy to use in time.

When pressed, the buttons have a very nice feel to them, instead of just depressing like a standard keyboard, they have a little pop to them when pressed half way signaling the user that the key had been pressed. One thing we feel could have been improved upon are the keys. HP would be better off rounding the edges of the keys, making it easier to distinguish between them. Users who can’t get use to the keyboard can always plug in a larger one via USB, but this method would take away from the overall portability.

As to be expected with such a small notebook, there is not much room for the touch pad, the only issue we saw here was the position in which it was placed. Being offset to the left a little bit made our hands rest upon the left button.  Other than that the touch pad is very smooth making navigating easy no matter what you are use to. The glossy screen adds to the overall look of the Mini 1000, but does add a glair to the display. It looks like HP has continued to follow the overall look of their laptops by adding the silver swirl design to the piano black finish. 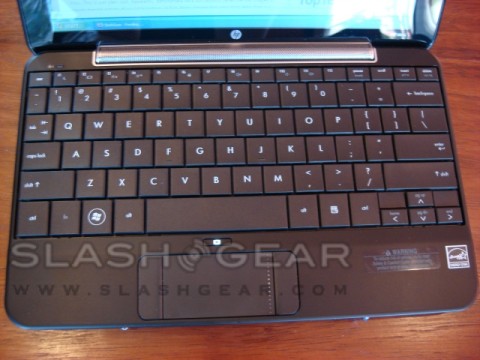 One thing we found particularly interesting was the functionality of the built-in HP Mini Webcam. This may be because we have a pre-production model that still has a few bugs. No matter how much light you have, the webcam is always extremely dark. We tested the webcam in normal indoor conditions, but the image still comes out dark with very little resolution. The only time we were able to get the HP Mini Webcam to work was when we were sitting in direct sunlight. During a conference call we brought up this lighting issue and we were assured that it has been addressed and fixed in for the release of the HP Mini 1000.  Also the software included for the Webcam had a windows standard interface with two options, Take a new picture and Delete all pictures on Camera.

The HP Mini 1000 takes 54 seconds to boot up with a cold start, 14 seconds from standby mode. It appears that HP has done everything they can to keep this device very clean and straightforward, you won’t find the 3rd party trials or usual cluttered HP bloat software. The only HP software that can be found on this notebook is the HP Webcam program. Other software that comes installed on the HP Mini includes, Internet Explorer, Adobe Reader 8, Microsoft Office PowerPoint Viewer 2007 and Microsoft Works.

Although it is not intended for any heavy-duty work such as video editing, the Intel Atom N270 Processor makes this notebook run really smoothly. When we took this beautiful netbook out to do what it was intended to do, web browsing over Wi-Fi, we managed to squeeze out the estimated 2.5 to 2.75 hours out of the 3-cell Lithium-polymer battery. Given the overall size of the battery we feel this was pretty decent, not the best, but we have seen much worse. There is enough charge for browsing here and there, but when it comes down to it the HP Mini does not compare to the battery life of others such as the Asus Eee PC 1000HA.

HP will be releasing three visions of the Mini 1000, the original HP Mini 1000, soon to be released Vivienne Tam Edition, and the HP Mini 1000 with Mobile Internet Experience software. The Vivienne Tam Edition is one of the most beautiful notebooks we have ever seen, with the Chinese phony. This slick model done come at a price however, you can pick one up soon starting at $699.99. The Mobile Internet Experience Edition is wonderfully laid out with tabs to all of your favorite content. This HP software interface places a “homepage” on top of windows with separate panes for easy navigation to such features as music, email, pictures and your web browser. In December customers will also have the option of getting an integrated 3G wireless card for even more Internet access options.

The HP Mini 1000 delivers the Internet and basic computing tools in a very affordable price for those who need a desktop companion to take with you on the go. Priced very competitively with other netbooks on the market, the HP Mini is sure to make some waves this holiday season. Features like Bluetooth V2.1 and an integrated webcam make this device stand out among others on the market. Starting at $399 you will be getting a fully Internet capable mini computer to take with you anywhere, that is both functional and very durable. 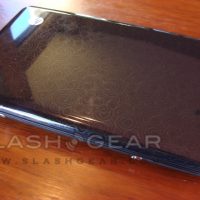 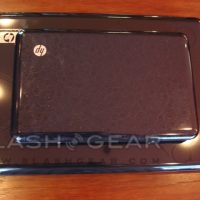 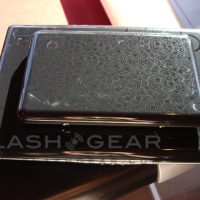 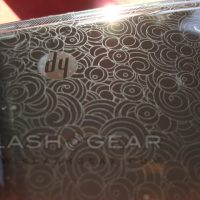 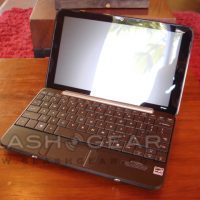 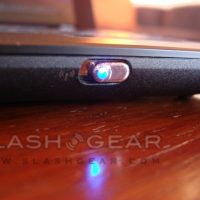 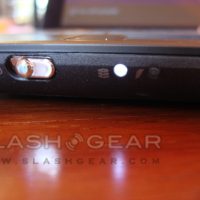 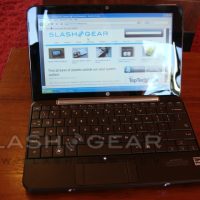 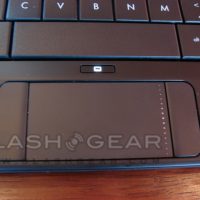 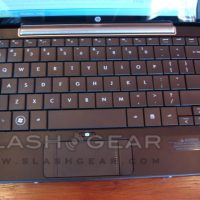 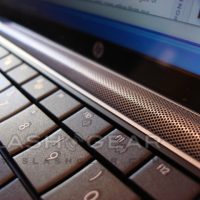 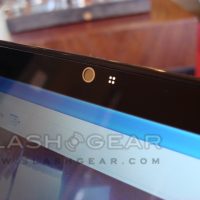 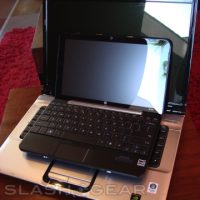 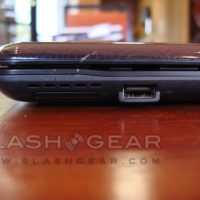 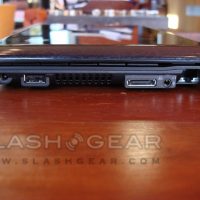 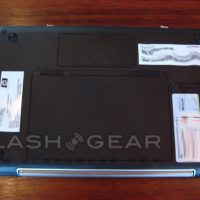 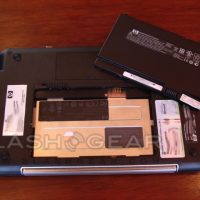 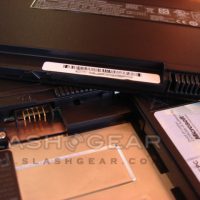 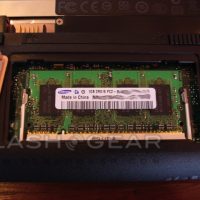 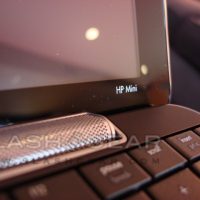