How to make a transparent or clear Galaxy S8 [DIY]

Today we’re going to discuss how a person could create a clear-backed Samsung Galaxy S8. Creating one’s own Samsung Galaxy S8 Clear Edition – unofficial name, of course – means a lot of risk. Taking that sort of risk is something generally only a person who profits from extreme risks with high priced hardware can take. As it were, there is a person just such as this available and willing to destroy hundreds of dollars worth of smartphone.

The video below is made by JerryRigEverything, a video publisher generally known for his willingness to put smartphones through torture tests. In this video, Jerry goes to a store, buys some extremely hazardous paint remover, and goes about taking the Galaxy S8 apart. Once the backside of the Galaxy S8 is off, Jerry removes all the color, piece by piece, bit by bit. 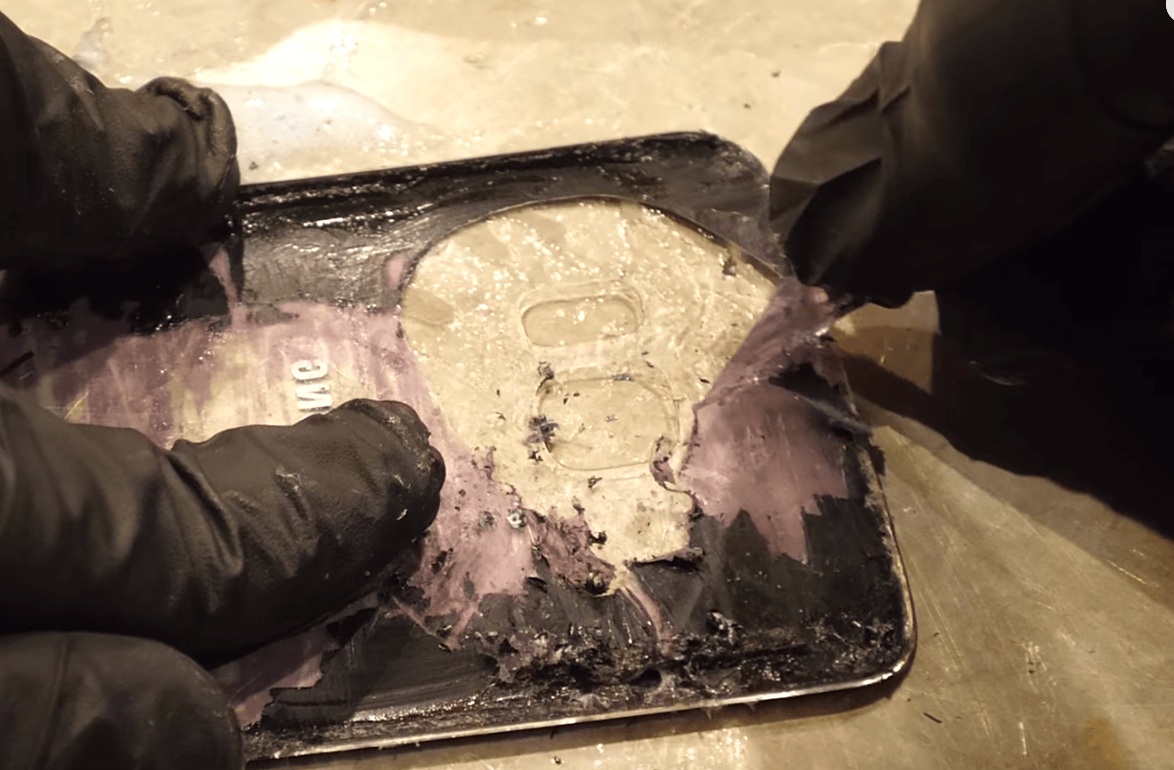 In addition to removing the color from the inside of the back glass panel of the Samsung Galaxy S8, Jerry decides to remove some additional pieces from the phone. At this point it should be clear – or should have been clear from the start – that any person choosing to do this to their phone does so at their own risk. Removing any parts from the inside of a smartphone negates any warrantee the device has, and usually ends up in disaster.

Users that are familiar with taking smartphones apart are already painfully aware of the ease with which many of the parts are ripped, bent, or broken. Losing a single screw could be a disaster in and of itself. For anyone that finds this idea reasonable, the process is fairly straightforward.

Once heat is applied, the backside of the phone can be pried open with a special plastic tool. Using metal will break the glass – or almost certainly will break the glass. Jerry uses metal, which I personally find entirely crazy. Do so at your own risk – as with everything else here.

Once the back is removed, the user will realize that they need to use glue to place it back on, and they’re going to have to rely on whatever glue they have to make it happen. Or you can buy special tape for this purpose. Zeroyoyo 50m Super Sticky Double-sided Clear Adhesive Tape is a good one.

Once the backside is out and the color is removed, Jerry removes several other parts from the phone to make it all look… more torn apart. No more wireless charging, no more extra protection for other elements. Don’t complain when extended exposure to sunlight ends up frying the bits that are now out in the open. It might happen – and it’s a good experiment to run – but we’ll leave that to you!