How Surface is accelerating NASCAR into the cloud

NASCAR and high technology might not be the first bedfellows you think of – the sport has the reputation of being little more than big engines and circular tracks, after all – but the racing series has turned to the cloud and Microsoft specifically to not only bring its legacy systems into the 21st century, but do a better job of engaging fans and spotting rule-breakers.

Over the past eighteen months or so, a team of about a dozen people have been busy consolidating NASCAR‘s legacy systems into a single interface, using a mixture of Surface tablets, a universal Windows 10 app, and the Surface Hub. 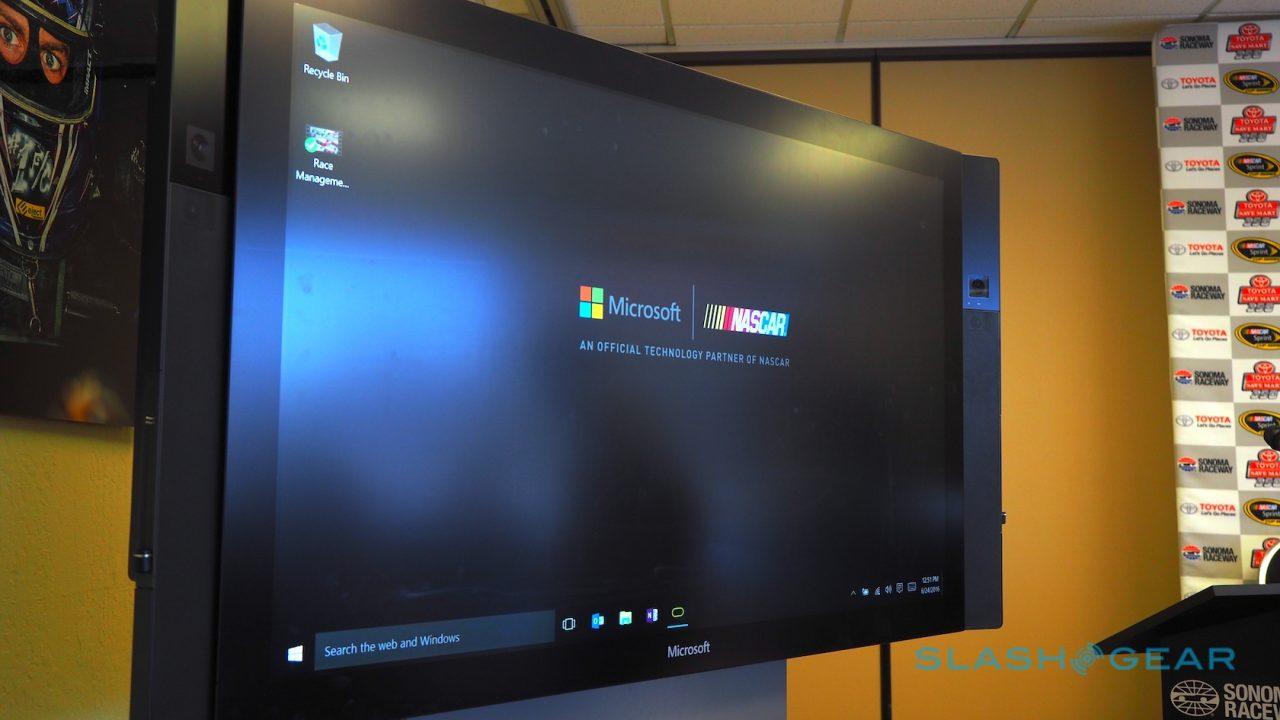 “Sports allows us to solve really complicated problems – that are interesting to solve – but sports in general have huge volumes of data,” Mike Downey, principal evangelist for sports at Microsoft, says. “NASCAR’s moving something the size of the Super Bowl to a different city every week – that’s interesting.”

It’s also a good real-world test of Azure‘s Hybrid Cloud, which pairs both a local data center with the cloud. In NASCAR’s case, that data center is a mobile one – just another truck among the many trailers that encircle the track – but it means that, even in remote locations when the connection can’t necessarily be relied upon, the system keeps running. 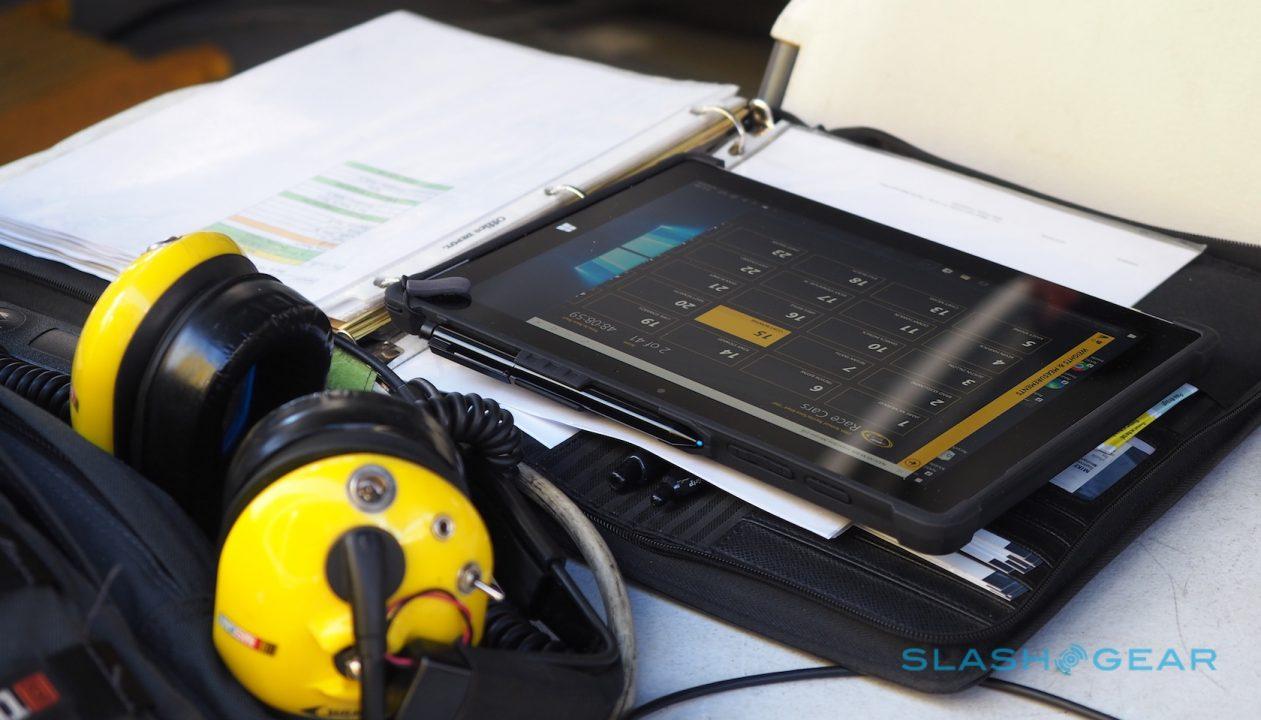 Should the link to the cloud go down, the local systems keep everything running until it can be re-established and synchronized again. When you consider that it’s only in the past year or so that NASCAR has upgraded the tracks it uses around the US with fiber optics, and that in some locations all the teams are sharing a single gigabit connection, that sort of backup is essential.

Right now, the Race Management app pulls together what previously would have required the attention of around 10-15 people. It builds on work Microsoft did with NASCAR on the pre-race testing, during which each team brings their cars through to ensure they meet the various rules and standards. 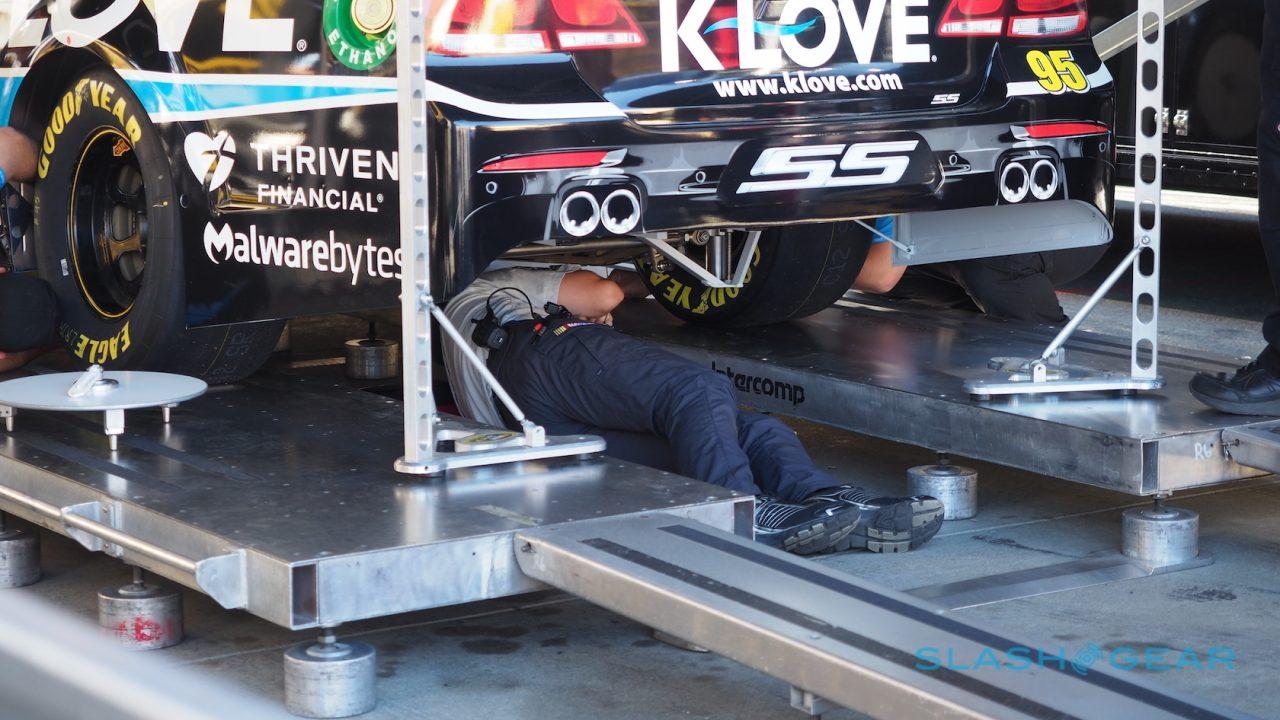 Previously, NASCAR’s officials relied on a paper-based records system and a decidedly low-tech way of filing it: effectively dumping the filled-in forms in a box once the process was complete and the race began.

Not only was it time-consuming – up to six hours, in fact – it was impractical and prone to errors. The new, Surface-based system moves that all over to the tablet, recording the results of more than a dozen different tests and allowing teams to digitally sign off on any infractions spotted. It’s also cut the time the testing process takes in half. 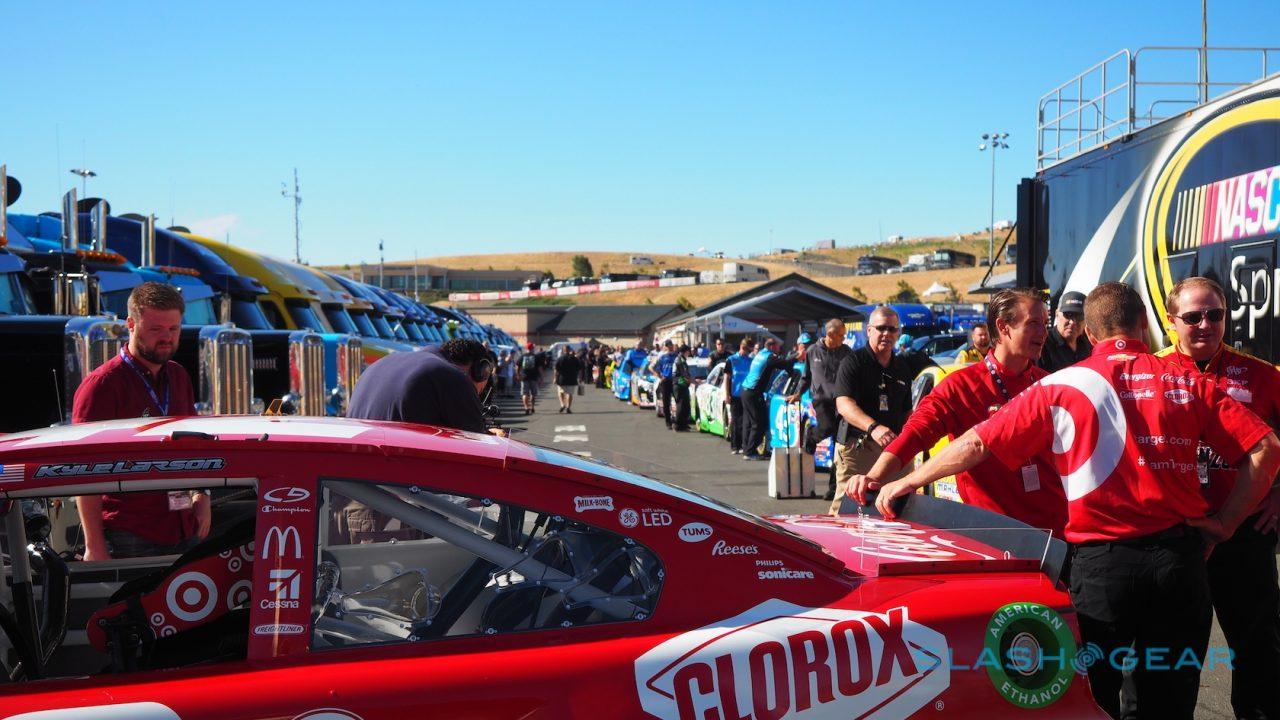 The success of that prompted the scope of the Race Management app. From a single screen, you can now see an overview of all the cars on the track, complete with time-linked video. Tapping on an individual car brings up its speed, its average and fastest lap speeds, and details on what pit stops it has made; you can filter the view to only see certain cars.

“This is taking six different apps and processes, historically,” Downey explained, “and consolidating it into one screen that gives officials a more concise, up to the minute view of what’s going on in the race.” 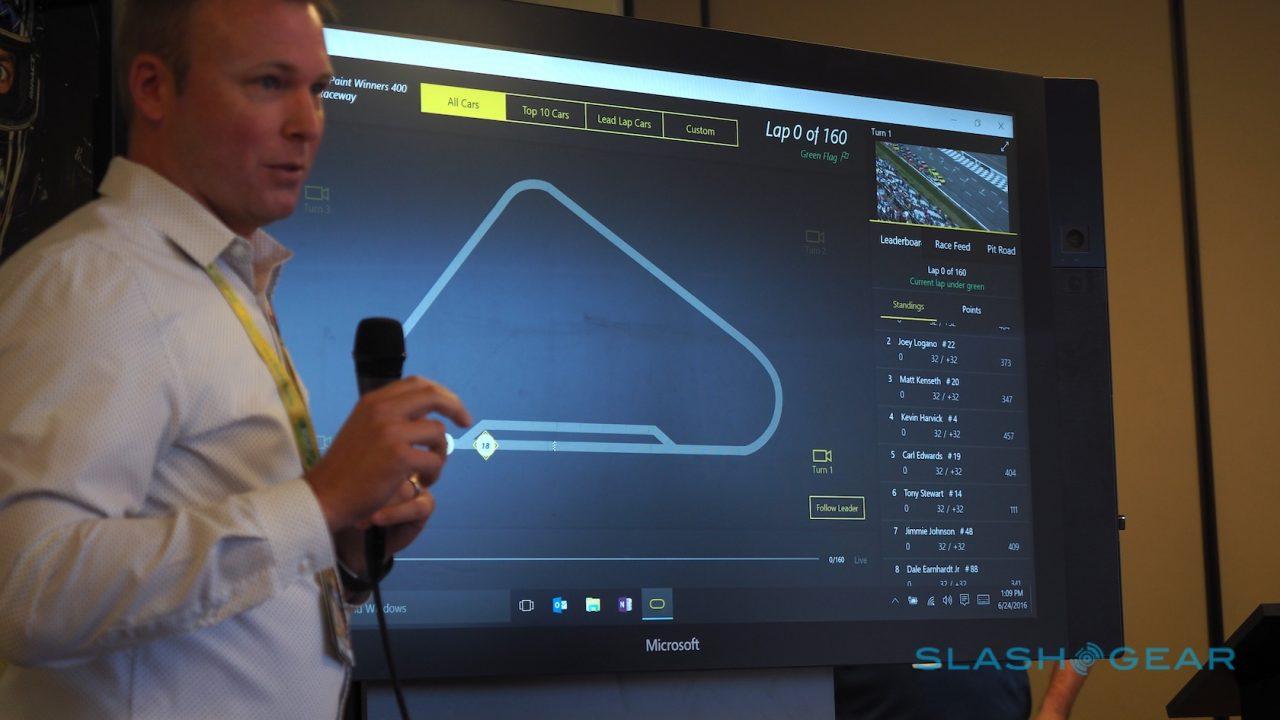 It’s also designed to help NASCAR officials spot potential rule-breaking and share details of that with greater speed and accuracy. Each car is fitted with a transponder, so that its position on the track can be pinpointed.

“Equally important, it’s how we can be more efficient from an organizational perspective,” Steve O’Donnell, chief racing development officer at NASCAR, said of the new system. “That allows us to not only be more efficient, have everything in one place, but also be more transparent.”

One example is pit box violations. If a car goes through too many boxes in the pit lane, or if too many people from the team are over the wall, the computer vision system can spot that and highlight it to officials for review. 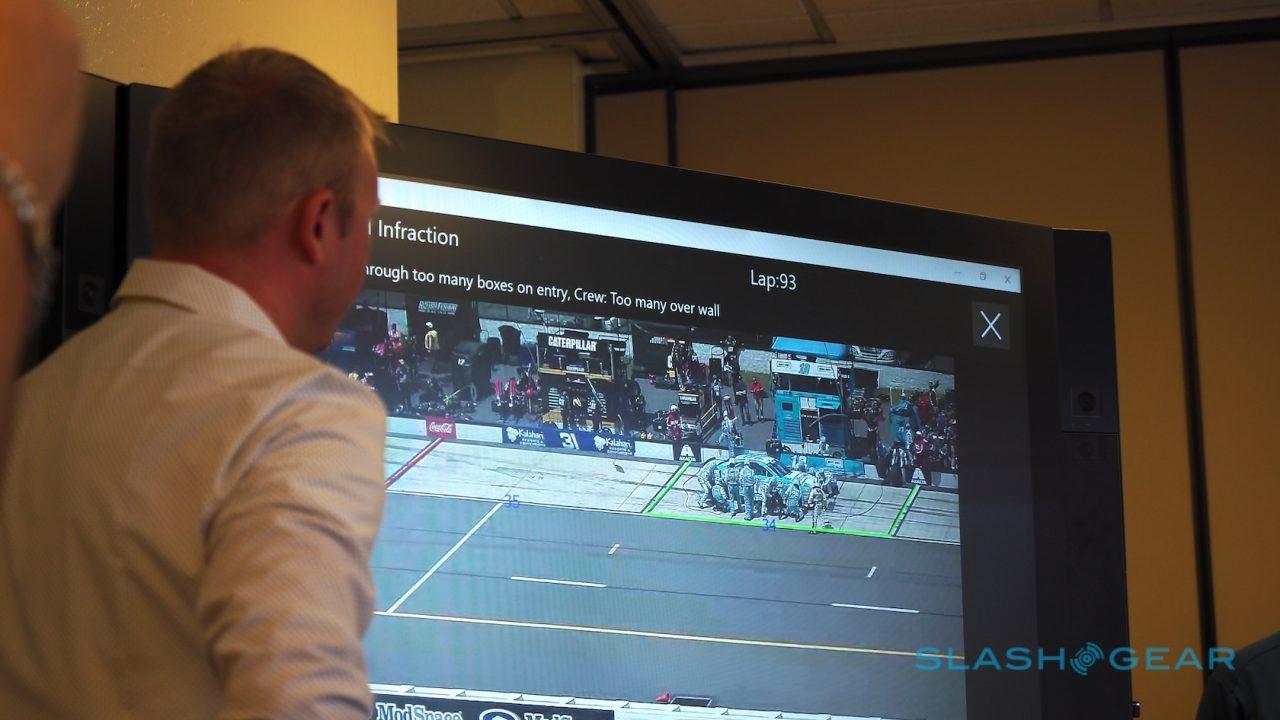 In fact, it’s technically possible that the system could keep track on infractions itself, though right now it acts more as a notifications system for the human NASCAR team.

“That’s technically possible,” Downey explains, “we have certainly looked at doing that, the capability is technically there. Stuff like that you have to make sure it’s always accurate, delivered at the right time, that it’s fair.”

Instead, there’s the facility in the Race Management app to share a portion of the data with the various teams, whether that be a list of car stats or a clip showing just why they were hit with a penalty. 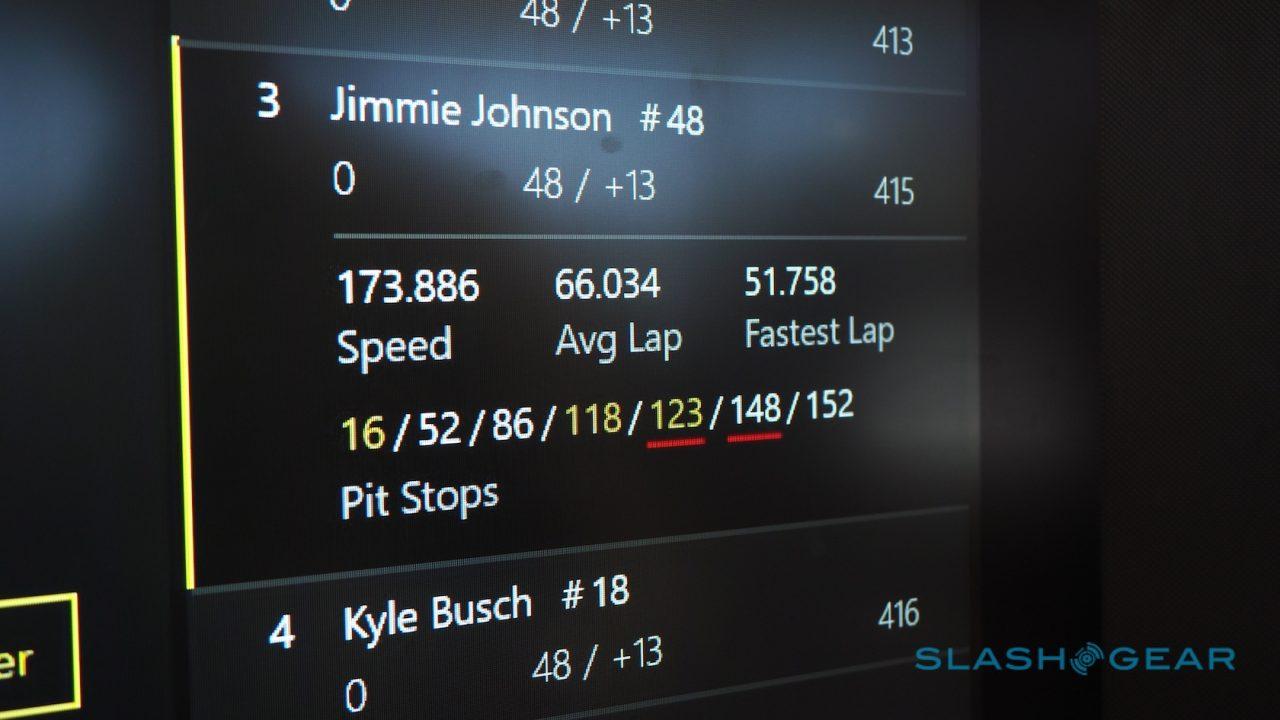 The useful thing about “big data”, of course, is that you can throw it all together and pull out specific insights that might not be so visible when you’re dealing with reams of paper and several different, independent displays.

“As we go forward we want to help NASCAR make better use of that information” Downey says, “to better understand how the rules packages affect racing, things like that.” 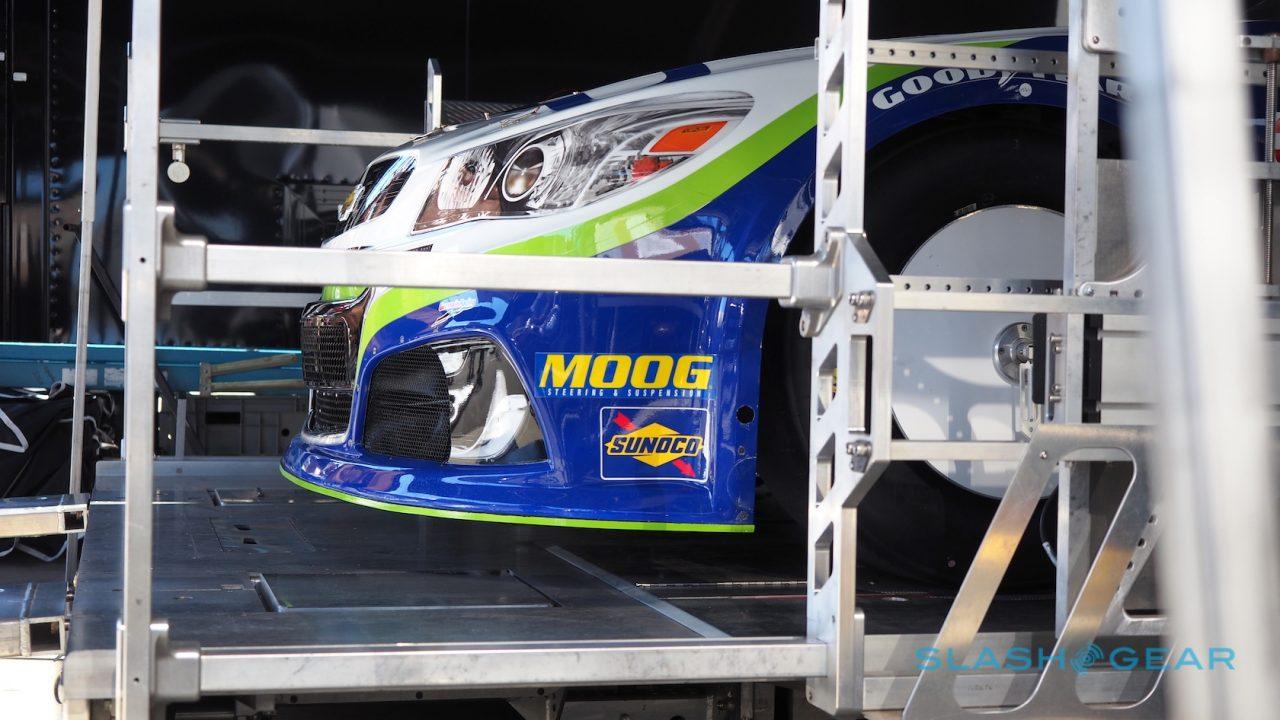 That means tracking historical testing and race data and looking for ongoing trends, but also exploring how Microsoft’s other products could streamline race day. One possibility being explored is using Kinect and similar camera-based technology to augment or even replace the complex laser measurement platforms for alignment along with the bulky “claw” body shell compliance test.

Computer vision, meanwhile, is in the pipeline to check compliance with team paint schemes, as well as the decals which relate to different competitions and sponsorships. Rather than the NASCAR officials having to spot infractions by eye, they’ll be able to hold up a Surface tablet and use the built-in camera to highlight possible differences between what the team has filed officially and what’s actually on each car.

Machine learning could be used “to predict what really makes for a more interesting race,” Downey suggests, as well as improving safety by highlighting possible repeat issues that human officials could miss. 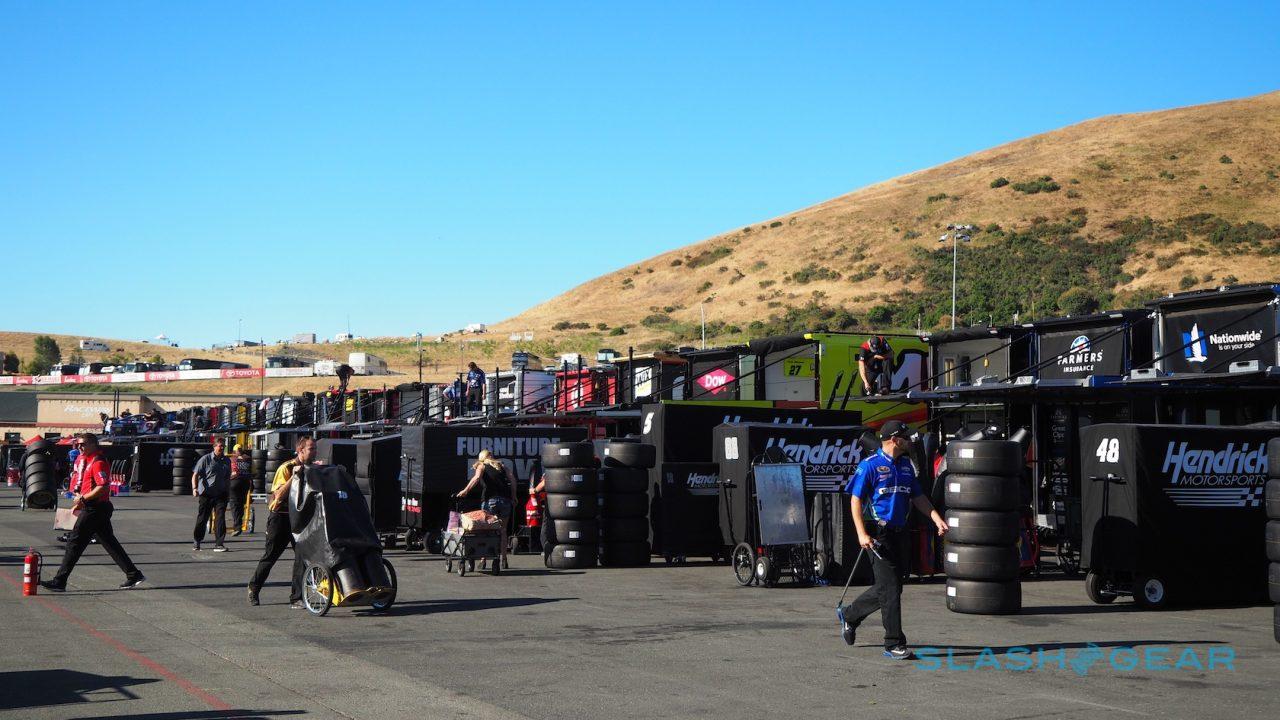 Down the line, the goal is to feed more of the data NASCAR and Microsoft are connecting to the fans. One “Year Three” idea is linking with FanVision, the live race broadcast fed to dedicated handheld displays at the track and, this season, an adapter for phones and tablets.

The challenge, both companies are aware, is balancing the amount of information being collected with just how much fans can enjoy, rather than overwhelming with too much raw data.

“When you look at statistics, and analytics, and telemetry, you can be throwing a lot of information at the viewer and not creating a better product,” Downey says. The question is “how can you show the right stats at the right moment?” 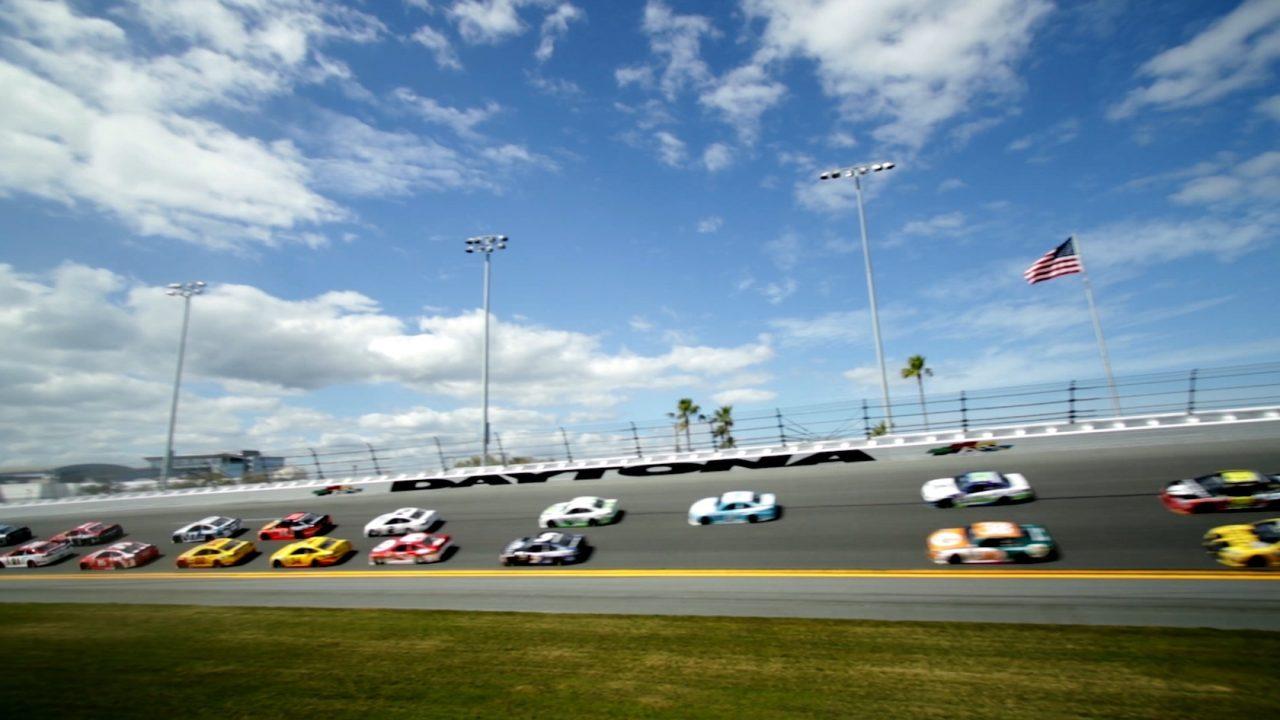 “It could be how fast someone in the middle of the pack took a certain turn,” for instance, or addressing that “one driver is driving better today than he ever has – why is he doing that?”

That’s all down the line for the system, mind. For now, while NASCAR will be running the Race Management app at the Sonoma Raceway for this weekend’s event, it’ll coexist to the existing tools the officials are familiar with. Make no mistake, though: the cars may be going around in circles, but the technology is definitely headed in the right direction. 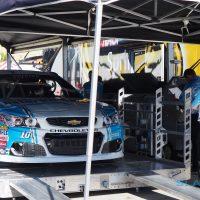 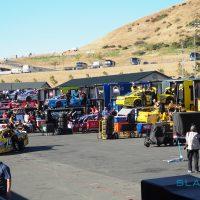 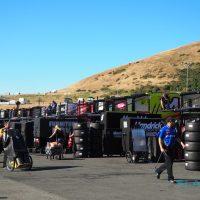 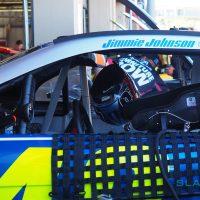 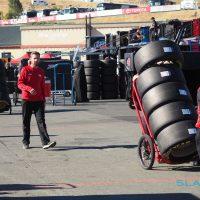 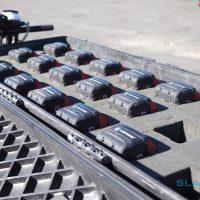 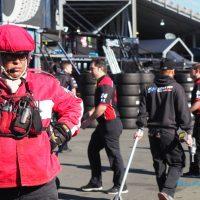 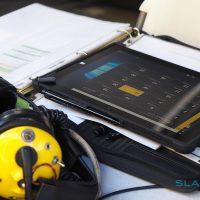 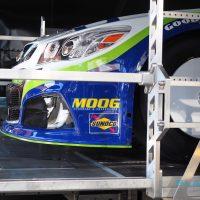 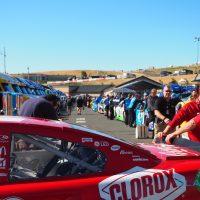 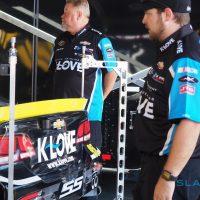 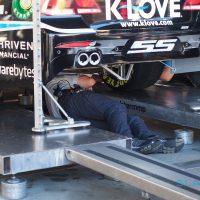 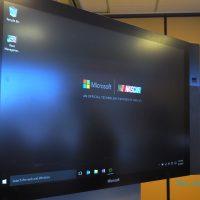 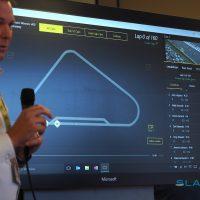 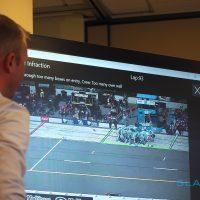 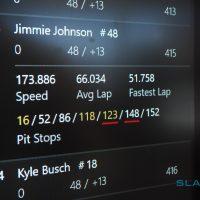 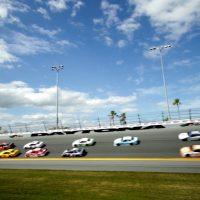 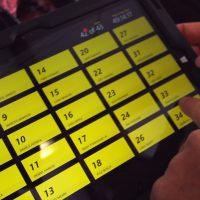