Google’s Inbox is a neat new way to use email, that much is clear. From the layout to the use-cases for taking advantage of all the bells and whistles, Inbox is a great way to re-experience email. Though it has a lot going for it, some of what’s there might be lost on you the first time you pick it up. Here, we’ll show you the ways Inbox is better than average email, and at least one way it fails miserably.

When you’re in Inbox, there’s a red “+” at the bottom right, hovering there almost constantly. That’s going to be your go-to hub for Inbox actions. Reminders can be set here.

The thing that’s neat about setting a reminder is that your Inbox will scrape emails for info. Because you’re lazy, and you won’t look for that info later on. So it goes.

If you were to enter a reminder for “pick up that UPS package from the UPS store”, Inbox would immediately start looking for UPS tracking info, then stick that into your reminder. That way, if you have trouble at the UPS store, you can just feed them the tracking info and get the answers you need. 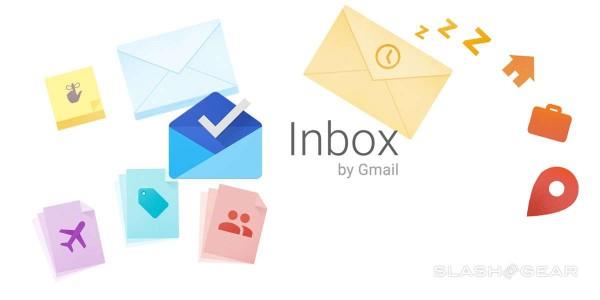 Two ways Inbox is just plain faster than email: Speed messaging and “pinning”. If you routinely message the same person or people, the red “+” we talked about before will bring up your frequently contacted folks, a list that changes over time. You tap the plus, tap the person’s profile, and away you go!

Pinning lets you keep important messages in one place for use later on. Did someone send you an “urgent” message about something silly? Pin it, and get back to them when you can, but in a time that still makes them feel important. Pinning is a great way to stay on top of email, and respond to people quickly, but also at your own pace.

Searching within email isn’t new, but Inbox has a cool new way to find stuff you want. Type in something like “Nate’s phone number”, and my number might pop up (if we chat via email, that is). Search for — and get —exactly what you need.

Flying to Los Angeles, then Vegas a few days later? Are you going to be there a few days before catching the 3:10 to Yuma? That might mean a lot of emails about several different flights and train reservations. Luckily, Inbox has what’s called “Bundles”. Think of them like your tags in Gmail, just better.

Inbox scours your email for info that it can stick into Bundles, which you can access later on. If you don’t want to see emails from bundles all the time, you can set those emails to only show up when you want them to. If you set your “travel” bundle to only show messages once a week, it will. The rest of the time, the messages and bundle are available via the menu. 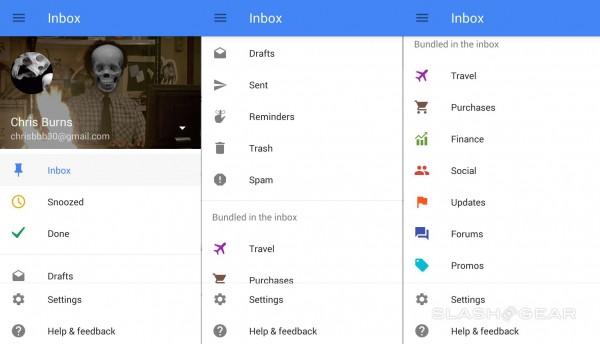 Someone send you a link, or an attachment. It’s not hard to click a link or attachment, but it’s another step you don’t need! Inbox pre-loads your info for you in some cases, leaving you opening emails and seeing what’s necessary. It’s another way Inbox just might be faster than your regular email app.

Two things we dislike about Inbox straight away: the look, and the limitations. Inbox has a ton of great things going for it, but it’s only for consumer Gmail accounts. If you have a Google Apps account, or a different account you want to use, it’s not going to work for you.

The aesthetics of Inbox borrow heavily (read: directly) from Google+. It’s as if Google+ decided it was email, and re-branded itself as such. The “+” at the bottom, the slide-out menu with your Google+ profile header — it’s all very Google+. If you think the Google+ app on your phone is ugly, you won’t like Inbox.

Oddly enough, the whole Google+-is-now-email things works better for email than it does social. If you were on the “social will kill email” bandwagon (I was), Inbox’s Google+-ness either proves or destroys that theory. We’re not sure yet.

Inbox also forces you into Chrome. If you’re on iOS, that might now suit you. If you prefer something like Firefox, again, that might not suit you. We’ll hold off heavy criticism for now (Google says more browsers are coming), but we’re not fans of Inbox being so Google-centric when it comes to browsers. 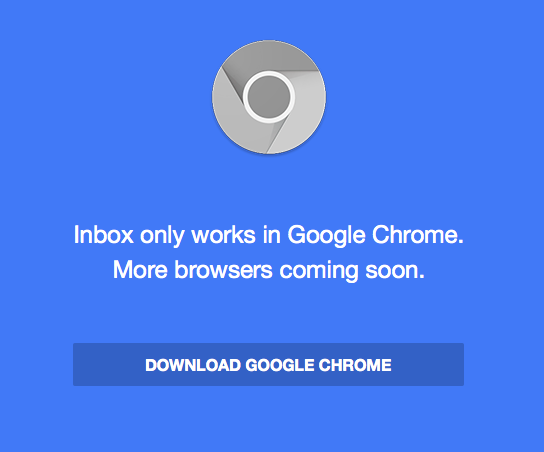 Is it for you?

Inbox pinches things from all kinds of Google services. It’s email, but also like Keep, and definitely reminds us of Now, too. The issue there is that your Inbox reminders don’t sync to Keep, and you’ll likely see duplicate info for Now and Inbox reminders/Bundles in some instances.

Sourcing your email for info to add into reminders is a really handy feature, too. Again, you’re just not going to take the time to do that, especially in an app.

If email is just a way for you to casually communicate, or get coupons sent to you, Inbox isn’t going to excite you.