Honor has revealed its Honor 50 smartphones and, more importantly, that Google’s apps and services will be supported on the new handsets. The announcement today – which confirmed availability and pricing for the Honor 50 and Honor 50 Pro in China – came with the news that the former Huawei subsidiary has achieved its big goal in spinning out.

Honor began as Huawei’s focused brand on younger users, borrowing technology from its corporate parent but packaging it into a more affordable line-up. However when Huawei was placed on the US government’s entity list, blocking it from doing business with American firms, it left Honor also out of the loop for accessing Google apps and services.

That’s proved to be disastrous for Huawei, with its smartphone sales slumping dramatically. Honor, meanwhile, was spun out into its own, standalone business late last year. That allowed it to begin inking the deals with companies that Huawei simply wasn’t allowed to.

The fruits of that freedom will be the Honor 50 series, the company confirmed today. “Honor devices will undergo Google’s Play Protect certified security review and compatibility testing process to ensure they are ready to run apps from Google and the Google Play Store,” the company told SlashGear in a statement. “Honor devices will therefore have the option to have Google Mobile Services (“GMS”) preinstalled on compatible devices, in accordance with Google’s licensing and governance models. Consumers will be able to experience HONOR smartphones and tablets equipped with GMS.”

It’ll include both smartphones and tablets from Honor, beyond just the new Honor 50. “Going forward all the phones that we will launch in global markets will have GMS,” a spokesperson told us. 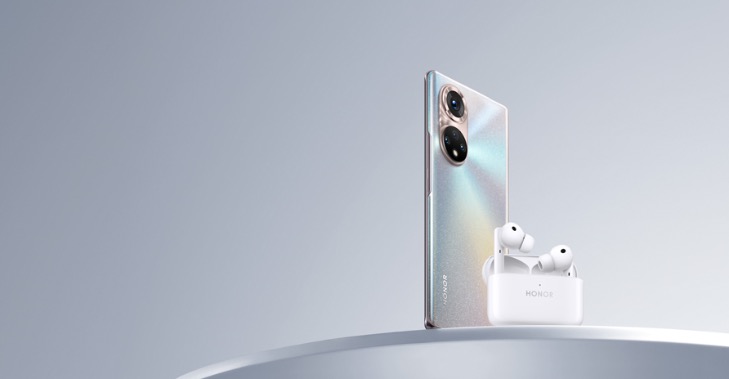 It’s a big deal for Honor, and its ambitions to be a player in global markets. Without the Google deal it’s been unable to include apps like Gmail, Google Maps, and YouTube on its phones. Equally important, it hasn’t been able to load the Google Play Store either, meaning buyers of Honor devices have been cut off from Google’s official app download store.

For the Honor 50 series specifically, the company plans to put the phones up for preorder in China on June 16. Broader availability – including the UK, France, Mexico, Malaysia, Russia, and Saudi Arabia – will follow later in the year, though no further details have been shared at this stage.

For the Honor 50, the chipset is the same, as are the rear cameras. However the screen is a 6.57-inch 120Hz panel, and the selfie camera loses out on the dedicated ultra-wide. The Honor 50 Pro has a 4,000 mAh battery with up to 100W fast-charging, while the Honor 50 has a slightly larger 4,300 mAh battery but only 66W fast charging.