This morning the Honor 10 was revealed in full, complete with release details and pricing too. This device is the brand’s self-declared flagship smartphone for 2018, and its primary aim is to bring “Beauty in AI” to the masses. This device’s other major feature is its “avant-garde design” – which we’ve been waiting for in the smartphone industry for some time. Now, to see if they’ve done it.

Honor calls their hardware “Aurora glass” and suggest that it rolls with “radiance from every angle.” This device has what Honor suggests is 15 layers of 3D glass on its back. Glass and color on this device were created at the The Paris Aesthetics Center, resulting in the next-gen tones Phantom Blue and Phantom Green.

For the hype crowd, this device embodies the technology the big-gun brands haven’t yet been bold enough to release. That is a front-facing ultrasonic fingerprint sensor under glass – not quite under the display, but under glass nonetheless. Also up front is a 5.84-inch FHD+ display. The front of this device has an 86% screen-to-body ratio and 19:9 near-bezel-less display.

Inside this device is an NPU processor with 4GB of RAM. Options include 64GB or 128GB internal storage, and the whole deal runs with EMUI 8.1 and a yet-untold version of Android. Battery size in this device is 3,400 mAh and it’s coming with Honor’s own Honor Super Charge for quick charging.

Yes, that is one massive camera up front. The backside camera works with “AI 2.0” technology, which means it’s going to be able to identify locations by the objects it sees – we’ll see about that. Honor suggests this camera “recognizes 500+ scenarios in 22 categories in real-time.” 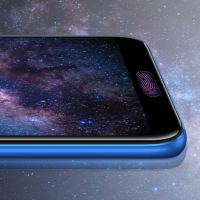 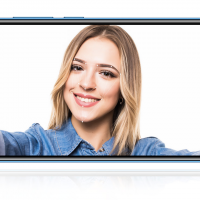 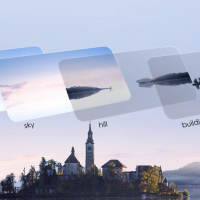 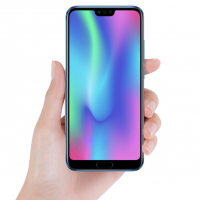 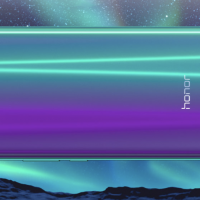 Users will be able to pick up the Honor 10 on May 15th starting at 16:00 BST inside the UK, France, Germany, Italy, and Spain. Other markets will follow soon. Pricing on this piece of work begin at 400 GBP, and we’ll see pricing around the world soon.

“We believe the recipe of success is simple – providing consumers with a really good product,” said George Zhao, President of Honor. “That’s what we work hard for everyday at Honor. But we don’t just stop at making a good product. We want to co-create a new lifestyle with young people worldwide. We listen to them, bounce ideas around with them, and cheer for them. They are our inspiration.”