Honda NeuV concept has an AI assistant with an “emotion engine”

Along with virtual, augmented, and mixed reality, artificial intelligence has become one of the biggest obsessions in the technology industry in recent years. Even car makers are getting into the game as well, offloading some of the control, and even some of the responsibility, to computer-driven agents. Honda’s latest concept vehicle, the NeuV, is perhaps the embodiment of how far car makers are willing to go in mixing AI and cars. In addition to be a self-driving electric vehicle, the NeuV has a smart assistant that can “read” your emotions and even earn you money on the sides.

The NeuV, which stands for New electric urban vehicle, has a virtual butler equipped with what Honda calls an “emotion engine”. In a nutshell, it tries to determine the driver’s current emotional state via body language, body readings, and current actions. It then mixes this data with the driver’s past actions and then attempts to make recommendations or, in the most drastic cases, even take action. It goes beyond the usual AI assistant capabilities of telling you your schedule, warning you about the weather and so on. 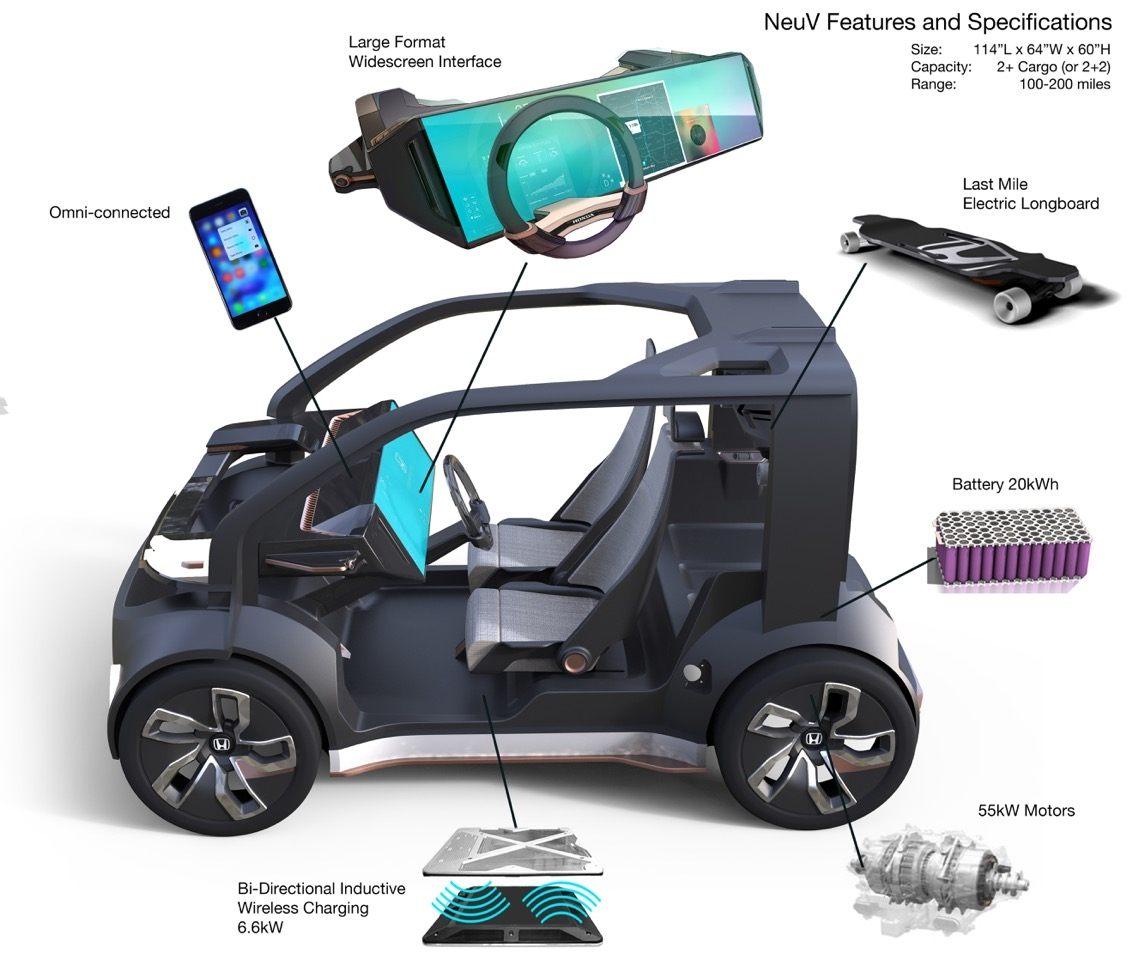 But the vehicle can also take some action on its own, sometimes to the owner’s financial benefit. Honda says that cars usually sit idle and parked 96% of the time. In those cases, with the owner’s permission of course, the NeuV can turn itself into a ride-sharing car, without the driver. This would match the dream of the likes of Uber and Lyft to have a fleet of self-driving, ride-sharing cars in the near future. Alternatively, the NeuV can also sell its stored electricity reserves back to the power grid when it’s not needed.

Interesting as it may sound, the NeuV is just one cog in Honda’s new “Cooperative Mobility Ecosystem” campaign, a fusion of artificial intelligence, robotics, and big data to drive the future of mobility, no pun intended. Robotics, for example, come into play in the Riding Assist motorcycle concept that uses robotics instead of gyroscopes to balance itself.

Big Data, on the other hand, is at work in its Safe Swarm concept. Emulating a school of fish, Honda cars talk to each other as well as to infrastructure and city navigation systems to ensure a smoother flow of traffic as well as to avoid vehicular accidents. These are just some of the forward-looking ideas and thrusts Honda has revealed at CES 2017, including partnerships with Visa for in-vehicle payment as well as DreamWorks Animation for in-vehicle entertainment.