Historic windpipe transplant could be huge news for COVID-19 patients

The first human tracheal transplant has been successfully completed, potentially paving the way to addressing medical conditions that contribute to thousands of deaths each year. The surgery, carried out by surgeons at Mount Sinai Hospital in New York City, took 18 hours to put a new windpipe into a patient who, until now, had been breathing through a tracheostomy.

“For years, the medical and scientific consensus has been that trachea transplantation could not be done because the organ’s complexity made revascularization impossible, and every previous attempt to perform in-human transplantation ended in failure,” Dr Eric M. Genden at Mount Sinai explains. He and his team worked to figure out how to provide sufficient blood flow to the windpipe during the operation.

The surgery itself took 18 hours, and was carried out on January 13, 2021. It involved a team of more than 50 specialists, the hospital says, including surgeons, nurses, anesthesiologists, and residents. They worked together to remove the trachea and associated blood vessels from the windpipe donor, then to reconstruct it within the 56 year old patient. 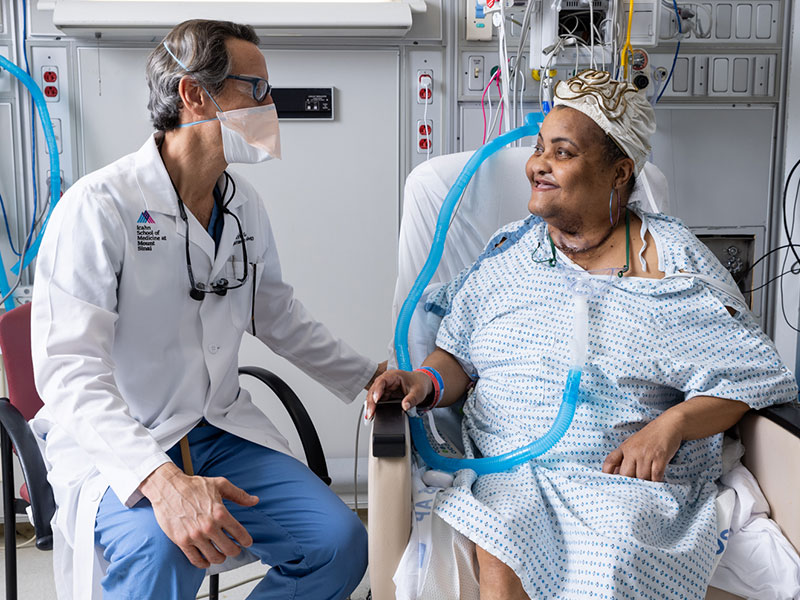 As you might assume, that was no easy process. It required effectively reconnecting the blood vessels and trachea from the lungs to the larynx, tapping a portion of the esophagus and thyroid gland to help provide blood supply to the trachea in the process.

The recipient is a 56-year-old female social worker from New York City, the hospital says, who had experienced severe tracheal damage after being intubated multiple times following an asthma attack. Multiple surgeries attempting to reconstruct her windpipe instead left it even more damaged. Finally, the tracheostomy – effectively a hole in her neck – was implemented, so that she could breath.

All the same, it’s not an ideal fix. She “was at high risk of suffocation and death because of the progression of her airway disease and likelihood of her trachea collapsing,” Mount Sinai explains. Following the procedure, there have been no signs of complications or organ rejection, though antirejection therapy is ongoing.

The groundbreaking surgery is an even more timely one, given the current health crisis. Tracheal damage can be a side-effect of being placed on a ventilator during severe cases of COVID-19, in addition to other causes such as diseases of the airway, burns, and tumors. The hope is that the success of the procedure will allow Mount Sinai to establish a full Tracheal Transplant Program, focusing on other patients with significant windpipe damage.

Note: the video below does show parts of a surgical procedure