This review contains a Chromebook, one that’s set to take the lowest end of the laptop market for a ride. For those of you that have a single tablet sitting on your coffee table for anyone to use, this Chromebook’s for you. If you’ve ever considered replacing the device you’ve been sharing from your pocket with one that sits on your mantle – this Chromebook’s for you. This is the Hisense Chromebook, and it’s simple. It’s also so inexpensive that you won’t cry (much) if your child destroys it. And what do you do with your hands when you’re just sitting around at home, watching TV? That’s right, fiddle around on the internet.

This is the kind of Chromebook you buy on a whim. It has an 11.6-inch, LED backlit HD display. With 1366 x 768 pixels across its face, it’s not the sharpest knife in the drawer. But it looks decent.

Viewing angles are fine for a single person. Don’t bring this machine to a party expecting everyone to watch a TV show on it. It’s not going to work.

Inside you’ve got a Rockchip processor that brings enough processing power for basic Chrome OS functions. Browse the web, watch videos, play web-based games, you’ll be good to go. You’ll also be running with 2GB of RAM to keep you rolling. 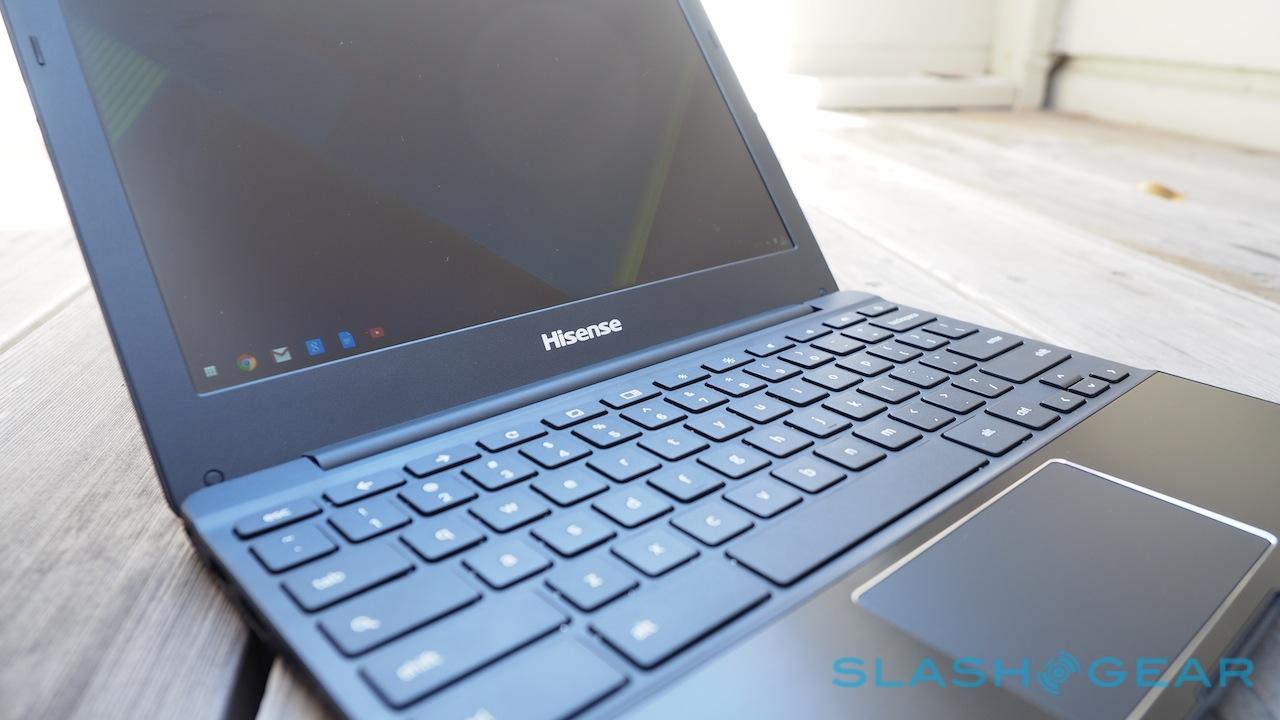 With a Rockchip processor inside, this machine is not as powerful as the Intel SoCs you’ll find on many higher-end Chromebooks, but it does the basics. It does the basics perfectly well. Well enough, anyway.

To transfer data physically – not through the web, that is – you’ve got a microSD card reader on this device. Transfer some photos from your smartphone to your computer and upload at will.

Inside you’ve got 16GB of storage space. That means you can download a bunch of photos from one website before you re-upload them somewhere else, no problem. Not much else you’re going to do with storage space on a device like this, anyway. It’s all about the web.

Inside you’ve got Chrome OS. The newest version of Chrome is far, far more diverse than the original release. If you’ve only ever seen Chrome back when it was launched, you absolutely MUST give it another try. It’s a whole different environment now.

With the Hisense Chromebook you’ll be watching videos and browsing the web. Using Chrome apps and extensions, and saving photos to your machine to upload them again, moments later.

The same stuff you do with your smartphone or tablet now, only here on a $150 notebook machine. Excuse me – Chromebook. Those are different things. 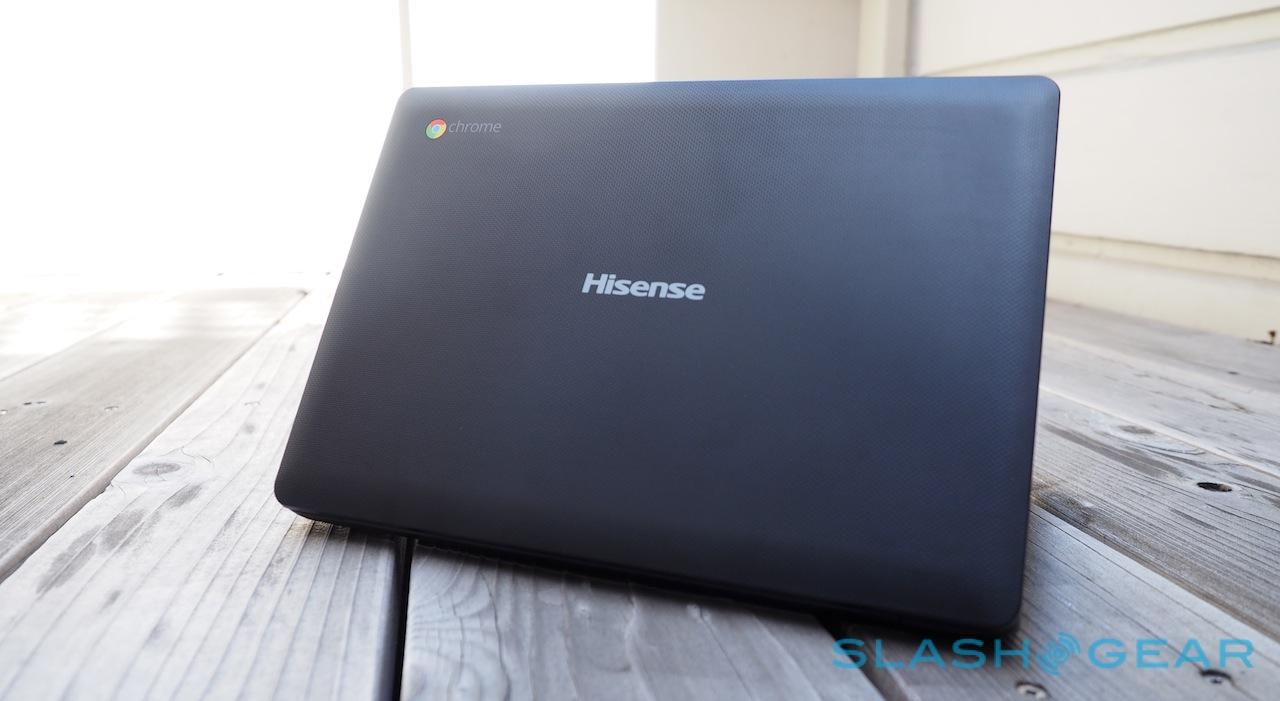 This Chromebook is for basic web browsing. Searching for information, reading, and social networking. This device is for email.

Can it compete with the most unique and abstract apps on the iPad? No. Can it replace the iPad if all you use the iPad for is checking Facebook, Pinterest, and Instagram?

The battery life on this device is around 8 hours on a very, very good day. That’s pretty awesome considering you can get an extra battery and switch it out at will.

That’s right, this Chromebook has a replaceable battery. Charge a few batteries up at home and roam around the country without a power plug if you dare.

At $149, the Hisense Chromebook is exactly what Google promised would come when they first introduced this operating system. Computers that cost less than smartphones, with just enough power to do what you need to do and not a whole lot more. 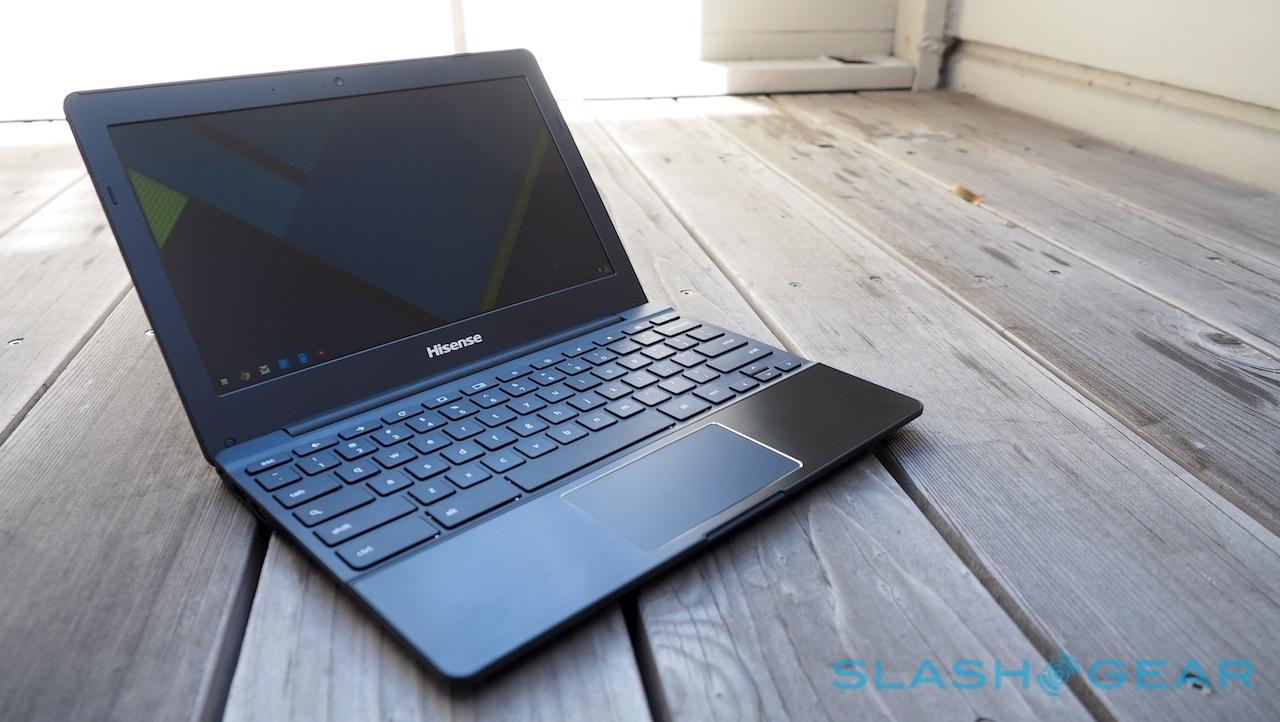 If this is any sign of what’s to come in the future for Hisense, we’ll be mightily impressed. We’ve got our eye on you.

Below you’ll see other Chromebook reviews we’ve done over the past couple of years. Feast your eyes and imagine internet-only functionality.