Hisense has launched its new 120-inch L5F Laser Cinema, a home entertainment laser projector and ambient light-rejecting screen for a theater-like experience in your living room. Hisense boasts a number of features with its new laser TV product, including 4K UHD, true-to-life picture quality, and more. 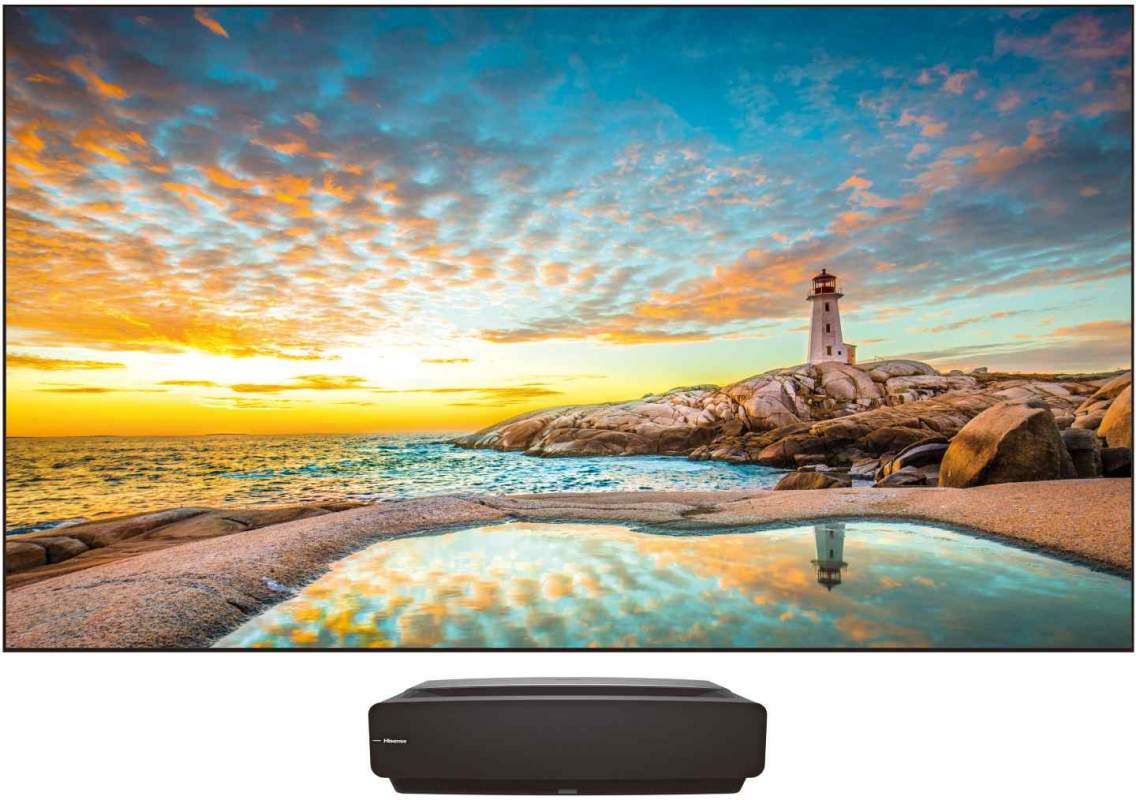 The projector can be placed 13.8-inches from the wall, meaning it won’t take up space or bring the unsightliness that comes with a traditional projector. The L5 light source supports 4K image quality and sports DLP Theater Technology from Texas Instrument.

Hisense says the projector’s image exceeds the Rec. 709 standard when it comes to the color range, plus it covers 83-percent of DCI-P3. Beyond that, the home cinema device supports HDR10 and HLG, both DMD and MEMC technology that smooths and enhances motion, and built-in 30-watt speakers with dbx-tv.

Beyond the hardware specs, the Hisense L5F Series Laser Cinema is loaded with Android TV and therefore supports a huge number of entertainment apps, including popular platforms like Netflix and Hulu. The laser projector is joined by a voice remote for using Google Assistant.