Heroes of the Storm is getting Ana and Junkrat from Overwatch

Blizzard had some big Heroes of the Storm announcements to make during today’s Heroes Global Championship matches. The next heroes coming to the game both come from Overwatch: the sniper Ana and the explosives enthusiast Junkrat. They won’t be alone, either, as Blizzard also revealed a bunch of new skins and a new battleground modeled after Overwatch‘s Volskaya Industries.

Though Blizzard didn’t share too many details on Ana or Junkrat, we can pretty much assume that they’ll play similarly to how they do in Overwatch. Blizzard did confirm that Ana’s healing will be based entirely on skillshots, so expect her to have a fairly high skill ceiling. Aside from that, though, we’ll have to wait for spotlight videos on both of these heroes to find out more. 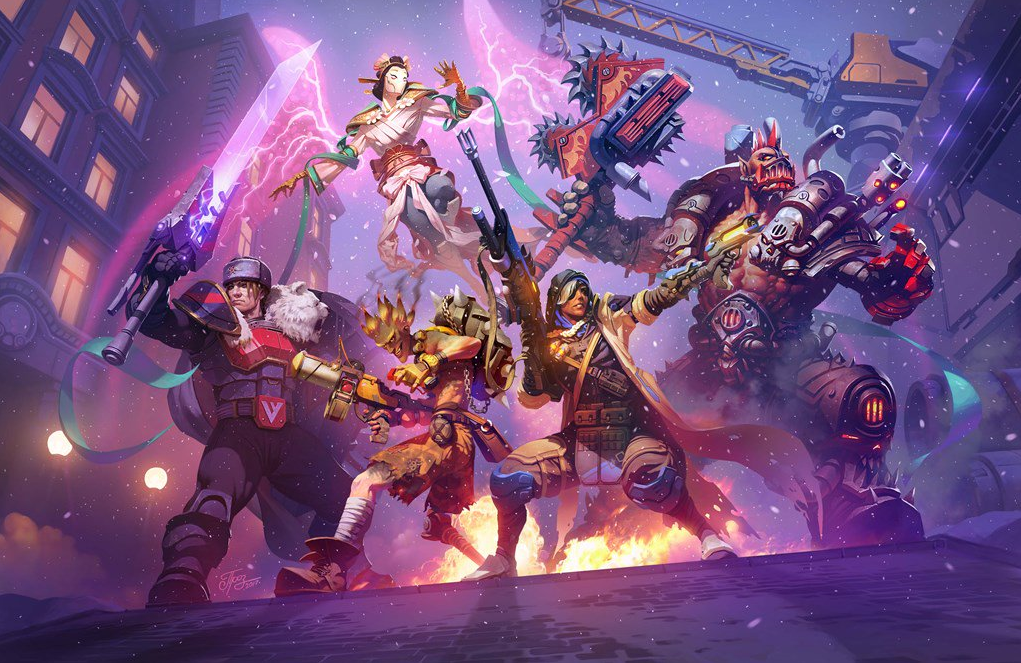 However, Blizzard did explain how games on the new Volskaya Foundry battleground will play out. Volskaya Foundry is a medium-sized three-lane map that has three control points arranged in a column down the middle. At certain points throughout the game, those control points will activate, and your team will need hold one just as if you were playing Overwatch.

As you hold a control point, a gauge in the bottom-right corner of the screen climbs from 0% up to 100%. The first team to get their victory gauge to 100% will earn a Triglav Protector. The giant mech is controlled by two players – one player controls movement and siege abilities, while the other controls attack abilities. The Triglav Protector can then be used to push a lane or lay waste to the enemy team.

Volskaya Foundry also adds a brand new mechanic to Heroes of the Storm: conveyor belts. These surround certain control points, and if you’re not careful, they might make it a lot easier for the enemy team to get a kill. You can learn more about Volskaya Foundry in the video above, and if you’re a Heroes player, be sure to hop down to the comments section and let us know what you think of this new map!